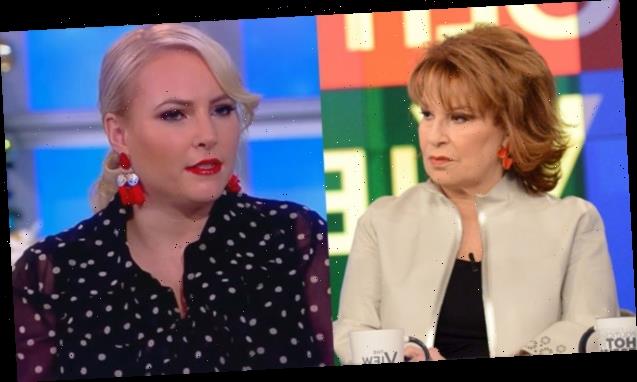 While appearing on ‘Watch What Happens Live with Andy Cohen,’ Meghan McCain shared a message for Joy Behar. Joy said she did ‘not miss’ her while Meghan was on maternity leave!

Meghan McCain, 36, admitted that she has had a “rough reentry” back into The View, following a three-month maternity leave from her talk show. Not only does Meghan have to deal with the tense political climate, but tensions on set: Joy Behar point-black said “I did not miss you, zero” to Meghan on the Jan. 5 episode of The View. It had only been Meghan’s second day back on the job, and she shared her true thoughts on Joy’s curtness after Andy Cohen inquired about it on the Jan. 11 episode of Watch What Happens Live with Andy Cohen.

“So it’s been such a rough reentry back into The View,” Meghan began, after welcoming her first child with husband Ben Domenech. “I mean I was on maternity leave for three months. I had a really hard birth, actually. I remember texting when I was in the hospital. I had preeclampsia, I had to have a magnesium drip.”

“I had a really hard time getting back to work,” Meghan later said, pointing out the “horrific attack on the Capitol” in Washington, D.C. on Jan. 6. With that said, Meghan moved onto her main point: Joy.

“And I will say, I missed everyone. Even if some people didn’t miss me, I miss the show. We’re a family,” Meghan revealed. She continued, “All these women were at my dad’s [John McCain‘s] funeral, we’ve been through a lot of sh-t together. I miss being on the show and I hope that we can all be examples, myself included, for where the show should go forward. Because whether we like it or not, I’m not going anywhere on the show, Joy’s not going anywhere on the show. We all have to live and co-exist together, just like Americans right now.” 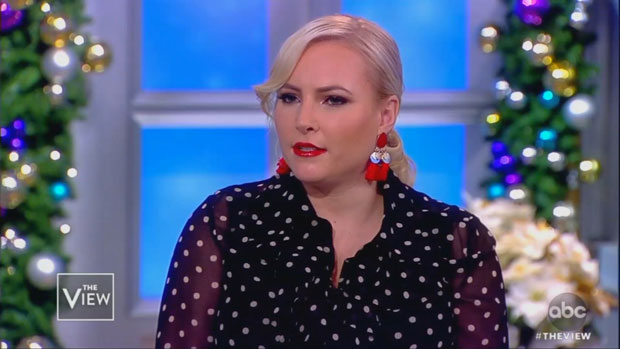 Meghan was also not looking for an actual fight when she poked fun at Joy during that episode of The View that she was referring to. “Joy, you missed me so much when I was on maternity leave. You missed me so much. You missed fighting with me,” Meghan said amid a squabble on the Jan. 5 episode. However, Joy did not appreciate being interrupted.

“I did not. I did not miss you. Zero,” Joy said, and not in a lighthearted way. Meghan took offense, snapping back, “Oh, my God. You know what? That’s so nasty. That’s, like, so nasty,”“I was teasing but you said something rude. Really?”