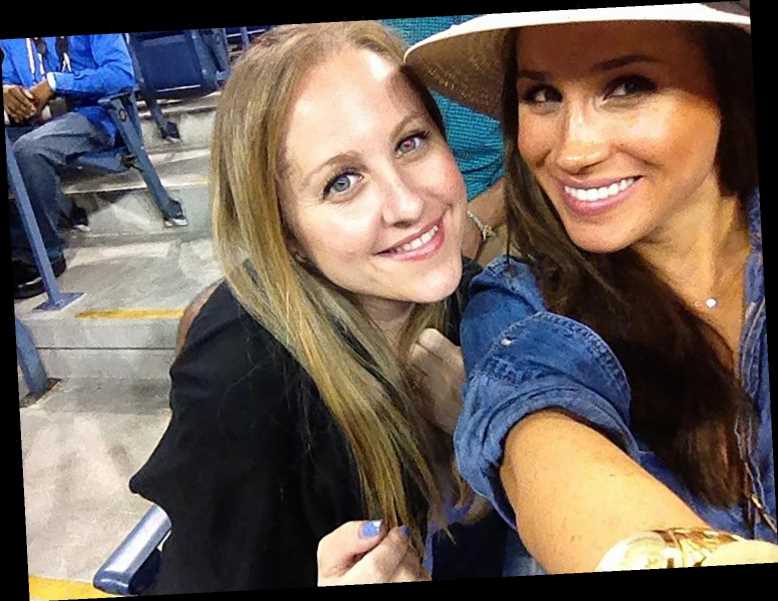 Meghan Markle's longtime friend, writer and television producer Lindsay Jill Roth, is speaking out amid bullying allegations against the Duchess of Sussex that she has denied.

The What Pretty Girls Are… author defended Meghan in a lengthy Instagram post on Thursday, writing, "Meg's M.O. has always been kindness; goodwill runs in her bones. I know this to be true after 22 years of very close friendship. I have seen firsthand how she treats her friends and their families, and her colleagues."
⁣
"If she's driving with you in the passenger seat, she will fling her right arm in front of you at the slightest bump in a gesture of love to ensure your safety," Roth continued. "If you have a specific goal, she will help you get there, and your passions will become hers on your behalf."

"If you ever have the pleasure of meeting Meg – and I hope more of you do – you will see the altruistic, magnanimous friend who I am so lucky to have in my corner," she wrote.

Roth also described Meghan, who served as the Maid of Honor at her wedding, as "laugh out loud funny" and "smart."

RELATED: Meghan Markle 'Saddened' by 'Attack on Her Character' amid Bullying Allegations from Palace Staffers

Roth's post comes just days after The Times in the U.K. claimed that Meghan faced a bullying complaint made by one of her close advisers during her time as a working royal at Kensington Palace — something her office has strongly refuted.

"The Duchess is saddened by this latest attack on her character, particularly as someone who has been the target of bullying herself and is deeply committed to supporting those who have experienced pain and trauma," a spokesperson for Meghan and Prince Harry said in a statement obtained by PEOPLE. "She is determined to continue her work building compassion around the world and will keep striving to set an example for doing what is right and doing what is good." RELATED: Meghan Markle Says Palace Had an 'Active Role' in 'Perpetuating Falsehoods' About Her and Prince Harry

On Wednesday, Buckingham Palace announced that it will be launching a probe into the bullying allegations.

"We are clearly very concerned about allegations in The Times following claims made by former staff of The Duke and Duchess of Sussex," the palace said in a statement. "Accordingly, our HR team will look into the circumstances outlined in the article. Members of staff involved at the time, including those who have left the Household, will be invited to participate to see if lessons can be learned."

"The Royal Household has had a Dignity at Work policy in place for a number of years and does not and will not tolerate bullying or harassment in the workplace," the statement continued.

In a recent preview for her highly anticipated CBS interview with Oprah Winfrey, Meghan said that she doesn't see how the royal family could expect her and her husband to stay "silent."

"I don't know how they could expect that after all of this time, we would still just be silent if there is an active role that the Firm is playing in perpetuating falsehoods about us," Meghan said — "the Firm" referring to the institution of the royal family. "And if that comes with risk of losing things, I mean I — there's a lot that's been lost already."

The interview is expected to cover Meghan's journey from stepping into life as a royal to marriage, motherhood, philanthropic work and facing intense public pressure. Harry will then join his wife to talk about their historic move to the United States.