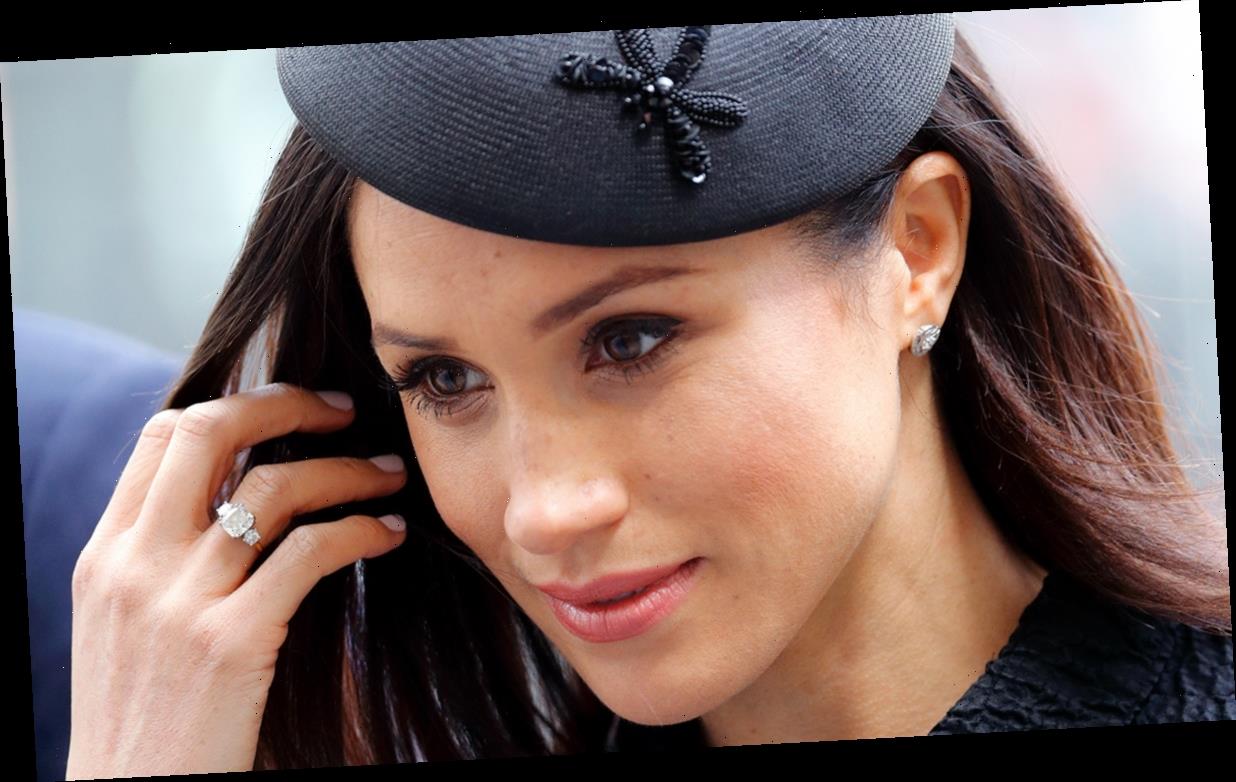 The Duchess of Sussex was presented with a beautiful gold trilogy engagement ring when Prince Harry proposed in November 2017, but just over 18 months later Meghan revealed a significant change to the ring, having replaced the yellow gold band with a delicate diamond-studded band.

It is unknown whether Meghan is currently wearing the special ring in LA as she was spotted without it during her previous pregnancy with Archie, likely due to swelling in her fingers.

WATCH: Most expensive royal weddings of all time

However, it has now emerged that it was Prince Harry’s decision to upgrade the band, and the work was carried out at the same time that he ordered a bespoke eternity ring for his wife as a gift for their first wedding anniversary.

In the new royal biography, Finding Freedom, authors Omid Scobie and Carolyn Durand explain: “On May 19, 2019, Harry also surprised his wife of one year with the gift of a ring that he had created with jeweller-to-the-stars Lorraine Schwartz, a favourite of Meghan’s.

“The conflict-free diamond eternity band paid homage to the family of three with Meghan’s, Archie’s and Harry’s birthstones (peridot, emerald, and sapphire, respectively) on the underside of the ring.”

The jeweller told the authors that Harry wanted to make the eternity ring “special”. She added: “‘He’s the loveliest person ever. So romantic, so thoughtful.’ (So much so that Harry also thought to have Lorraine resize and reset Meghan’s engagement ring with a new diamond band.)”

A before and after look at Meghan’s engagement ring

Eagle-eyed fans first noticed the changes to Meghan’s engagement ring at her post-baby appearance at Trooping the Colour in 2019. The original band was made of gold and the ring was created by Cleave and Company, Court Jewellers and Medallists to Her Majesty the Queen.

The trilogy ring boasts a large central diamond flanked on either side by two smaller jewels. The stones were specially selected by the Prince; the central diamond is from Botswana, where the couple previously vacationed together, and the other two diamonds are from his late mother’s personal collection.

Finding Freedom: Harry and Meghan and the Making of a Modern Royal Family, £13.60, Amazon

“The ring is obviously yellow gold because that’s [Meghan’s] favourite and the main stone itself I sourced from Botswana and the little diamonds either side are from my mother’s jewellery collection, to make sure that she’s with us on this crazy journey together,” Harry said during the couple’s first sit-down interview with the BBC, hours after they announced their engagement.