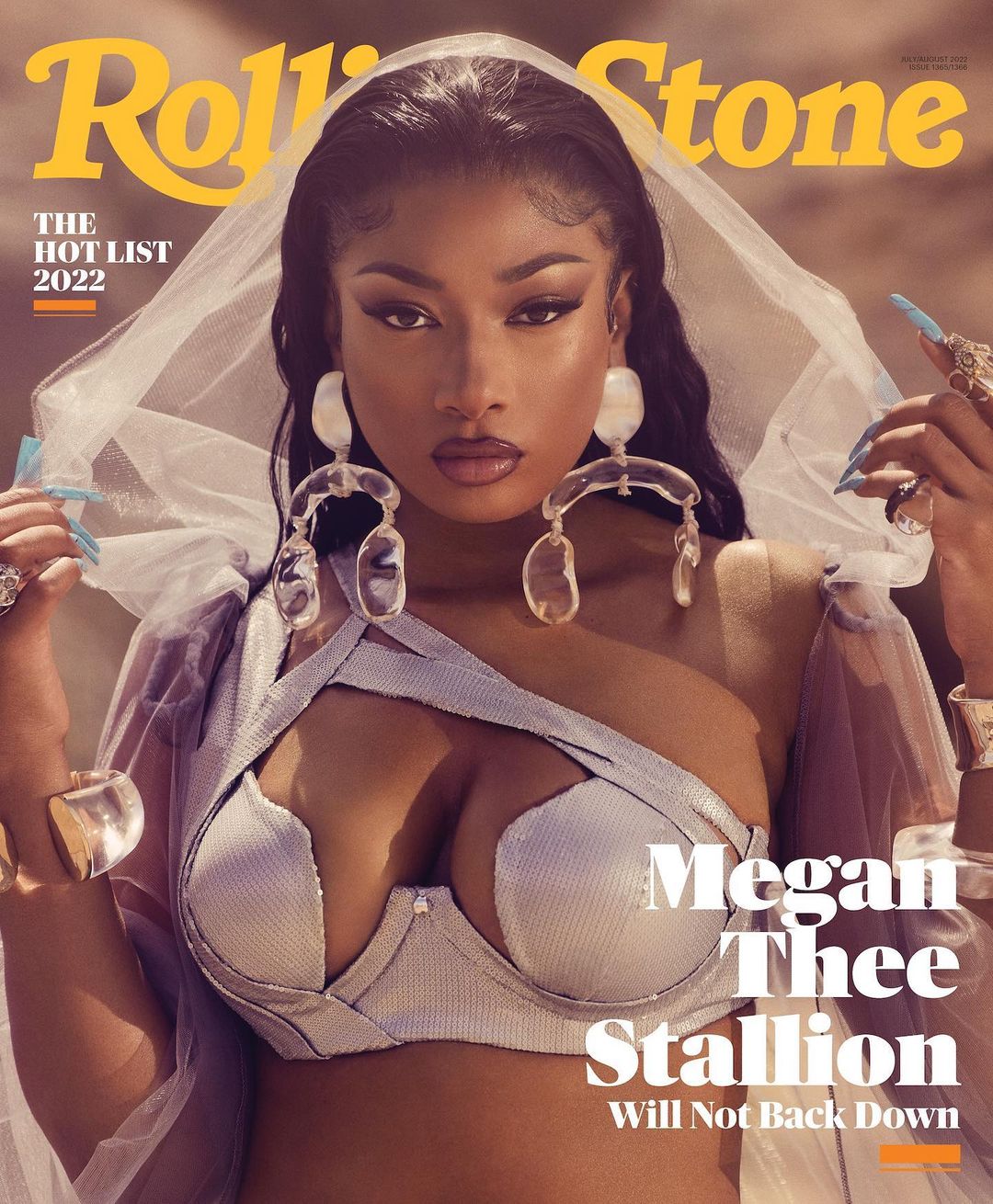 Megan Thee Stallion covers the latest issue of Rolling Stone. A huge chunk of the article/cover interview is devoted to Tory Lanez shooting Megan in July 2020. Megan is still talking about it because it’s still an ongoing thing. Not only is Megan still processing the trauma of being shot by a man she thought was her friend. She is still dealing with significant trust issues after watching her friends turn on her after she was a victim of a crime. She is still dealing with a coordinated smear campaign online and in life, led by Lanez and a racist, patriarchal society hellbent on lying about Megan. And finally, she’s still dealing with the actual legal issues, as she will testify against Lanez in his LA trial this year. Some highlights from Rolling Stone:

She thought she & Lanez were friends: “I thought we had a real connection,” she says of Lanez. She believed she and the rapper had bonded over the mutual loss of their mothers; Lanez’s mom died of anemia complications when he was 11. “I thought he knew me. And I never would’ve thought he would’ve shot at me at all. I never put my hands on this man. I never did anything to him. There was an argument. People argue every day. Friends argue every day.”

Her grueling physical recovery. “What nobody knows is, I had to get the surgery the same night. I stayed in the hospital in California for maybe four days. Then I was in New York for a while. Both of my legs wrapped up. I could not walk. I still have bullet fragments in my feet right now. I was very scared that I was not able to be Megan Thee Stallion no more. And I was f–ked up.” She began physical therapy in New York before traveling to Tampa, Florida, where she regained the ability to walk.

She feels shame: “I feel shame, a little bit, because even after he shot me, I still was thinking about everybody else in the car. I thought everybody in the car was my friend, [and] the whole time, that’s not how they thought of me. That’s what really hurts.”

Megan claims that her friend Kelsey Harris met with Lanez at a hotel less than two days after the shooting. “I’m like, ‘Kelsey, as my best friend, why would you meet up with the person you saw shoot your best friend?’ She said, ‘Megan, y’all wasn’t answering my calls. My back was against the wall. I didn’t know what to do.’ What the f–k do you mean your back is against the wall? You’re the only person in this situation that would clear this up for me. This girl told me out her mouth, ‘He told me, “Oh, thank you for not saying nothing. Now let me invest in your business. Let me do this. Let me do that.”’ And all I know was, from that day on, she never said nothing else about the whole situation online.”

She appreciates the support she does get online: “When I see Thee Hotties care about my mental health, they’ll be like, ‘OK, girl, you don’t want to get online. That’s fine. Oh, Megan, I’m just sending you love and support today.’ I’m like, ‘Y’all know my spirit!’”

She is bewildered at becoming the villain of the narrative. “​​I see people saying, ‘Damn, I would’ve shot that bitch too.’ In some kind of way I became the villain. And I don’t know if people don’t take it seriously because I seem strong. I wonder if it’s because of the way I look. Is it because I’m not light enough? Is it that I’m not white enough? Am I not the shape? The height? Because I’m not petite? Do I not seem like I’m worth being treated like a woman? I’m trying every day to get through it and be good. I feel so bad because I don’t feel like anybody’s taking me seriously, but I don’t want them to see me cry. I don’t want them to know that I feel like this, because I don’t want them to feel like, ‘Oh, I got you. I’m breaking you.’”

My heart aches for her. It always has. What she’s gone through in the past two years has been awful in every direction. She was the victim of a violent crime and a man she thought was her friend was the perpetrator. Then she’s had to deal with all of this psychotic aftermath, with people lying about her and claiming all kinds of crazy bullsh-t. Anothing thing driving me crazy is that this too is part of the Me Too backlash, the anti-Believe-Women. When Megan testifies against Lanez in his criminal trial, will the jury believe her? Will Lanez eventually try to abuse Megan further using the legal system?