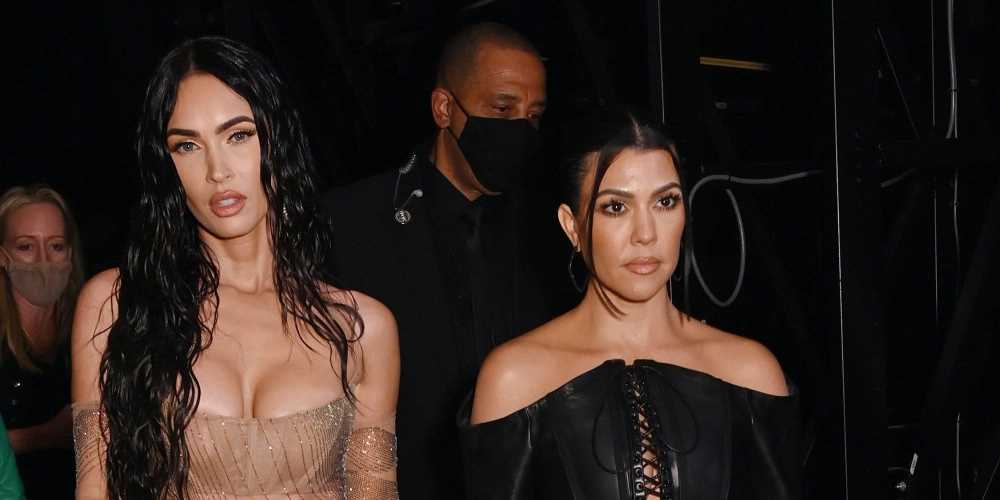 Megan Fox and Kourtney Kardashian have already cornered the market on iconic double dates with their respective partners, so it only makes sense that they've now teamed up for a jaw-dropping new campaign.

On Wednesday, Kim Kardashian's shapewear brand Skims released photos of Megan and Kourtney posing in the brand's underwear in a new photoshoot. In a photo Fox shared to Instagram, the two could be seen posing topless in the brand's high-waisted bikini underwear.

The official Skims account also shared photos of Fox and Kardashian embracing and biting into an apple while wearing matching black bralettes and panties.

Fox and Kardashian, who are dating Machine Gun Kelly and Travis Barker, respectively, have been spotted on numerous double dates together over the past year.

At the VMAs this month, Fox and Kardashian appeared onstage together to introduce a performance from their "future baby daddies."