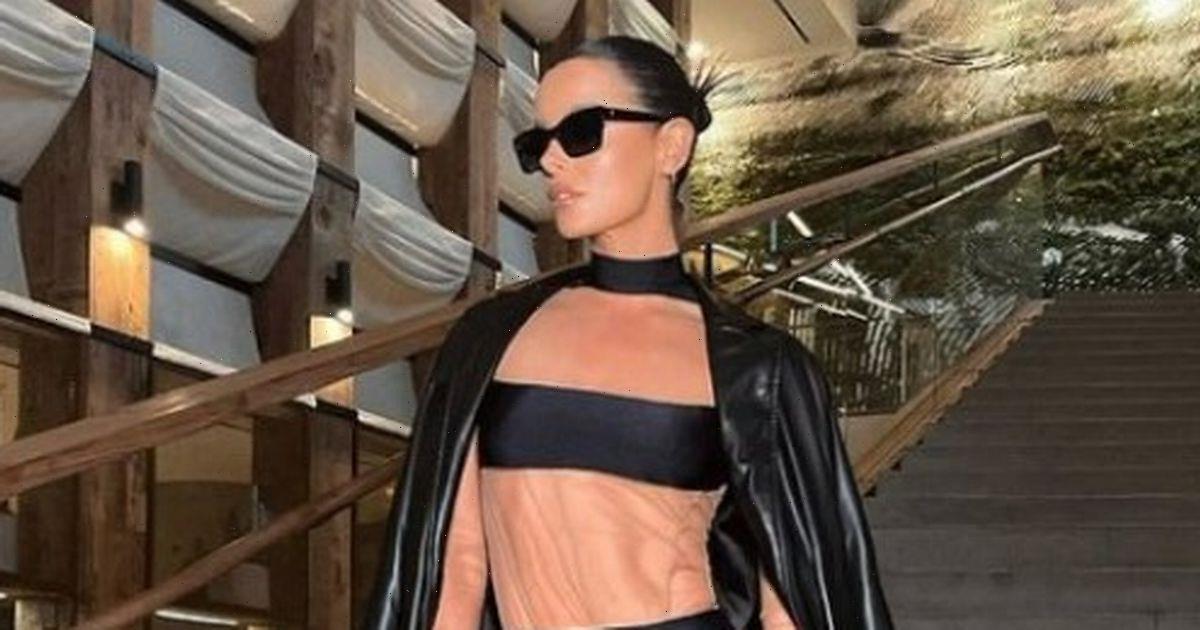 Maura Higgins cut a stylish figure as she took to her social media platform shortly after landing in Los Angeles for a sun-kissed getaway.

In a post shared to her Instagram account on Wednesday, the 31 year old, who recently showed off her glamorous new blonde do, wowed in a black semi-sheer, cut-out number.

The black panelled one-piece showed off the Love Island reality star's figure, while covering her modesty.

Style star Maura added to the look by propping a black leather trench coat atop her shoulders and boosting her height in a pair of towering high heels.

Maura completed the look by styling her brunette locks into a tight bun and wearing a pair of chic shades atop her pretty features.

Gazing sultrily into the distance, the star captioned the image: "Matrix debut" and also tagged that she was in West Hollywood.

Her pals couldn't help but comment on the snap, with Faye Winter writing: "You're amazing."

Michelle Visage wrote: "I have this outfit. Shockingly it doesn't look the same on me."

Taking to her Instagram Story, Maura was soaking up the sunshine as she was seen popping on her shades while revealing she "missed LA".

While Maura is having all fun and games now, she recently urged fans to go to their health appointments as it could save their lives.

Taking to Instagram Stories, Maura documented her trip to the hospital as she told her 3.4million followers she had a smear test and blood tests.

Opening up about her experience, she said it was "absolutely fine" and urged others to book in for a smear test.

"If anyone ever says to you that a smear test is painful, uncomfortable or anything, they are drama queens. I do not care," she said.

"I've had smears in the past, and they never hurt. I had one today, didn't even know I was getting one, and it was absolutely fine."

Maura later said: "So many people are actually saying that they found their smear tests painful.

She went on to speak about other procedures as she continued: "The way I look at it, people are dying every single day of the week. A smear test, an internal check, blood tests – they take a split second.

"And honestly, it could save your life, so I think it's so important."