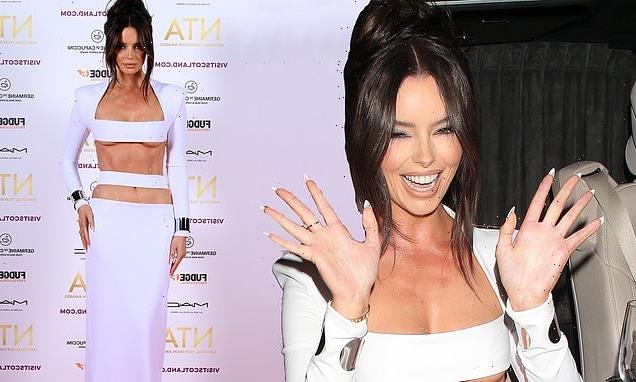 Former Love Island star Maura Higgins appeared to have a great time at the National Television Awards in London on Thursday.

The TV personality, 31, was all smiles as she left the coveted awards show, even posing with fans for selfies as she made her way out.

Maura looked nothing short of sensational on the evening, flashing her washboard abs in a daring white figure-hugging dress. 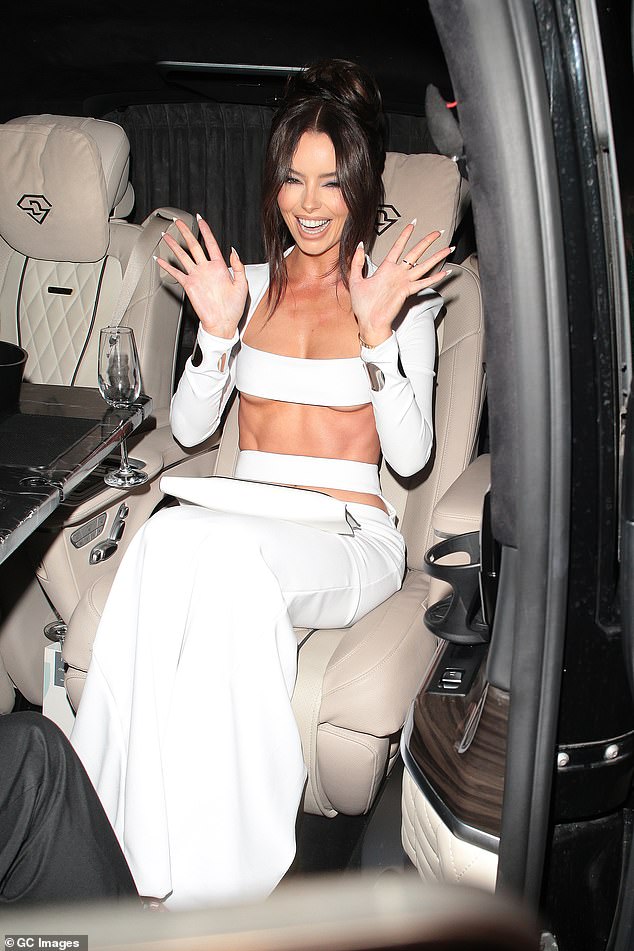 Good night? Maura Higgins was all smiles as she left the National Television Awards in London on Thursday

Maura looked incredible in her white frock, which featured daring cut-outs over the waist and bust.

Her dark locks looked incredible styled in a high bun, with her front layers out and around her face. 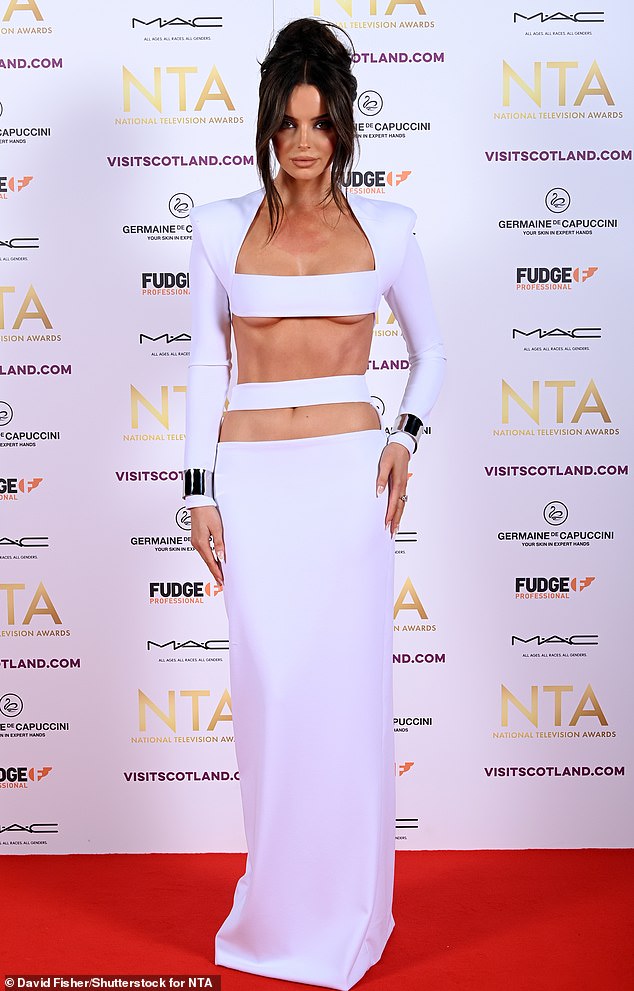 Stunning: Maura looked incredible as she arrived on the red carpet at the event earlier in the evening 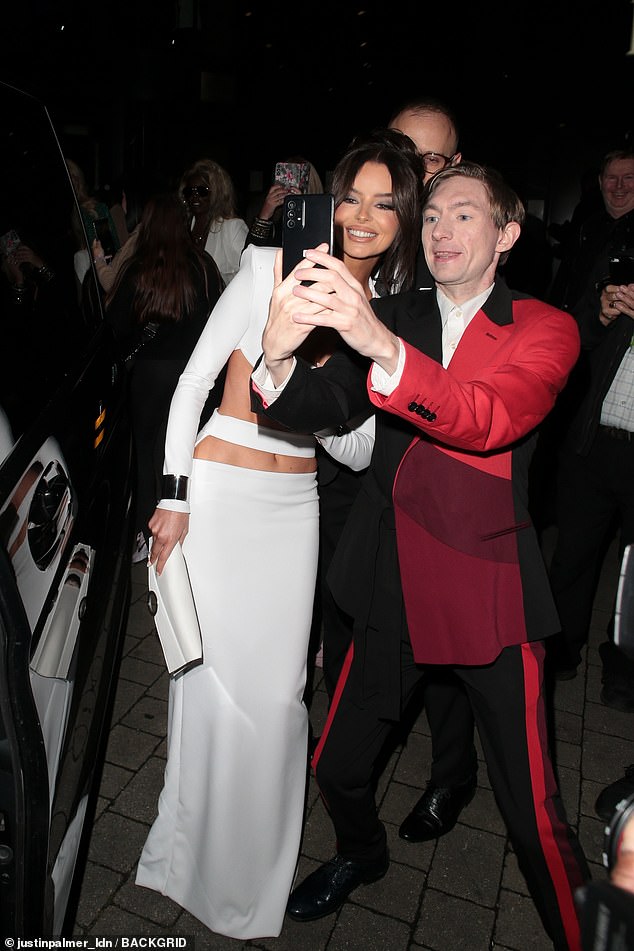 In good spirits: The TV personality, 31, even posing with fans for selfies as she made her way out 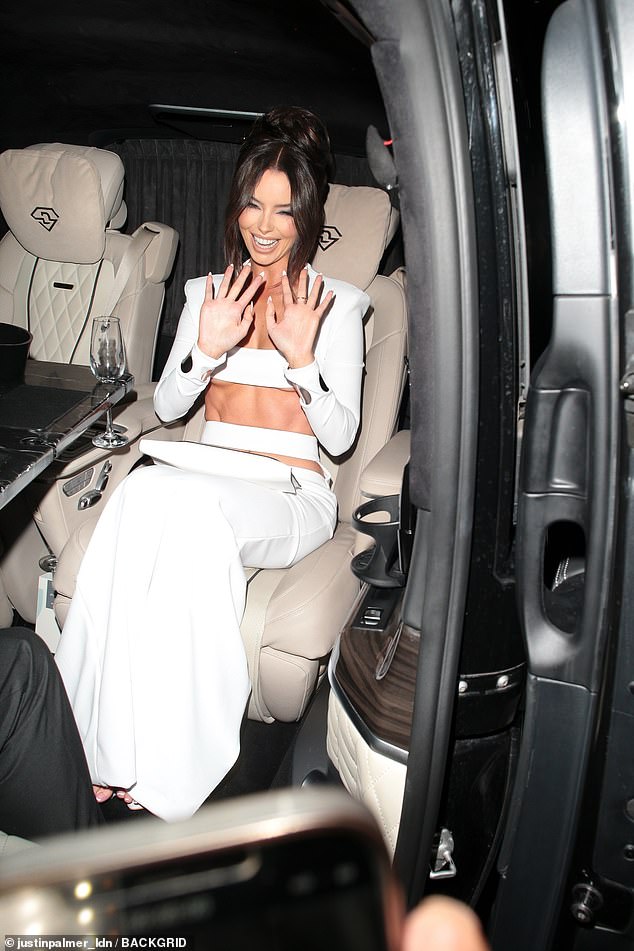 Flawless: Maura looked incredible in her white frock, which featured daring cut-outs over the waist and bust

Earlier, she graced the red carpet, looking perfect from every angle in her figure-hugging frock.

Ensuring all eyes were on her as she walked the red carpet, she completed her look with a pair of heels.

The Irish beauty added to her outfit with a pair of silver wristbands while she styled her brunette locks into an updo.

Displaying her sun-kissed glow, Maura added to her look with a light palette of makeup.

This year’s NTAs were broadcasted live from a brand new venue of Wembley’s OVO Arena with Joel Dommett hosting. 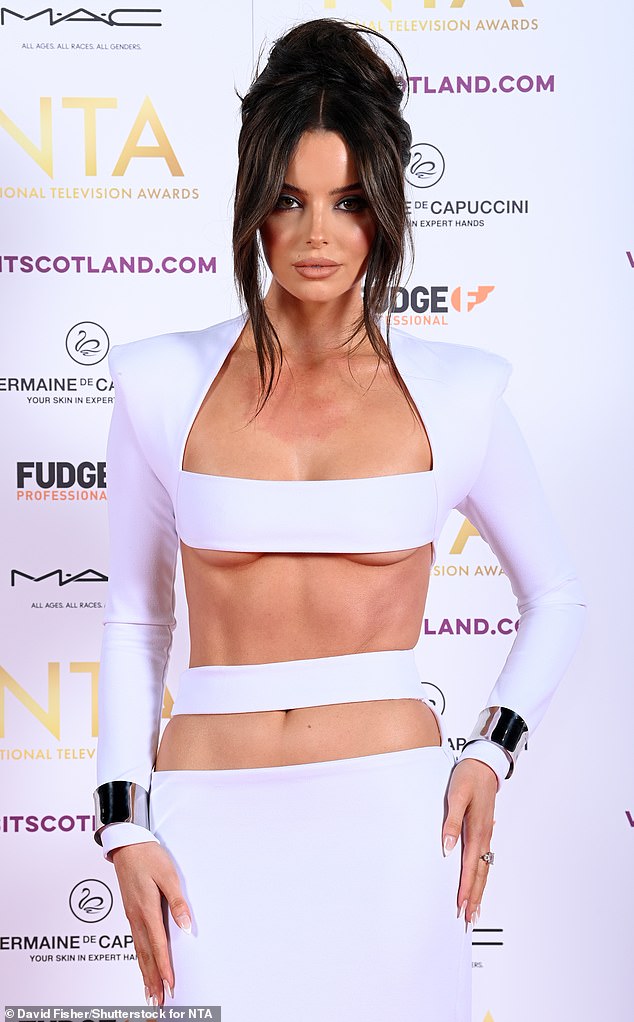 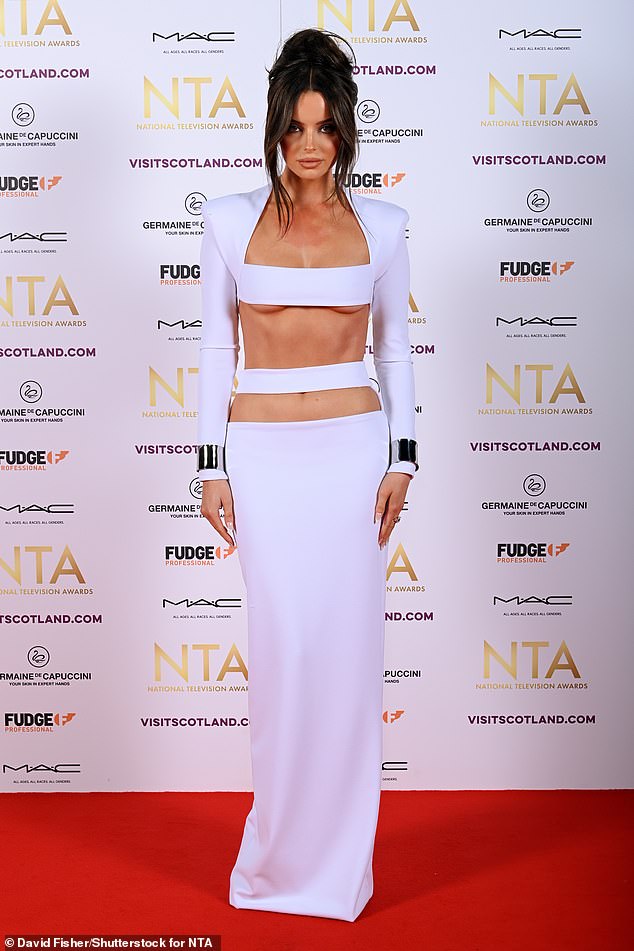 Sir Lenny Henry was presented with the coveted gold Special Recognition Award at the annual ceremony on Thursday night.

This year’s National Television Awards honoured the 64-year-old and his trailblazing career in UK television, which has endured for nearly 50 years.

Sir Lenny has been a mainstay on TV for nearly 50 years, starting with his 1975 victory on New Faces at the age of 16 which led to further acclaim on such era-defining shows as Tiswas and Three of a Kind.

Flawless: The Irish beauty added to her outfit with a pair of silver wristbands while she styled her brunette locks into an updo 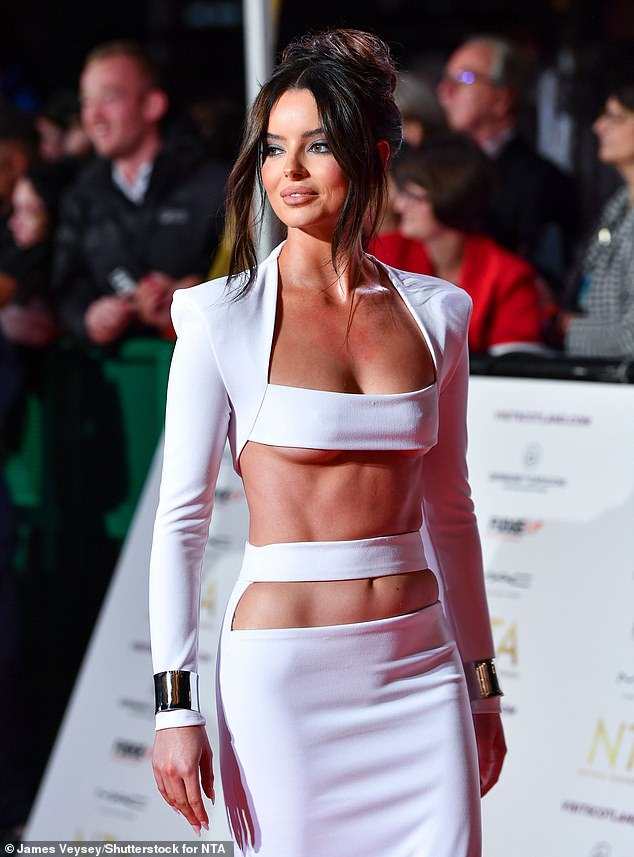 Looking good: Maura ensured all eyes were on her as she walked the red carpet

Breaking new ground for black talent, he went on to experience huge success with his own sketch comedy series before playing a key role in the formation of Comic Relief.

Other winners on the night included Ant McPartlin and Declan Donnelly who took home their 21st consecutive Best Presenter award.

However, the pair are both currently sick with Covid and were not at the ceremony so fellow presenter Stephen Mulhern accepted the gong on their behalf.

The talent show award was won by Strictly Come Dancing while This Morning took home the daytime award.

This Is Going To Hurt

Julia Bradbury: Breast Cancer and Me

Katie Price: What Harvey Did Next

Paddy and Christine McGuinness: Our Family and Autism

Tom Parker: Inside My Head

Paul O’Grady: For the Love of Dogs

The Great British Bake Off

I’m A Celebrity… Get Me Out Of Here! – WINNER

In for a Penny