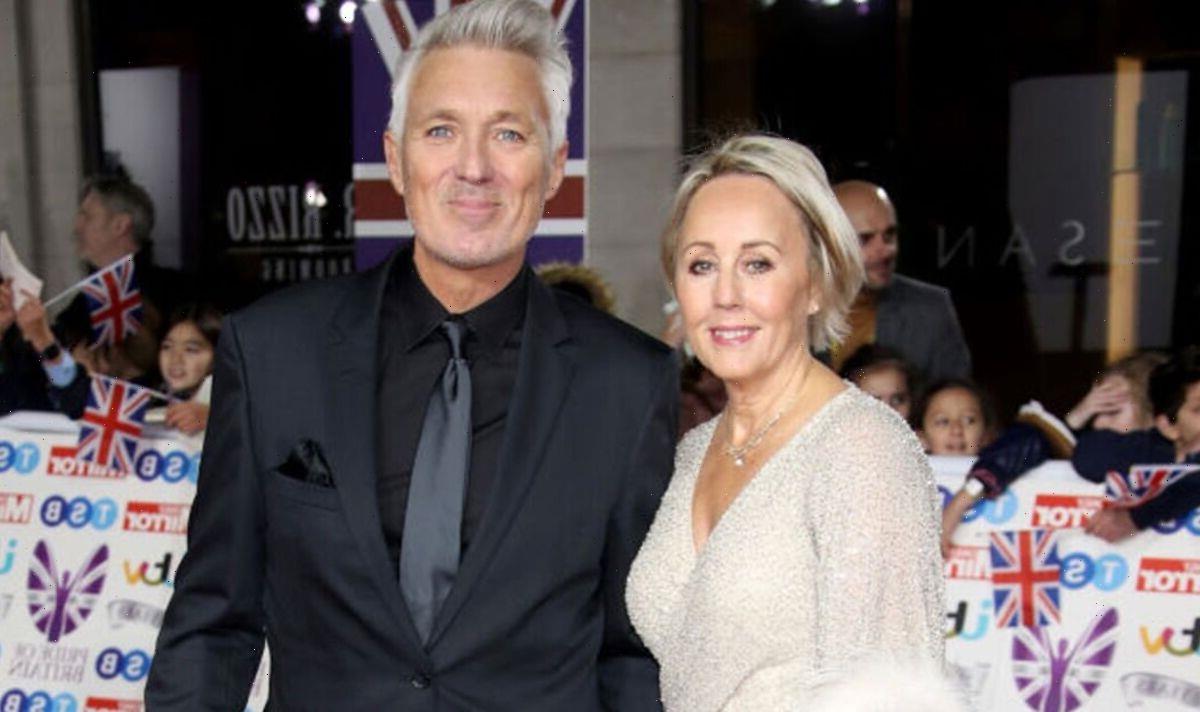 Martin Kemp and wife discuss passion they have for gardening

Spandau Ballet star Martin Kemp, 61, and his wife Shirlie Kemp, 60, have been married since 1988 but the 80s pop singer admitted their first exchange did not go to plan. Shirlie is best known for being a former backing singer of the group Wham!, and one half of the 1980s pop duo, Pepsi & Shirlie.

Martin explained the first time he had seen Shirley was at his parent’s home while sitting down watching Top of the Pops.

The Spandau Ballet star was admittedly infatuated with his other half before he even knew her name.

“The first time I saw her was an appearance with Wham! on Top of the Pops,” he mused, while speaking to Kate Thornton on her podcast White Wine Question Time.

The former EastEnders actor said he had been watching the music chart show in a bid to check out the other musical talents – who he deemed “competition”.

Once he laid eyes on Shirlie, he admittedly “fell absolutely in love through the TV screen”, adding the attraction was “immediate”.

He went on to ask around about the unknown blonde star he saw on the TV before bumping into his now wife at an afterparty.

Martin said: “It was at a show by the McGann Brothers called Yakety Yak. And she is standing on the other side of the room.

“Obviously, your heart flutters a little bit. I go over and give her my number.”

The former EastEnders star continued: “But when I go over I get a really strange reaction. It wasn’t what I wanted.

“She said later, it was because ‘you were wearing too much makeup.'”

Kate cheekily interjected and said Shirlie had previously told her it the rejection was not intentional.

According to the podcast host, the Wham! backing singer had been out the same day with George Michael and they had gone swimming.

To Shirlie’s dismay, Martin had approached her while she had been smelling of chlorine, wearing no makeup and wanted the “hot guy from Spandau Ballet to go away”.

“That’s her fault!” Martin hit back. “You don’t go swimming then go straight to the theatre.”

He added: “But anyway, I thought she looked absolutely stunning.”

Three weeks later, George dialled Martin’s number and told Shirlie to make a date with the Spandau Ballet star before he was off the market.

Shirlie retired from steady performing after the birth of the couple’s daughter, Harley Moon, in 1989, a year after the couple tied the knot in St Lucia.

The couple also share son Roman Kemp, 29, who is a presenter on Smooth’s sister station Capital and is also a regular on Celebrity Gogglebox.

Martin and Shirlie released their first ever duet album in 2019.