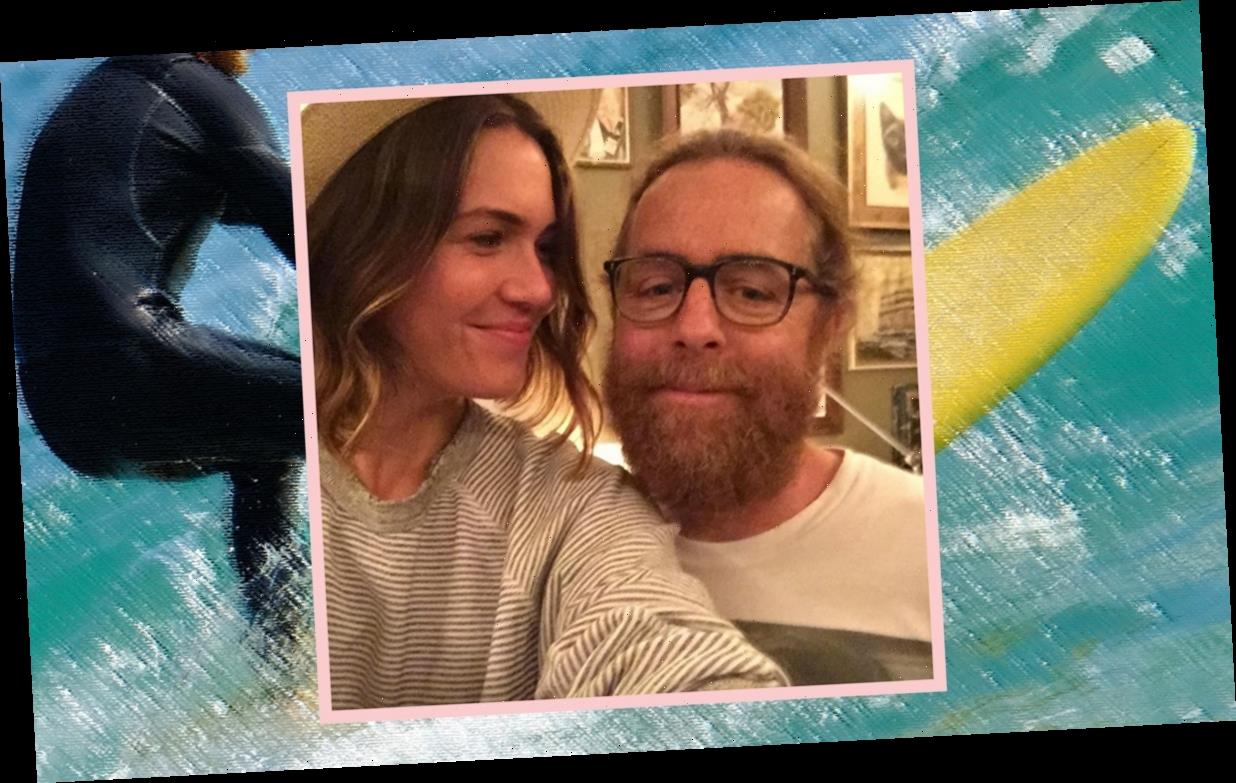 What a horrible and senseless tragedy…

Mandy Moore and her husband are in mourning after a friend was killed in a terrifying accident on Saturday. As she wrote on Instagram on Sunday:

“Oh goodness. It’s so hard to write these words. Yesterday, our dear friend Gerry G passed away suddenly in a surfing accident and it just doesn’t feel real.”

According to the Ventura County Star, Gerald “Gerry” Gilhool Jr. was surfing at Rincon Point in Carpinteria, California on Saturday afternoon when he collided with another surfer.

The waves were reportedly quite large that day, per witnesses, and Gerry, a very experienced surfer, was riding down the face of a big one. Unfortunately, there was another surfer just under the surface of the water at the bottom of the wave, and he didn’t see him in time to avoid the hit. His board’s fin struck the other surfer right in the nose, slicing his head open. The impact sent Gilhool wiping out into the water, apparently quite hard; he had to be brought back to the shore unconscious on his board.

Ventura County firefighters and paramedics arrived quickly on the scene and reported Gilhool had gone into cardiac arrest. He was rushed by ambulance to the hospital where he was later pronounced dead. He was 51 years old.

He was also a beloved friend to Mandy as she and Taylor began dating; she wrote:

“Gerry was a towering presence and personality… and if you were lucky enough to be in his orbit and you were a friend, his loyalty and love knew no bounds. I spent many a @dawestheband show with him, side stage, dancing and laughing and confiding in him how much I was falling in love with my now husband. Some of my fondest memories.”

“I’ve never known someone to take as much pleasure in helping others as Gerry. I’ve also never know someone to revel in parenthood quite the way he did. He was destined to be a dad and boy did he excel in every way. Just a few weeks ago, we were on the phone excitedly discussing Gus’s arrival and he mentioned that he wanted to open a swim school for kids and he was excited to teach him.”

He was a new dad?? Oh no! Mandy concluded:

“Sigh. Life is wild. Keeping his partner, son and the legion of pals he had in my thoughts and prayers. Today, we’re going to crank some Grateful Dead and celebrate you, friend. Love and miss you, always GG.”

What a truly awful, random piece of just the worst luck. Keeping Gerry’s family in our thoughts today…