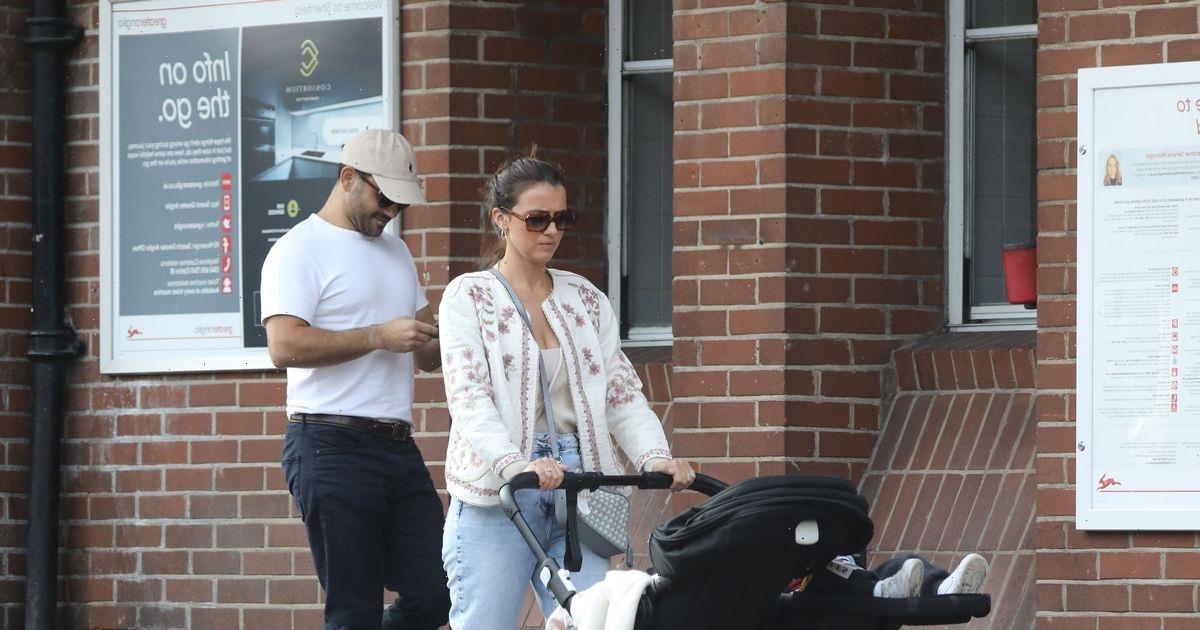 Lucy Mecklenburgh and Ryan Thomas have been pictured together for the first time since drama erupted at the National Television Awards last week.

As reported by The Sun, Coronation Street’s Ryan was photographed “nuzzling” Eastenders actress Zaraah Abrahams after the award ceremony.

The ordeal naturally sparked rumours online, but representatives have maintained that the two “were just catching up.”

Now Ryan, 38, and Lucy, 31, have been snapped together while out for a walk with their kids, 2 year old Roman and baby Lilah.

The couple looked as close as ever as they left Shenfield Station, with Ryan photographed on his phone as Lucy steered the pushchair.

In another snap, Ryan can be seen eating a packet of crisps and a sandwich.

The former TOWIE star, who was on the show from 2010 to 2013, was dressed in blue jeans, white trainers and a beige top and matching patterned cardigan.

Lucy also had a grey purse slung across her shoulders as she pushed the buggy.

The drama was seemingly sparked after a source at the NTA’s spoke to The Sun, and said: “Ryan was inviting Zaraah to come to his house with her family. They were laughing together, and he was looking at something on her phone.

“Then he pulled her in for an affectionate cuddle. The drinks had been flowing all night, and he was obviously caught up in the moment.”

They continued: “Afterwards they were laughing together again. It was clear they had known each other for some time, as Ryan was heard telling her, ‘You know me so well’. He then went on to tell her, ‘You know what I’m like.’ It was all very playful.”

Zaarah’s spokesperson squashed the rumours for her and told the news outlet that they had been friends for over two decades.

They said: “Zaraah and Ryan have been good mates for over 20 years and were just catching up as they haven’t seen each other for quite some time. It’s nothing more than that.”

Zaraah and Ryan have previously worked together on Coronation Street, where Ryan played Jason Grimshaw from 2000 to 2016, and Zaraah played Joanne Jackson from 2005 until 2007.