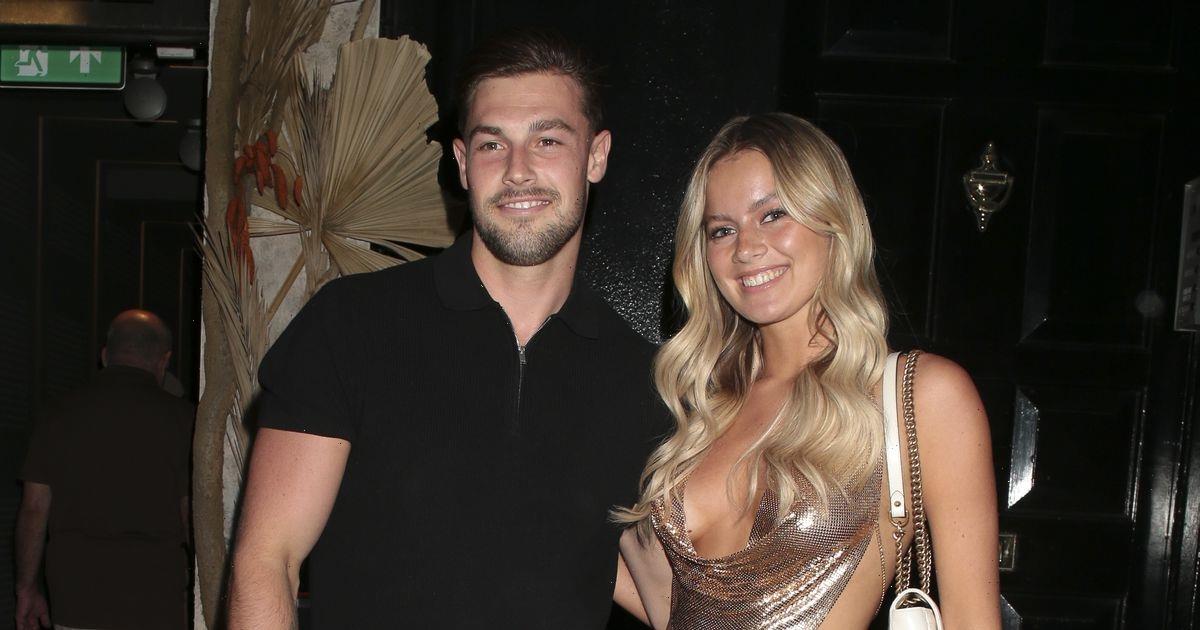 It looks like Love Island stars Andrew Le Page and Tasha Ghouri are cementing their love with ink as they appear to have got matching tattoos.

Tasha, 24, and Andrew, 27, met on this year's series of Love Island and despite a few rocky patches in the villa, they ended up an official item after Tasha asked Andrew to be her boyfriend and they ended up making it to the final, coming in fourth place.

Since they left the villa, they've been pretty much inseparable and often post photos and sweet words about each other on Instagram.

Andrew took to his own Instagram on Saturday morning to post a video of himself and Tasha walking, as he said: "So today is a very special day," as Tasha said: "It is indeed."

He continued: "We might be getting a little something together. Stay tuned."

After keeping the suspense going for most of the day, Andrew once again took to his Instagram stories to repost an image of two roses sketched out and shared by tattoo artist Mr Wolf, the owner of tattoo shop London Social Tattoo.

The tattoo shop itself then posted a few black and white images of Tasha getting the tattoo done and the finished result, where the rose can be seen on her neck under her ear in which she wears her cochlear implant.

Although there were no photos of Andrew getting a tattoo done, one could assume that he did, given that there were two roses sketched out and he wrote on Instagram: "For anyone wondering, this is what we did today".

Tasha had previously said she wanted to get a tattoo "to represent how she met Andrew", as she said: "I even want a Love Island tattoo on my finger, to represent how I met Andrew. We’ve said we want the décor to be modern vibes."

Aside from matching tattoos, the couple are looking to move in together, and they are currently scouting for somewhere to live in London, and they've even talked marriage and babies.

Speaking exclusively to OK! Andrew, who lived in Dubai before Love Island, says, “We’re going to rent and then save so we can get a house together."

"We’ve decided on an area. Tasha is an east London girl and I was in west London before, so obviously we’re going to be in east London,” he laughed.

Tasha said: “I live with flatmates and Andrew is living out of a suitcase, so we really want a place that’s ours and we can make a home."