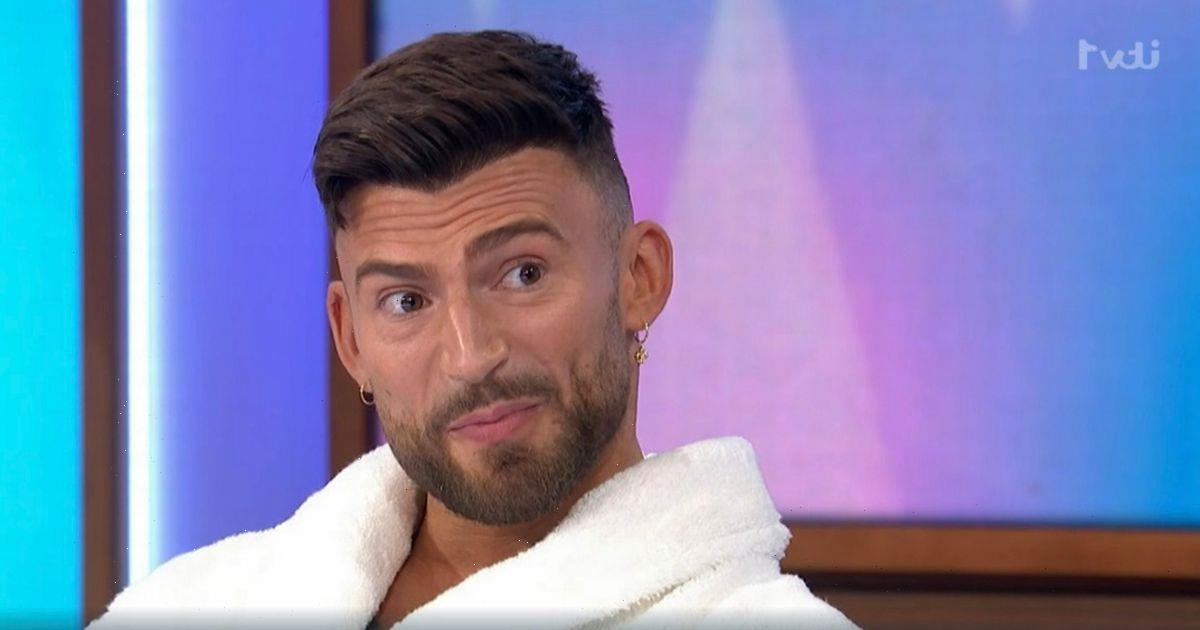 Jake Quickenden has been praised for his bravery, after getting his testicles checked live on-air on a special Loose Men episode of ITV's Loose Women.

The former X Factor star, 34, bared all of his testicles live-on air, wearing just a robe, as Dr Amir Khan performed a check for testicular cancer, explaining to viewers at home what they should be looking for.

Before undergoing the check, which all came out fine, Jake explained to the all-men panel, including Vernon Kay, Olly Murs, Ade Adepitan and Larry Lamb, that he lost both his father and brother to cancer (both sadly passed away from bone cancer).

He did, however, admit that he had put off getting checked for fear of finding something wrong.

Jake said: "For me, not checking is a way of putting it to the back of my mind and not worrying about it. Sometimes, I think that if I got checked and felt something, it would eat away at me."

"For me, it was always out of sight, out of mind," he added, saying his family history of cancer made his worries ‘worse’ as he thought he was going to be diagnosed with cancer too.

"But now, as I’ve got older and I’ve got kids, I’ve realised that’s a stupid thing," he stated.

"We need to make sure we’re alright as men and having that conversation."

Jake stood up during the examination, whereas normally patients would be lying down, and he took it in his stride as Dr Khan checked for obvious swelling, discolouration and scarring.

Vernon Kay asked Jake: "That's not painful is it Jake?" to which he replied: "No, not painful," before joking: "Gentle."

Fans of the show rushed to heap praise on Jake for his bravery, as one person tweeted: "Top respect to #LooseMen, Jake Quickenden and the Doc for showing how easy it is to save a life, and one day it could be your own."

Another wrote: "Just seen loose men Jake I applaud you’re bravery you WILL save someone’s life today for sure."

A third added: "Took some balls for Jake to do that!! Good on him…check yourselves, guys".

Jake's new wife Sophie Church shared a clip of him on the show to her Instagram stories, as she wrote that she was "so proud" of him.

The pair tied the knot in a stunning ceremony in Ibiza on 4 September, which was attended by celebrity pals Chris Hughes and Kimberly Hart-Simpson.

Jake and Sophie hired a villa for the occasion, staying a week on the island with their 21-month-old son Leo, and Freddie, eight – Sophie’s child from a previous relationship.