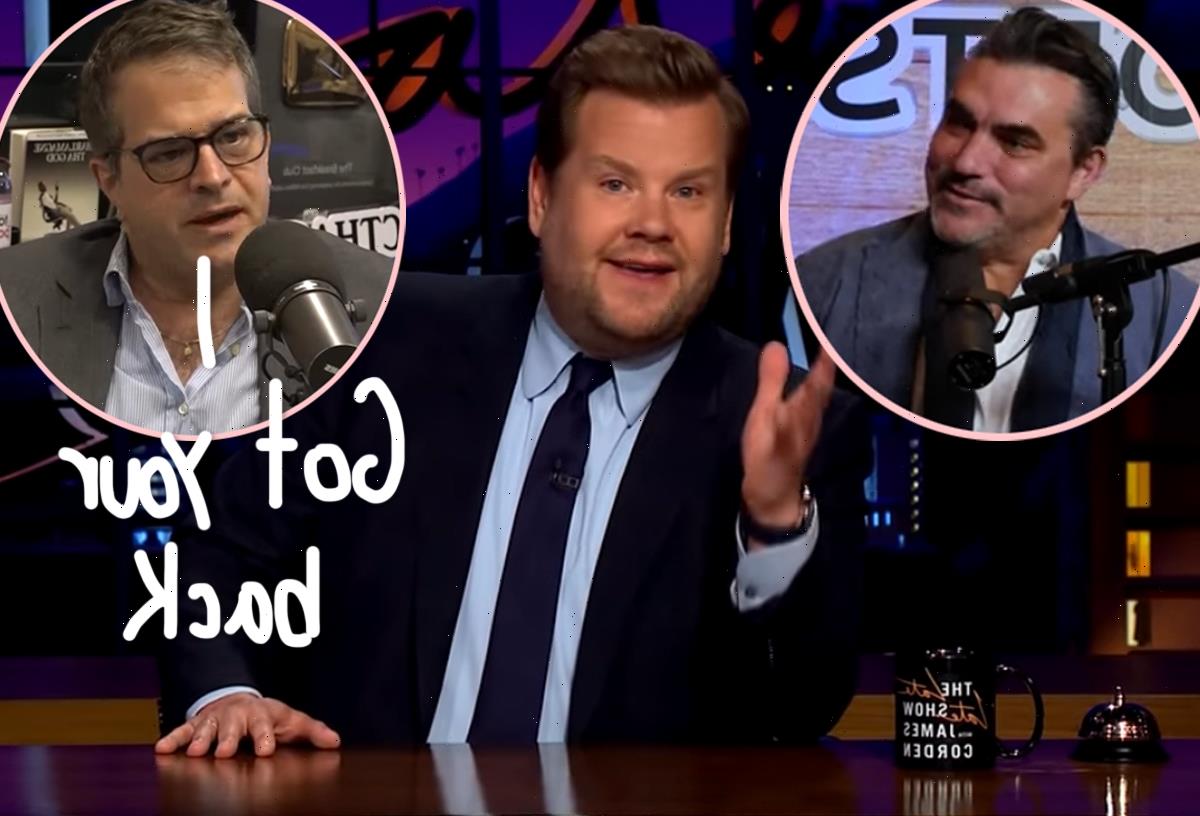 Apparently, not everyone in the restaurant industry feels James Corden is a horrible customer!

As you may know, there was major drama surrounding the Late Late Show host and the New York City establishment Balthazar this week. On Monday, owner Keith McNally took to Instagram to slam James for being the “most abusive” customer he’s ever had in the history of the hot spot – and thus (temporarily) banned him from the restaurant. Damn! He wrote on Instagram:

“James Corden is a Hugely gifted comedian, but a tiny Cretin of a man. And the most abusive customer to my Balthazar servers since the restaurant opened 25 years ago.”

What happened? According to Keith, in one instance, James demanded free drinks and threatened to leave a bad review when he found a hair in his food in June. Then, the owner claimed the Gavin & Stacey alum screamed at his server after his wife’s eggs were not properly prepared:

“James Corden began yelling like crazy to the server: ‘You can’t do your job! You can’t do your job! Maybe I should go into the kitchen and cook the omelette myself!’ M.K. was very apologetic and brought G. over to the table. He returned the dish, and after that, everything was fine. He gave them promo Champagne glasses to smooth things out. G. said that Corden was pleasant to him but nasty to the server.’ M.K. was very shaken, but professional that she is, continued to finish her shift.’”

There are ways to handle these situations calmly and respectfully — and James clearly did not do that. SMH.

But in the aftermath of the drama, two prominent restaurateurs are speaking out about their previous interactions with James — and what they had to say about the host might be unexpected! Stratis Morfogen came to the 44-year-old actor’s defense, telling TMZ Wednesday he always has been friendly at his restaurants. In fact, the entrepreneur said because James had been so polite with his staff, he could not even believe the reports that the Cats star was mean to anyone. Hmm. We wonder if Stratis’ employees would feel the same…

The restaurateur then recalled when he hosted and catered a post-Grammys event in 2018 for Bruno Mars and Atlantic Records at his restaurant, Brooklyn Chop House, James had been singing with the bartenders and chatting with the staff members at the bar. Stratis also claimed he was a generous tipper.

And that wasn’t the only rave review James had! Another well-known chef and restaurateur, Todd English, had a similar feeling about James, saying to the outlet that every time he’s served the Into the Woods star, he’s been “absolutely lovely” to everyone. Todd also noted that whenever he and his staff traveled from his eatery Olives in Las Vegas to cater the Tony Awards afterparties, James was “incredibly personable” to them.

Considering Stratis and Todd both used an industry event as an example, we wouldn’t be surprised if James was on his best behavior during those times! Just sayin’. Plus — and we’ve seen a lot of this over the past few years — you have to remember that just because someone wasn’t abusive to you doesn’t mean they weren’t to someone else.

We’re glad there are restaurant staff out there NOT being mistreated. But hopefully, James will learn from this situation and be respectful towards ALL of his waiters moving forward.

Thoughts, Perezcious readers? Are you buying these accounts of his alleged kind behavior? Sound OFF on the situation in the comments below.