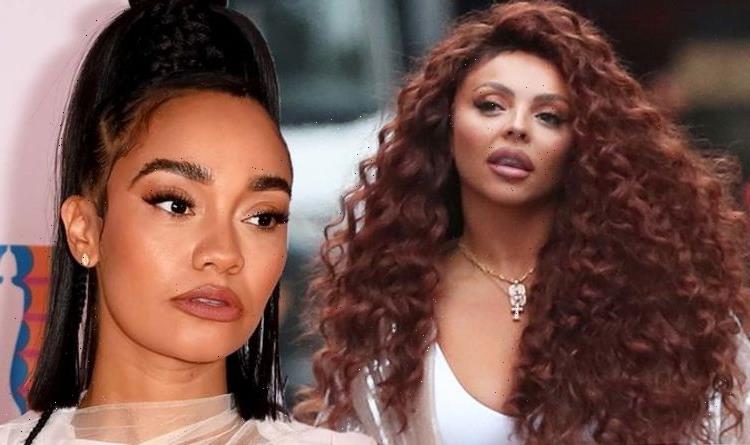 Little Mix’s Leigh-Anne Pinnock, 30, appeared to reference reported issues with her former bandmate Jesy Nelson during her birthday speech. The pop star celebrated her 30th birthday with a glamorous event alongside her fiancé, Andre Gray.

In her speech, Leigh-Anne appeared to address the reported fallout with Jesy, who she and the rest of Little Mix have reportedly unfollowed on Instagram.

It happened after Jesy addressed accusations of blackfishing, which were sparked by her debut solo music video, Boyz.

Blackfishing is a term used to describe non-Black people who have changed their appearance to appear Black or racially ambiguous.

It can be done through the use of make-up, hairstyles, or cosmetic procedures.

Rapper Nicki Minaj, who collaborated with Jesy on Boyz, branded Leigh-Anne a “clown” during the pair’s Instagram Live and claimed she was jealous of Jesy’s success, in reference to leaked critical messages, which appeared to be from the Little Mix singer.

“I’m so proud of everything I’ve achieved. The most beautiful fiancé, who I’m still obsessed with even after five years. I love you.

“And the two most beautiful, perfect babies…

“Everything I stand for, everything I’m fighting for, it’s for them [the twins].

“I will never stop. I have found my voice now and I will continue to use it.”

Andre then backed her up, adding that he will also “support” her and his children.

He added: “You can put this on Instagram or whatever and if you’ve anything to say, come and find me. She’s my baby mother, my wife.

“If you’re going to try and disrespect my baby mother, my wife, my fiancée and my children, there’s gonna be a problem. That’s how it is.”

Since coming under fire, Jesy has defended herself in an interview with Vulture.

She explained that, while she appreciates Black culture, she is “very aware” she is white.

She said: “The whole time I was in Little Mix I never got any of that.

“And then I came out of [the band] and people all of a sudden were saying it.

“I wasn’t on social media around that time, so I let my team [deal with it], because that was when I’d just left,” she continued.

Jesy explained: “But I mean, like, I love Black culture. I love Black music. That’s all I know; it’s what I grew up on.”