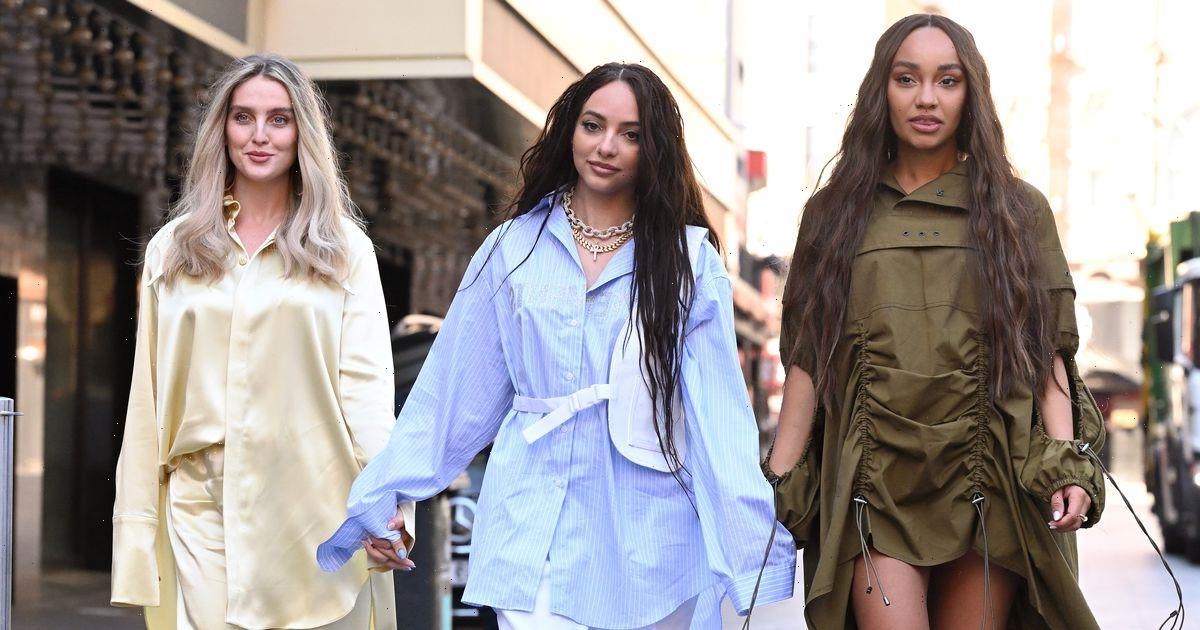 They have said that they "love" having the group sessions together as they are "each other's support systems".

Perrie Edwards said that the three of them tend to "lean on each other" and feel the same emotions together.

Little Mix have recently celebrated their tenth anniversary and released their album Between Us.

Their song Love Sweet Love came through the stars going through therapy together, according to Buzz Feed.

Perrie told the publication: "We actually love therapy — because we really needed it. We had it individually, we have it as a group as well, which is amazing. So we can all be there together and cry together. It's really nice."

Jade Thirlwall mentioned that throughout their ten years in the music world, she'd learned that the industry can be "very fickle" and is difficult to manoeuvre as a woman and a girl band.

She added: "But throughout that whole experience, we've had each other and helped each other through that. So, I've learned that no matter what happens now, and along the way in the future, I'm always going to have this unit to fall back on whenever I'm struggling with anything. And that's really beautiful.

"I'm very proud that the three of us have managed to establish that bond together. Yeah, there's a bit of cheese for you."

Jesy chose to leave the band last December as she cited mental health reasons and has since gone on to release her own solo music.

Earlier this year in an interview with Euphoria magazine Jade mentioned that she is careful on social media to help her mental health.

She said: "If I had any advice for people, it would be to only follow accounts that make you feel good about yourself, or ones that don’t make you feel like you’re not enough or compare yourself to what that person’s doing."

Perrie, Leigh-Anne Pinnock and Jade have all been open about their mental health before, with Perrie talking about panic attacks.

The first one she ever had, she thought she was having a heart attack.

In 2019 she said: "Over the past few years I have suffered really badly with anxiety and panic attacks. When I first started to feel the effects of anxiety I thought I was losing my mind and it terrified me.

"I felt so alone and like I was the first person in the world to ever experience it."

To get all the latest news on Little Mix, sign up for OK!'s daily newsletter here.