Between the deaths of her mother and brother, plus her dramatic exit from The Real Housewives of Beverly Hills, Lisa Vanderpump has had an especially tough year. So it was no surprise that her emotions bubbled to the service at Project Angel Food’s 12 Millionth Meal event at the organization’s Los Angeles headquarters on Thursday, July 18.

As she helped prepare that milestone meal, Lisa started to break down in tears. Later, when asked about the emotional moment, she told Us Weekly that she was thinking of her late mother, Jean Vanderpump, who died at the age of 84 on June 17, and who was memorialized with a funeral in the U.K. last week. 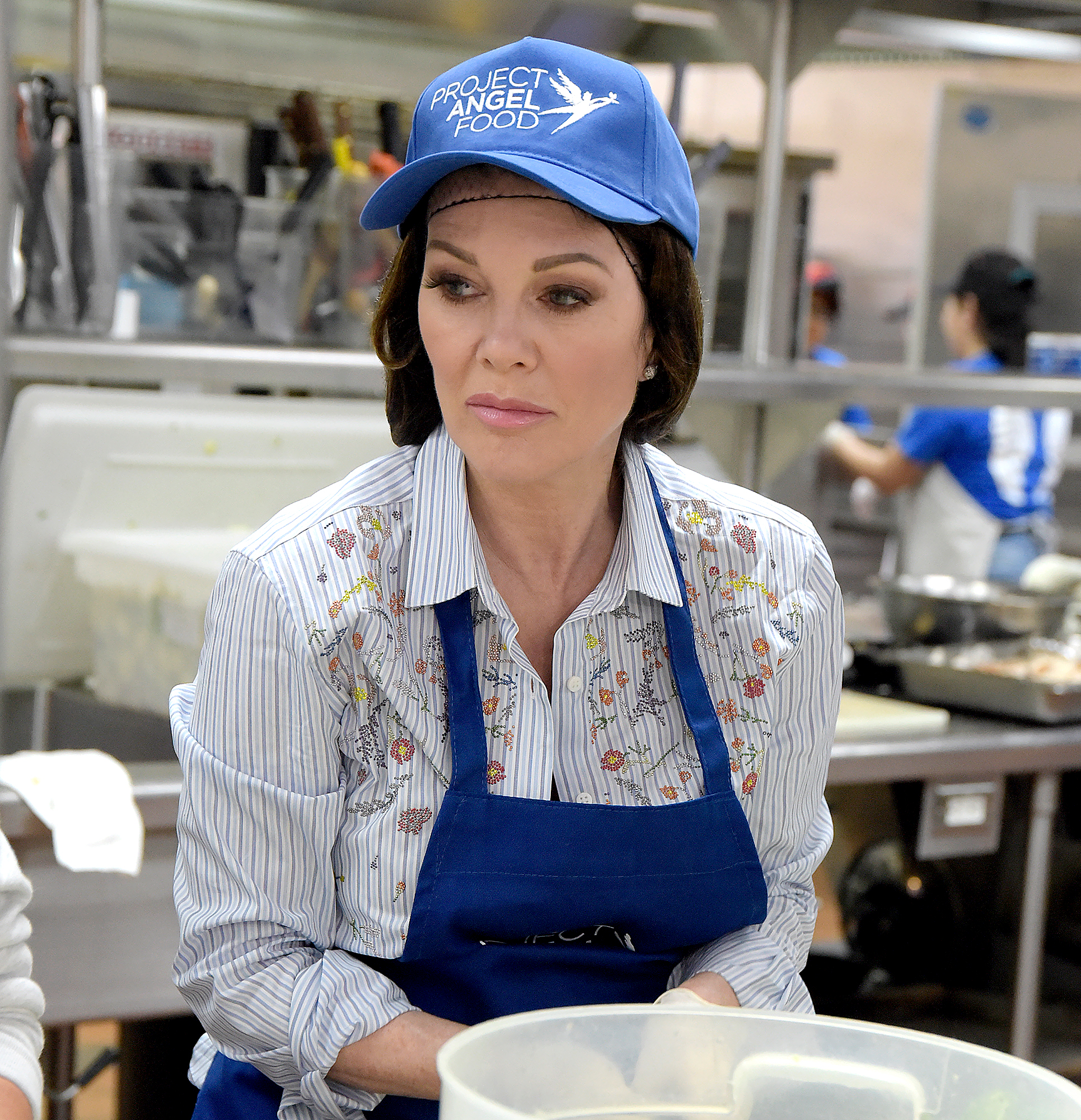 “I just lost my mother and just came back from London,” Lisa told Us at the event on Thursday. “It’s been difficult. It’s something everybody goes through.”

Amid the heartache, the Vanderpump Rules star has been throwing herself into her work. “I’ve just been keeping busy and really trying to do things for the greater good,” she explained. “We’ve been involved in philanthropic endeavors for years. I still have to work. It’s not like I inherited money and I can throw it around. I have to work hard for it. Right now, business is very tough, you know?”

“It’s not easy, but there are certain aspects of my life that have been challenging,” she added, before touching on the April 2018 death of her brother, Mark. “I think when you lose your only sibling unexpectedly to suicide, that changed everything.”

Lisa also opened up about her mindset in June when she confirmed to Us that she was leaving RHOBH after nine seasons on the Bravo reality show. “I made the decision to leave,” she said at the time. “It was a very difficult year for me, personally and professionally. I had wonderful things happen this year, opening up and TomTom and the cocktail garden in Vegas. The Housewives, it’s just, it’s emotionally too difficult to deal with.”

With reporting by Lindsay Hoffman