Lisa Rinna is coming for Heidi Klum’s wig in a sexy new video.

Heidi Klum, is that you? Lisa Rinna shared a sizzling new video from the set of a photoshoot on Instagram on July 6. The TV personality, 57, rocked some risqué black lingerie and a blonde wig, looking not much different from her younger daughters, Amelia, 20, and Delilah, 23.

“Heidi is Coming…..,” Lisa captioned the video, complete with a red lip emoji. The clip comes after the Real Housewives of Beverly Hills star similarly showed off her body in a July 4 photo, rocking a patriotic bikini with stars in the quintessential red, white, and blue to celebrate the holiday.

Lisa recently made headlines over a RHOBH episode that aired on June 30, in which she reacted to her daughter Amelia’s relationship with a much older Scott Disick, 38. Lisa expressed her concerns to co-star Erika Jayne, calling the moment she found out about the relationship a “WTF moment.”

“She’s 19. He’s 37 with three kids. Hello?” Lisa said. (Scott shares children Mason, 11, Penelope, 8, and Reign, 6, with former partner Kourtney Kardashian.) “I’m a lot nervous about it.” Lisa added that her husband Harry Hamlin is “more calm about” the age gap than she is. “We’re thinking it’s a phase, right? It’s a phase. I don’t want to bring attention to it.” 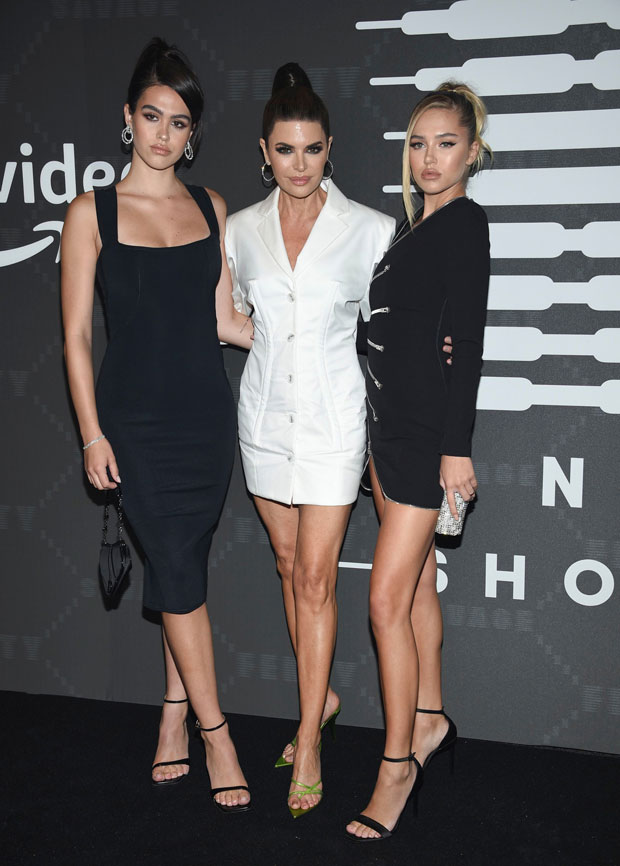 In a confessional, Lisa reiterated her concern about her daughter’s new beau. “I only know Scott Disick from the Kardashians and Scott was with Kourtney, not married,” Lisa lamented. “They have three children. Oh, God.” Noting Amelia’s past troubles with an eating disorder, though, the reality TV star continued, “Amelia has had her struggles in the press, but it’s now a new headline. No one’s talking about the eating disorder anymore and you know what, thank God. As a mother, I’m like, ‘Good.’ This gives her another label to deal with.”

Amelia and Scott have been linked since October 2020, after the duo were spotted attending a Halloween party together. The two have been growing strong ever since. In February, Amelia joined Scott and his three children for dinner, and in May, she was spotted shopping and bonding with Scott and his daughter Penelope.