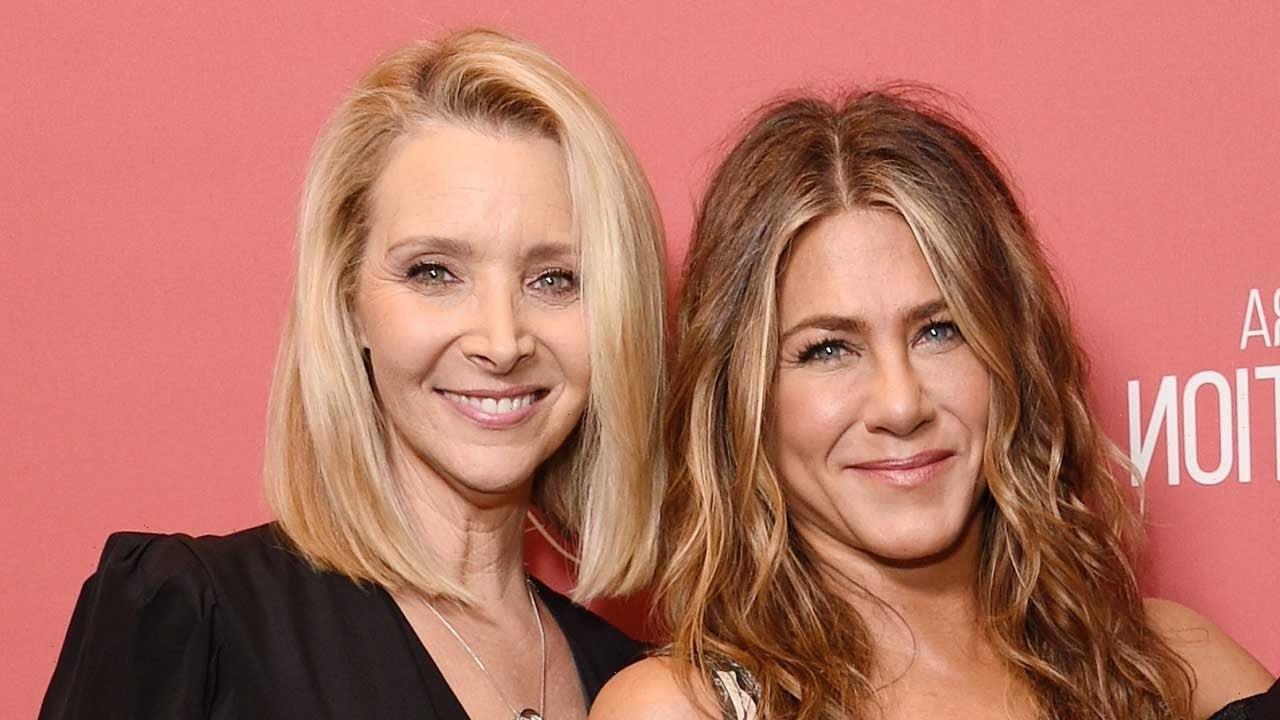 Lisa Kudrow is sharing a hilarious story from the set of Friends!

During her guest appearance on Conan on Wednesday, the 57-year-old actress told host Conan O’Brien that her son, Julian, used to think that her co-star, Jennifer Aniston, was his mom. Kudrow portrayed Phoebe Buffay on the long-running television sitcom, while Aniston played Rachel Green.

“I know he hasn’t seen every episode. I know for a while, in school, people were watching it,” Kudrow said of her son, now 23, whom she shares with husband Michel Stern. “He kind of felt like he had to, so that he can participate in what everyone else was watching. And he did really think that everybody else was very funny on the show.”

“He got a little confused. I know that he really was obsessed with Jen,” Kudrow added, of what it was like bringing him to set when he was a baby. “He’d fly into her lap. Well, she’s a love bug, and that made sense. And I was always glad for anyone that Julian felt love for and felt from. But then at home, she’d be on TV, and he’d go, ‘Mommy!'”

To this day, Kudrow and her son are still close with Aniston. When Kudrow posted a birthday tribute to Julian for his birthday earlier this month for example, Aniston was one of the first to comment.

“Happy Birthday, Juls!!!” she gushed in the comments. “Feels like yesterday that you arrived.”

Earlier this year, Kudrow revealed during her appearance on Rob Lowe’s podcast, Literally! With Rob Lowe, that the cast of Friends has already shot packages for their highly anticipated HBO Max reunion.

“There’s different facets to it, and we already shot packages of things,” she said at the time. “I pre-shot something already so we’re definitely doing it, because I already shot a little something.”

Kudrow also clarified that just because she’s filmed a scene, that doesn’t mean the special is a “reboot.”

“It’s not, like, a scripted thing, we’re not portraying our characters. It’s us getting together, which just doesn’t happen a lot and has never happened in front of other people since 2004 when we stopped,” she explained. “I think it’ll be great.”

A source told ET in April that filming for the reunion would begin that month. Hear more in the video below.