Lili Reinhart shared that her dog, Milo, underwent surgery following a brutal attack that left the pup with a “pretty deep wound” on his neck.

“This is weird for me and I’m not exactly sure why I’m doing it, but I guess for all the people out there that care about my little dog, Milo,” the Riverdale star, 23, tearfully said via Instagram Live on Friday, April 10. “I was taking him out today to get some exercise. I had a mask and gloves on so don’t start with me about that. He was attacked by another dog. It was pretty bad.”

She added, “I had to rush him to the hospital, and he’s there now getting surgery. God, it was a very horrifying experience.”

Reinhart introduced Milo to her Instagram followers in February writing, “This is my new baby. He has quickly become a great love of mine. Meet Milo.”

The Hustlers star opened up about how Milo was helping to keep her spirits up amid the coronavirus quarantine via Twitter in March. 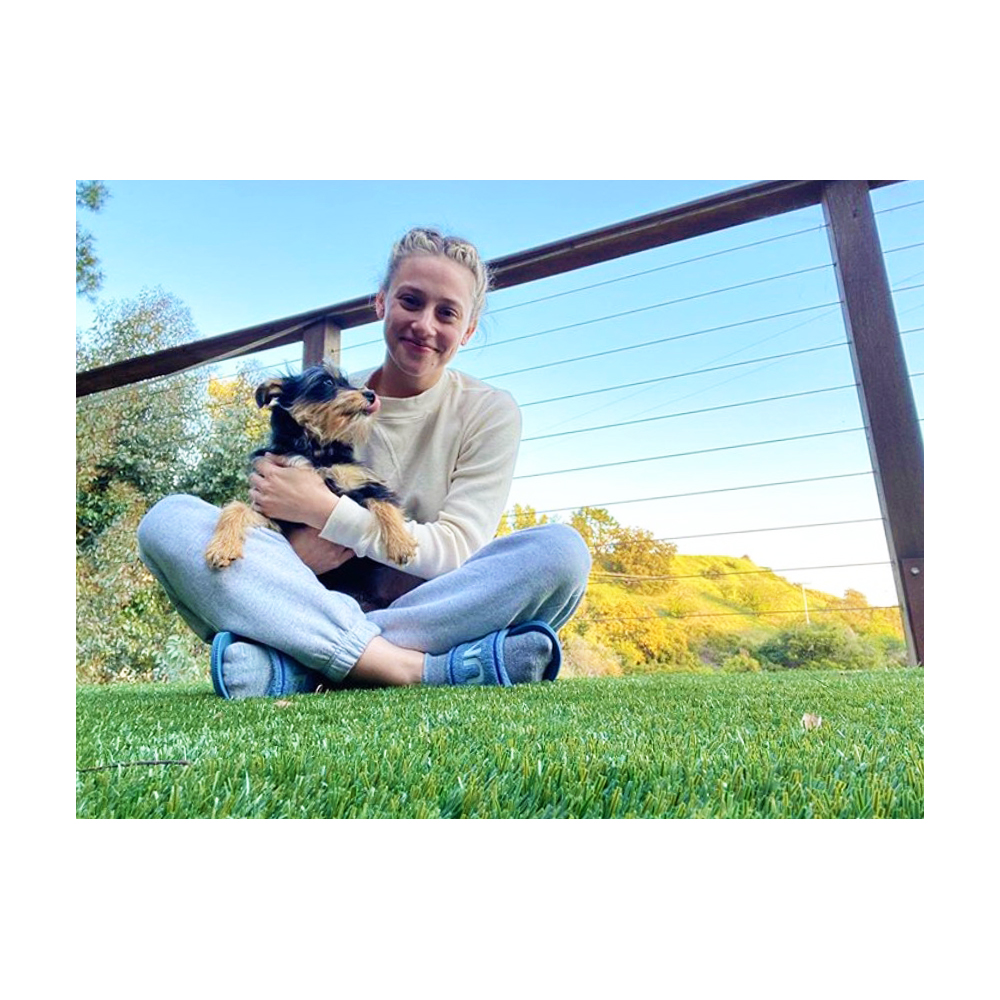 “I am so grateful for Milo,” Reinhart wrote on March 28. “I genuinely don’t think I would get out of bed some days if it weren’t for him. Now I understand those bumper stickers that say ‘who rescued who?’”

The Ohio native has candidly shared her feelings with her social media followers in the past. Reinhart shut down a troll who called out the actress and her Riverdale costars in February for being “25+ year old portraying teenager with perfectly chiseled bodies.”

“Actually, not everyone on this show is perfectly chiseled,” Reinhart replied. “And even I feel intimidated by the physique of my surrounding cast mates sometimes when I have to do bra/underwear scenes.”

She explained that she felt “very insecure” at times because of people’s expectations on what women’s bodies should look like.

“I have come to terms with my body and that I’m not the kind of person you would see walking on a runway during fashion week,” Reinhart wrote. “I have bigger boobs, I have cellulite on my thighs/butt, and my stomach sticks out rather than curves in. This is still something I struggle with on a daily basis. And it doesn’t help when I’m being compared to other women.”