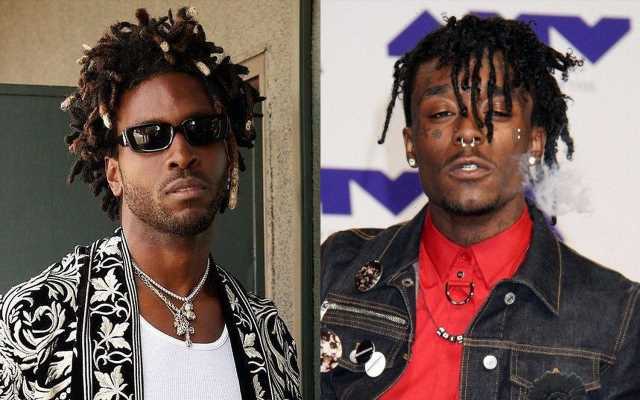 Cops are reportedly keen to speak to the ‘Eternal Atake’ rapper and the ‘While the World Was Burning’ star after the two were involved in an altercation that involved a firearm.

AceShowbiz -Los Angeles police are seeking to question rappers Lil Uzi Vert and SAINt JHN after they were involved in an altercation, which reportedly involved the flashing of a gun.

Sources tell TMZ SAINt JHN was at West Hollywood’s Dialogue Cafe on Friday (02Jul21) when Uzi pulled up outside and confronted him, with the verbal spat quickly turning physical.

It’s unclear what the two artists were fighting about but, as the brawl became more heated, Uzi is accused of flashing the handle of a firearm, prompting bystanders to scramble and run for safety.

No shots were fired, but the stars made a quick exit and now the incident is under investigation by officers from the L.A. County Sheriff’s Department, who are eager to speak to both parties.

The rappers have yet to comment on what sparked the dispute, but the clash comes just over three months after SAINt JHN stepped out with Uzi’s ex-girlfriend, Brittany Byrd.

Meanwhile, in May this year, Lil Uzi Vert sparked concerns as he seemingly hinted at depression and struggle with suicidal thoughts as he told his followers on Twitter, “I’m ready to die. So I’m gettin literally broke down into pieces.”

He later clarified that they were just song titles but he insisted his new music was based on his feelings. “Honestly I just been working to hard that I felt like that so I named 2 songs after my emotions,” he explained.