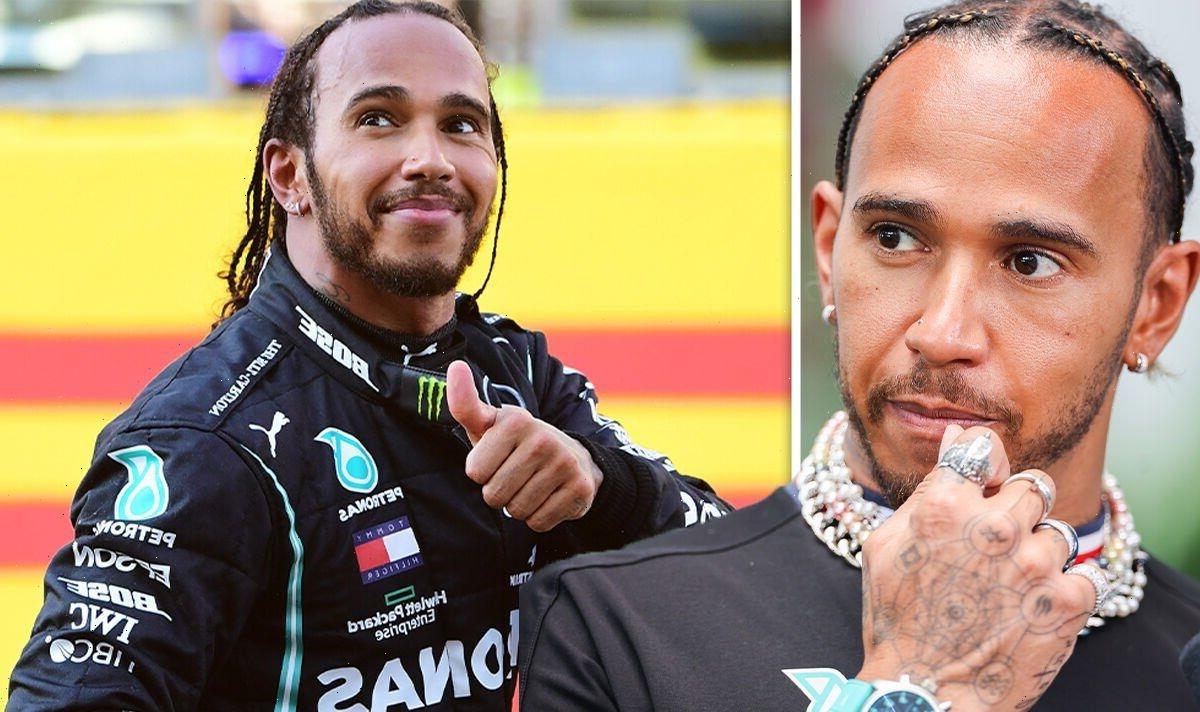 Lewis Hamilton to change his name

Formula One racing legend Lewis Hamilton has suggested that that he may have a very intimate piercing underneath his racing gear. The Mercedes racer, 37, made the comments after becoming embroiled in a row over his jewellery ahead of the inaugural Miami Grand Prix.

One, I can’t really explain where it is

The racing star hinted that he may have a piercing underneath his racing gear in a particularly sensitive area.

Hamilton made the remarks after threatening to pull out of the Miami Grand Prix following their jewellery ban.

He initially said he would withdraw from the race if he was made to remove his earrings and studs, on the grounds of safety.

However, he eventually agreed to remove all but two.

Hamilton kept in a nose stud which can only be removed mechanically and hinted at where the other is, suggesting it may be in a hidden, intimate area.

He said: “One, I can’t really explain where it is.

“But what I can say is it’s platinum, so it’s not magnetic.

“It’s never been a safety issue in the past,” he said to the FIA in Friday’s press conference.

New FIA race director Niels Wittich reminded drivers ahead of the race about the governing body’s rules on accessories.

FIA rules stated: “The wearing of jewellery in the form of body piercing or metal neck chains is prohibited during the competition and may therefore be checked before the start.”

They also claimed that the jewellery reduced levels of protection given by the drivers’ flameproof clothing and increased their risk of burn injuries.

Hamilton is known for expressing his opinions about F1 and has previously hit out at the FIA over other issues.

The Mercedes ace spoke out against a decision by the governing body to outlaw engine qualifying modes in 2020.

Banning the powerful engine settings, which are used by drivers in qualifying, was intended to “slow down” drivers, Hamilton claimed.

In an interview before the Spanish Grand Prix, he said: “It’s not a surprise, they’re always trying to slow us down.”

Appearing at the Miami Grand Prix on Sunday, the star caused a stir in a hot-pink baggy t-shirt, trousers and trainers.

He defiantly wore a large chain around his neck as he made his way into the paddock ahead of the first running of the race.

Hamilton finished off his look with a pair of lavender, square sunglasses.

The British Mercedes driver, who mostly wears his jewellery out of the car, said that during racing he only wears “earrings and nose ring, which I can’t remove”.

He removed some of his jewellery in the car for the Miami GP and has been given a two-race exemption for pieces that are more difficult to take out.