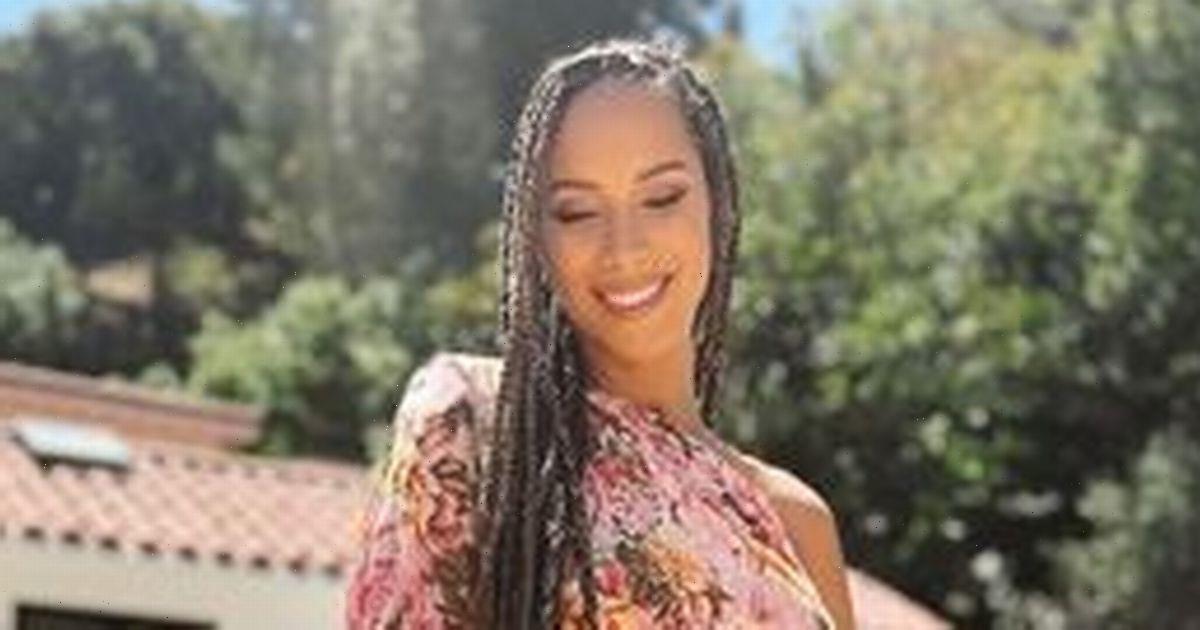 The former X-factor winner, 37, appeared to be loving every minute of the experience as she soaked up the Californian sunshine in a sweet snap shared to social media.

Donning a floral and floaty maxi dress, Leona teamed it with a cropped top which perfectly highlighted her growing bump.

Alongside the image, the singer also went on to praise her friends for their hard work in arranging the event, even describing the entire experience as “magical.”

Posting on Instagram, the singer said: "Feeling all the love at my baby sprinkle. Love my friends and fam so much, feeling very supported and uplifted at the final stage of pregnancy. @thepicnic.collective thank you for this magical set up.”

Immediately following the post a wealth of famous faces and fans alike flooded the post with comments and praise for the mum to be.

Just one of the people leaving kind words was actress Dominique Tipper, who wrote: "Looking DIVINE."

Swedish singer Snoh Aalegra also expressed her adoration as she commented with a string of smiley face emojis with love heart eyes.

The event marked the second baby shower Leona has had ahead of her little one’s birth, with the first held last month over the bank holiday weekend at Hopefield Animal Sanctuary in Essex.

Once again, the star looked picture perfect and filled with happiness as she flashed her trademark smile in a yellow and white off-the-shoulder dress.

Posing for photos alongside friends and family, Leona even took some time out to share a snap with some of the animals at the sanctuary, much to the delight of fans.

Captioning her post, Leona wrote: "Baby Jauch Lewis', and 'Showered with love at my favorite place to be @hopefieldanimalsanctuary".

The Bleeding Love singer rose to fame in 2006 after winning The X-factor.

Her new arrival will be her first child with husband Dennis Jauch, with the star due to give birth later in the year.

Despite the excitement about the little one on the way, her pregnancy has been far from smoothing sailing, with the star even confessing that at one point during her first trimester she was so “severely ill” that she was “unable to leave the house.”

Describing the entire experience as "challenging" Leona opened up about her health struggles on social media.

She wrote: "Spent time in nature with the pups and the bump this weekend.

"I had a really challenging first trimester, I'll share more at some point for anyone who is going through the same.

"But I was severely ill and unable to leave the house. So promised myself when I could get out I would spend more time in nature. She's truly healing x."

For all the latest showbiz stories, sign up for OK! 's daily newsletter here .