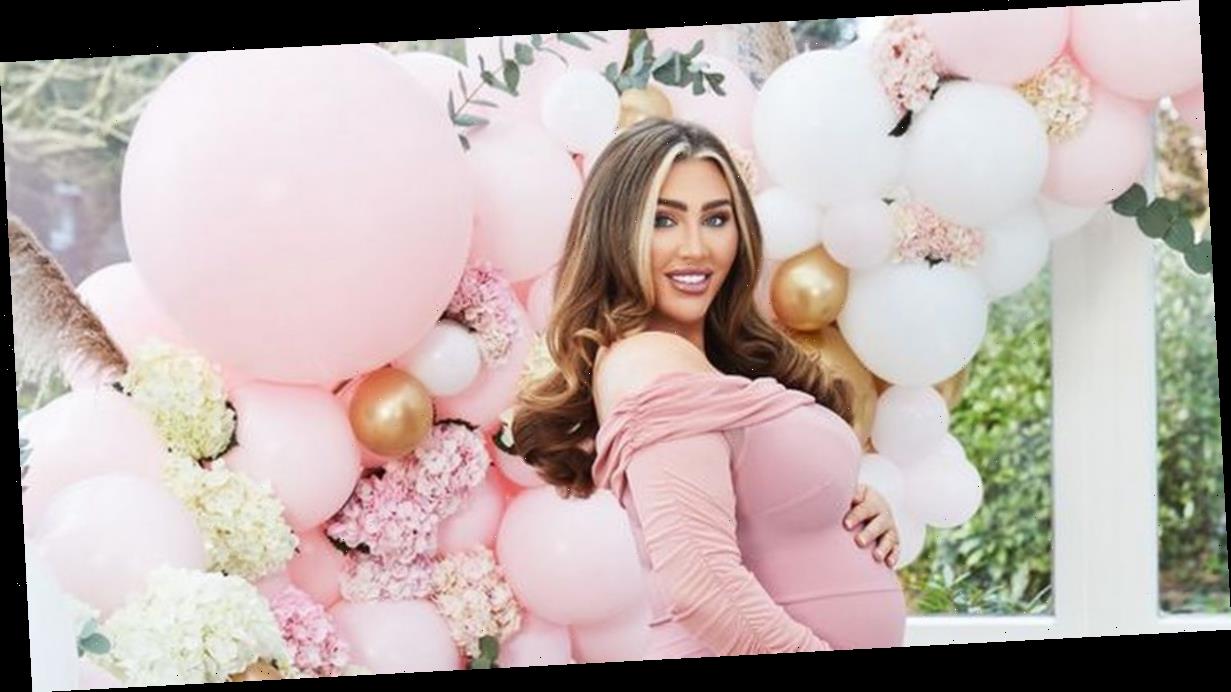 Lauren Goodger has sent tongues wagging about the fact that she could have chosen her baby name already.

The former TOWIE star, 34, is expecting a baby girl with her 23-year-old boyfriend, Charles Drury.

Lauren made people question where she was planning to merge her name with Charles' to create a unique name for their little tot. Eagle-eyed Instagrammers spotted that the reality star had started up an account which looks to be for a clothing brand on Instagram with the name, laulieclothing.

The account is followed by Lauren, who is due to give birth in July, and the bio simply reads: ‘'Lauliè'

The sweet name would be perfect for Lauren’s little girl as could have been created by blending her parent’s names: Lauren and Charlie. There has been no explanation from Lauren about why the account has been made and whether the rumours are true.

However, in February the mum-to-be revealed she was keen to call her child something ‘original’.

Lauren allowed her followers on Instagram to send her questions on her stories where she was asked: "Will you name your baby something unusual or normal?"

"The baby names that I've thought of are something original. It's something that I've made up, so yes, exciting,” she replied. “A couple of them are original."

After meeting on Instagram in 2019, Lauren and Charles revealed they were expecting a baby girl last month.

As she exclusively spoke about the news in new magazine, Lauren beamed: “I’m a girls’ girl, so it’s amazing for me. I love the fact I’m having a little girl – my little girl. I can dress her how I want and do all the girly things.”

'People say, "I couldn’t see you with a boy." But I do really want a boy as well, I’m just really happy I’m having a girl – a mini-me!' she continued.

As she revealed the gender of her impending arrival, Lauren revealed she wasn’t surprised she was having a daughter.

“I knew, didn’t I?! I didn’t know, but I knew. I would have been more shocked if it was a boy. When she said I was having a girl it just confirmed what I thought I knew,” she gushed. “She’s going to be a little diva,” the reality star finished.

OK! Online contacted Lauren's representative but they declined to comment.