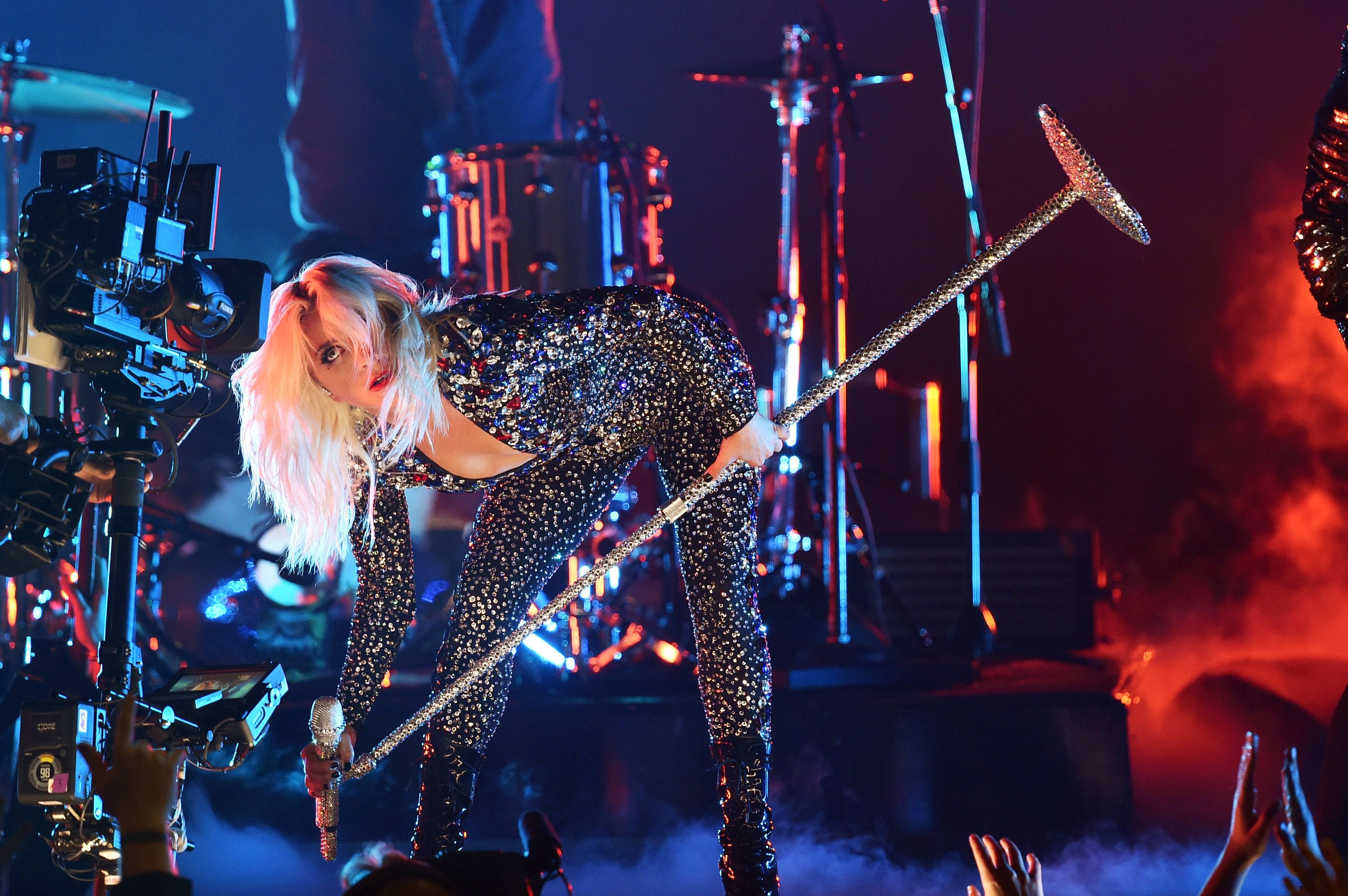 Clad in an embellished silver jumpsuit, Lady Gaga slayed the Grammys stage with her solo rendition of “Shallow,” the emotional ballad from her Oscar-nominated film, A Star is Born. As she thrashed her platinum blonde shoulder-length hair and twisted the mic stand, Gaga’s electrifying rock ‘n’ roll version of the track felt very authentic to her artistry and proclivity for over-the-top performances.

With guitar support from Grammy-winning DJ-producer and “Shallow” collaborator, Mark Ronson, and Paul McCartney’s drummer, Abe Laboriel Jr. (#casual), Gaga sang both her and Bradley Cooper’s parts from the song. 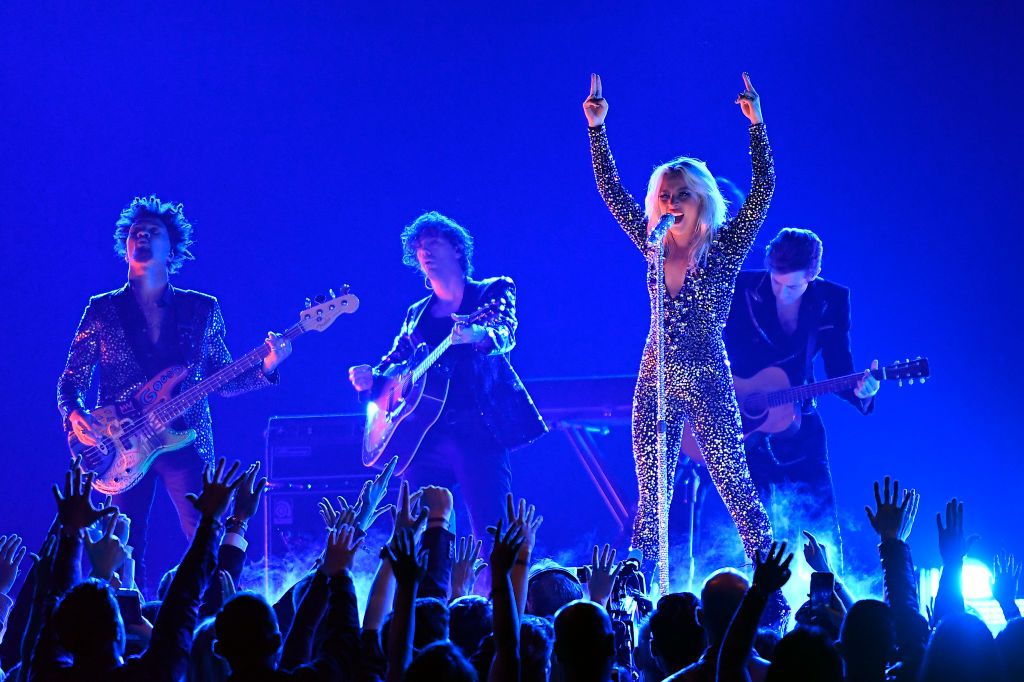 Cooper, her costar and the film’s director, was at the Royal Albert Hall in London for the 72nd British Academy of Film and Television Arts Awards (BAFTAs), where he twinned in a suit with girlfriend Irina Shayk on the red carpet. A Star is Born received seven nominations at the BAFTAs, one of which resulted in a win in the Best Original Music category.

While her performance was certainly energetic and oh-so Lady Gaga, her heavy eye contact with the camera throughout the performance—particularly at the end of the song—turned quickly turned into a viral meme moment on Twitter and Instagram.

Below are 11 of the most hilarious iterations.

While some reacted to Gaga’s performance with humor, some viewers also admitted her strong eye contact also made them slightly uncomfortable.

The 2019 Awards season is a very bright and promising one for the A Star Is Born cast, especially Gaga. For the Golden Globes, “Shallow” won the award for the Best Original Song and last night at the Grammys, the song was nominated in four categories (Best Pop Duo/Group Performance, Best Song Written For Visual Media, Record of the Year, and Song of the Year).

Lady Gaga was so appreciative of her wins at both the BAFTAs and the Grammy Awards, that she responded with three emotional Tweets that were retweeted thousands of times by her fans and supporters.

Lady Gaga is set to perform with Bradley Cooper at the upcoming Oscars, although there’s no word yet if the pair will opt to for a true-to-film version of the song, or build upon the momentum and high-energy levels LG brought to the Staples Center last night.

A Star is Born is nominated in seven categories at the Oscars, which could see LG potentially take home some of the most coveted and prestigious awards of the night: Best Actress and Best Picture.