The “Born This Way” singer and House of Gucci actress was photographed in Manhattan last night. Gaga stepped out in a black structured minidress by Andrew Gn, which features byzantine jeweled buttons and a detachable collar. Gaga made the dress her own by replacing the standard pointed collar with one embellished with white flowers. She finished the look with black pointed Giuseppe Zanotti pumps with disco balls on the straps, and a pair of black sunglasses. 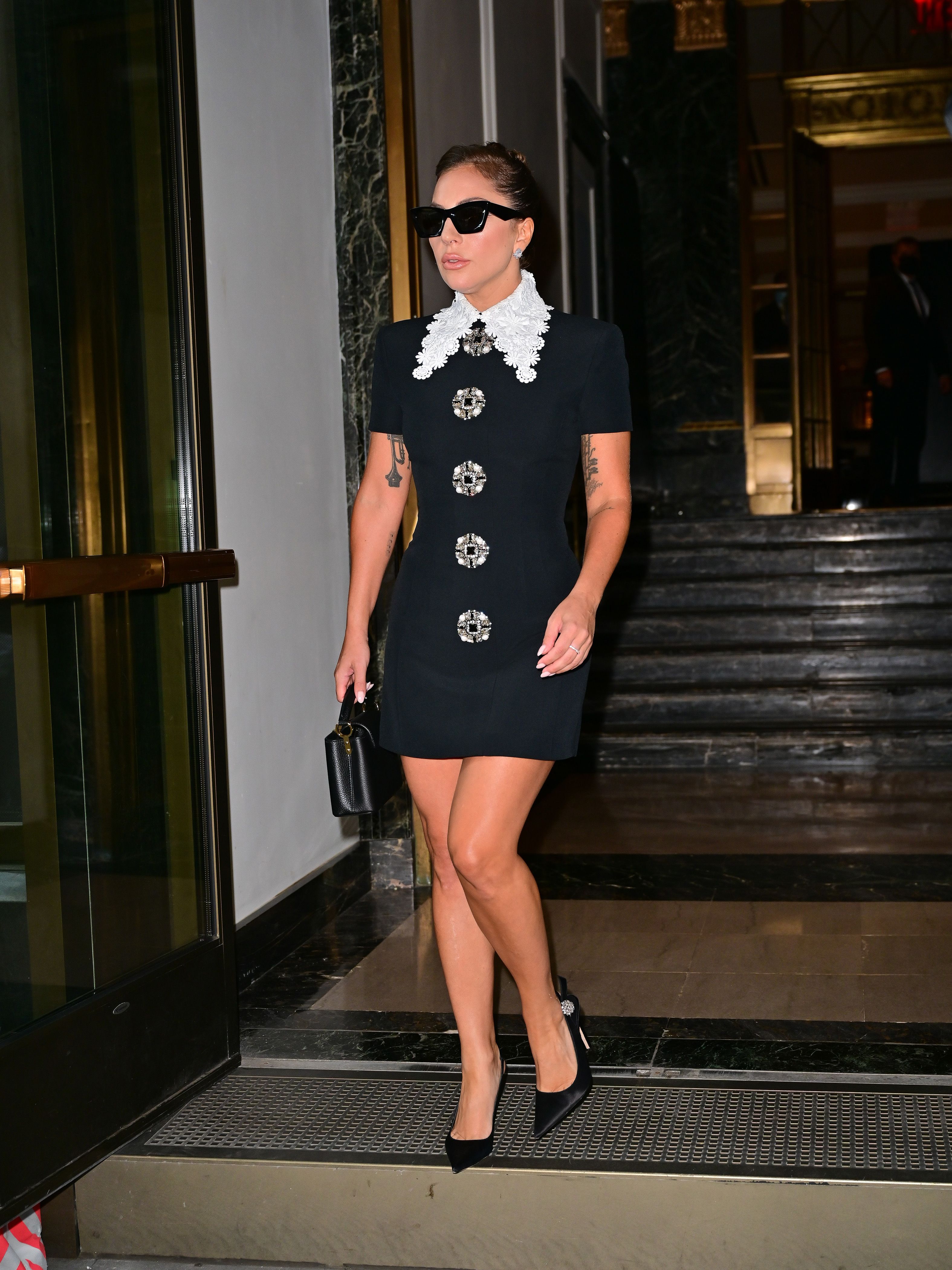 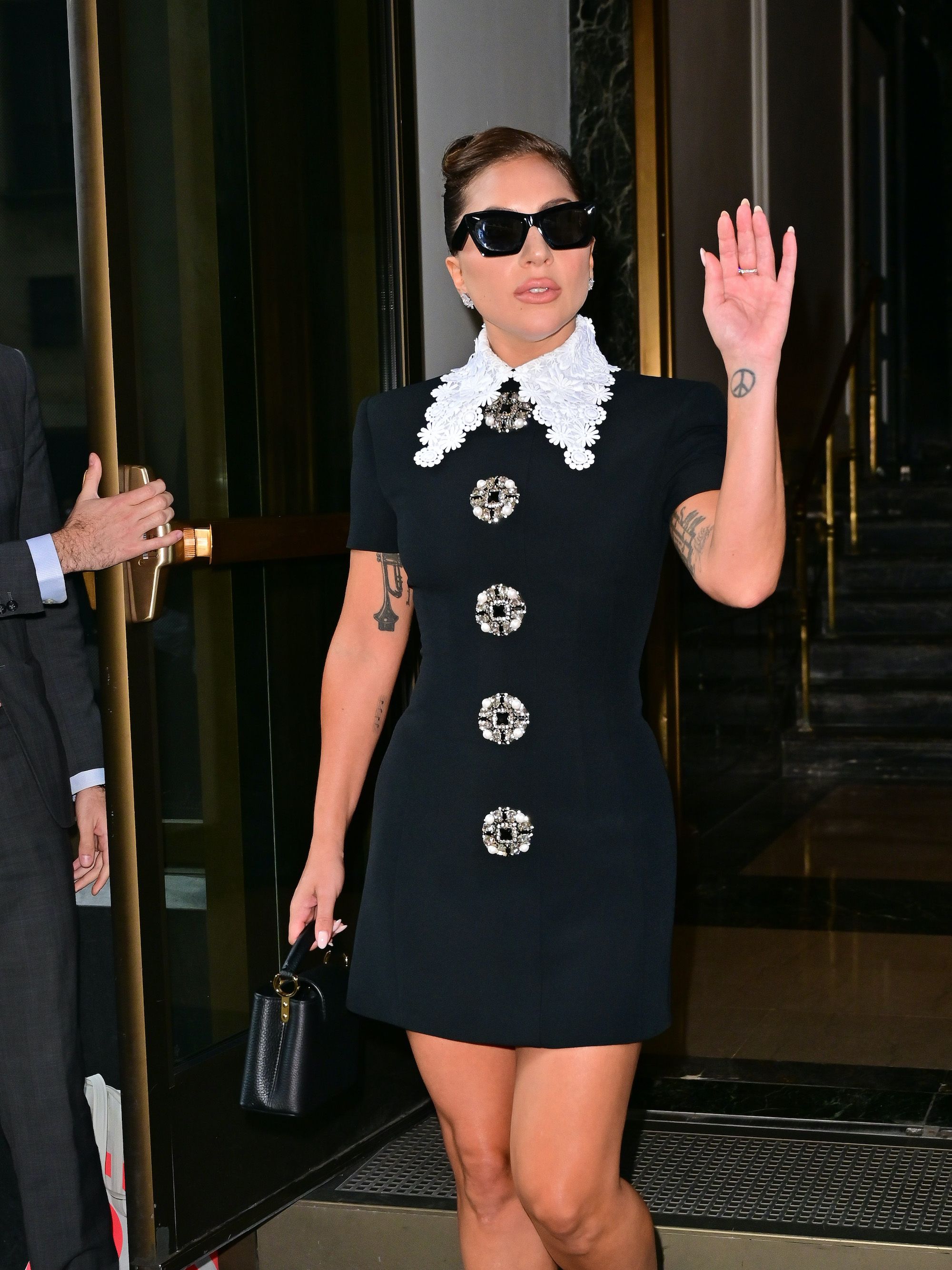 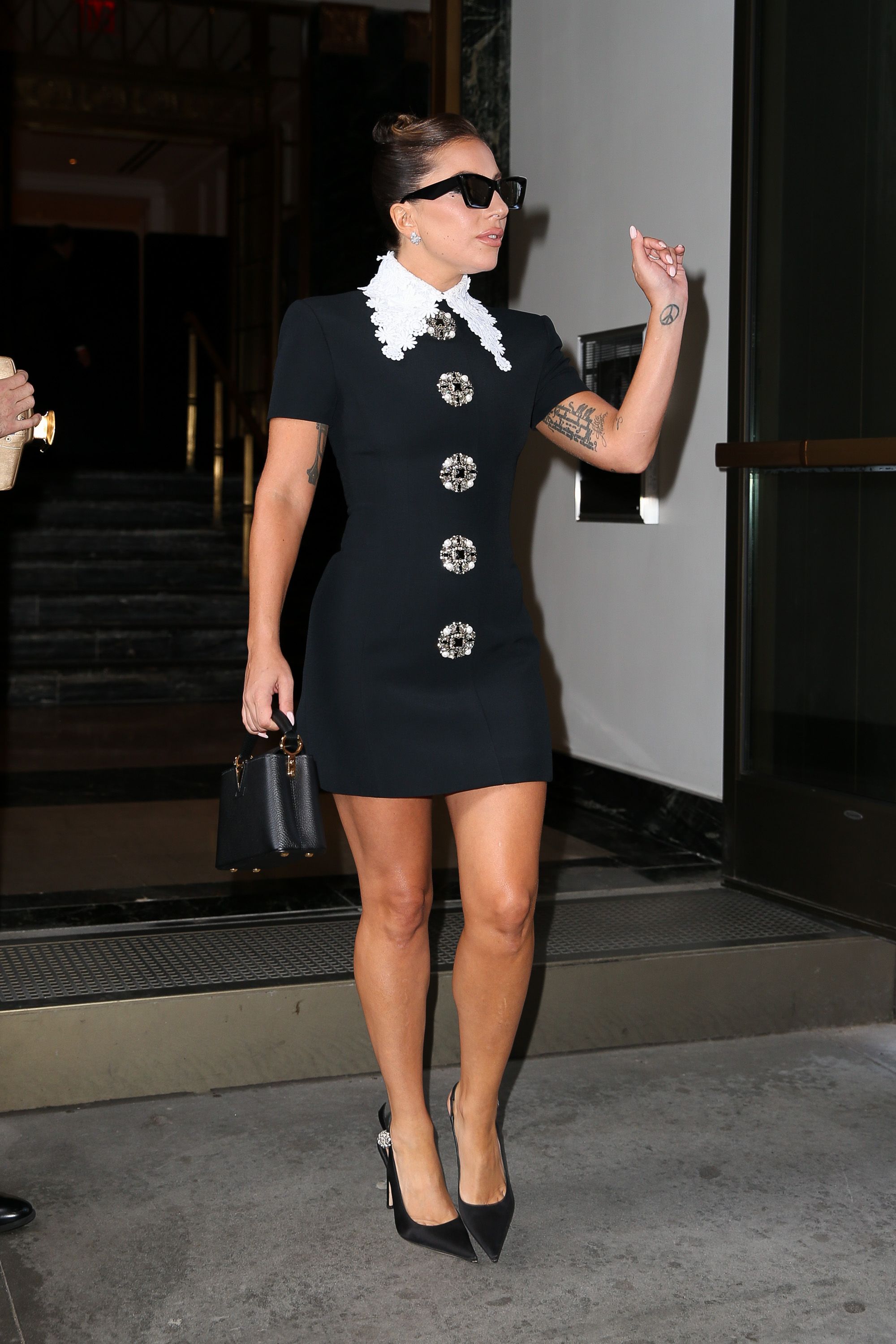 Gaga also posted a selfie with the look on her Instagram. The pic shows the details of her makeup look, which featured a double cat-eye and a nude lip. The pop star also showcased her Louis Vuitton Capucines Mini in the pic, which she captioned “LOVE FOR SALE ❤️🎺🎼 #TonyGaga #RadioCity #newyork.”

Gaga landed in her hometown last month ahead of her reunion concerts with her frequent collaborator, jazz legend Tony Bennett. The concerts on August 3–Bennett’s 95th birthday–and August 5 precede a new collaborative album that’s set to release later this year, per Rolling Stone.

Since landing in New York, Gaga has made the Plaza Hotel steps her runway in three gorgeous looks, including a sheer black lace gown from Alexander McQueen’s spring-summer ’21 collection and a polka-dotted pink ruched dress by Alessandra Rich. Gaga has also taken time to enjoy the summer, with the singer posting a video of herself having a pool day while wearing a fun star-shaped bikini and gold chains.