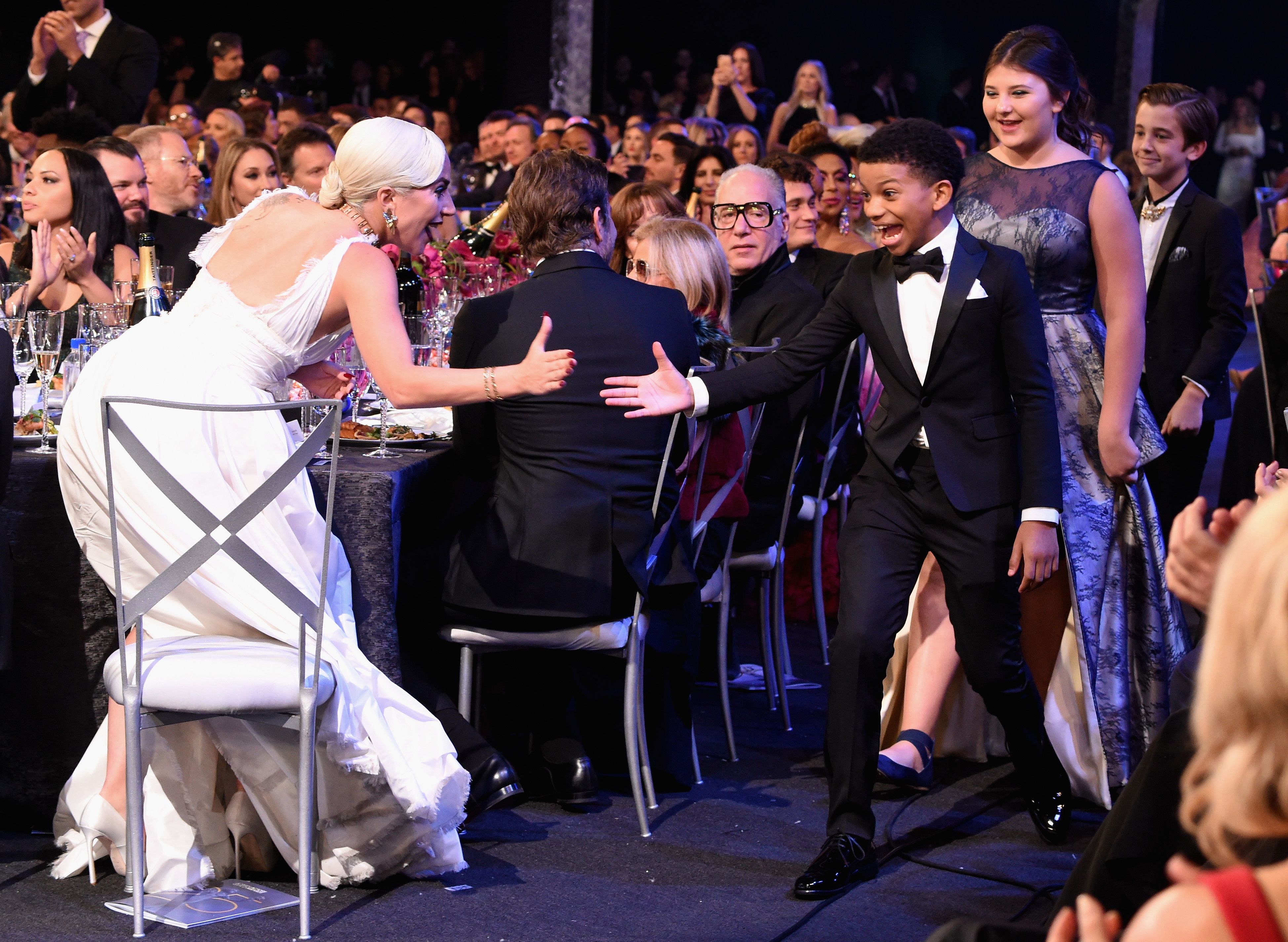 We were probably too distracted by Lady Gaga’s dramatic Dior couture gown, or her sweet PDA with fiancé Christian Carino, to notice that she also had some adorable moments with young actors at the SAG Awards. Gaga actually had a few cute encounters with the kids of This Is Us—Lonnie Chavis, Mackenzie Hancsicsak, and Parker Bates—during the big night.

First, she had a prime photo op with the pint-sized stars on the carpet before the ceremony. She looked just as excited to see them as they were to see her. 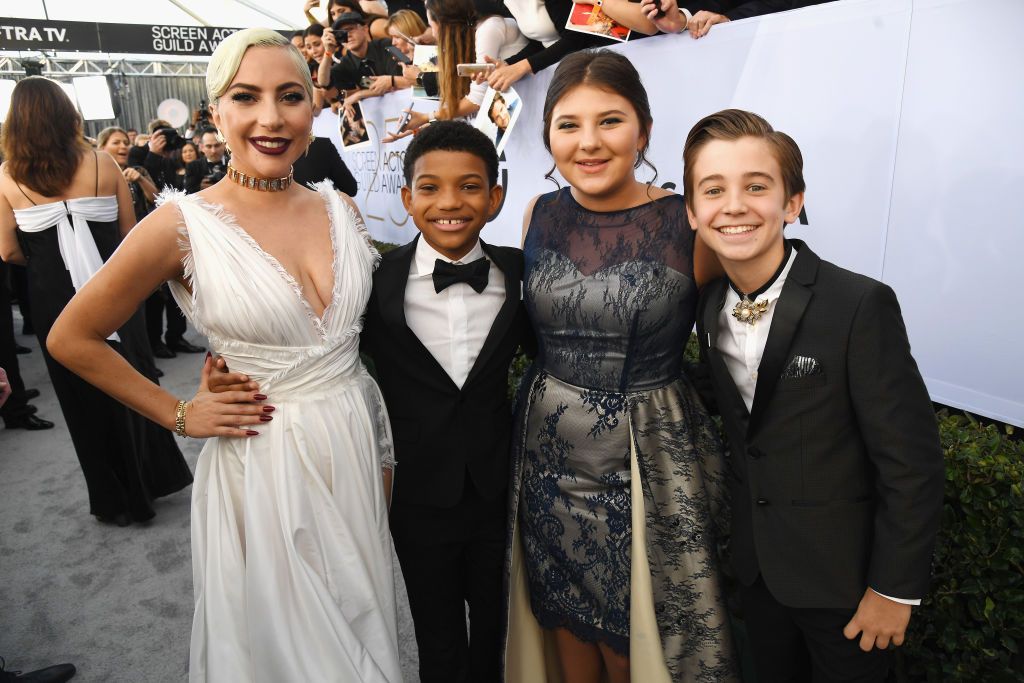 I mean, come on. Who wouldn’t want a group shot with Gaga like this? 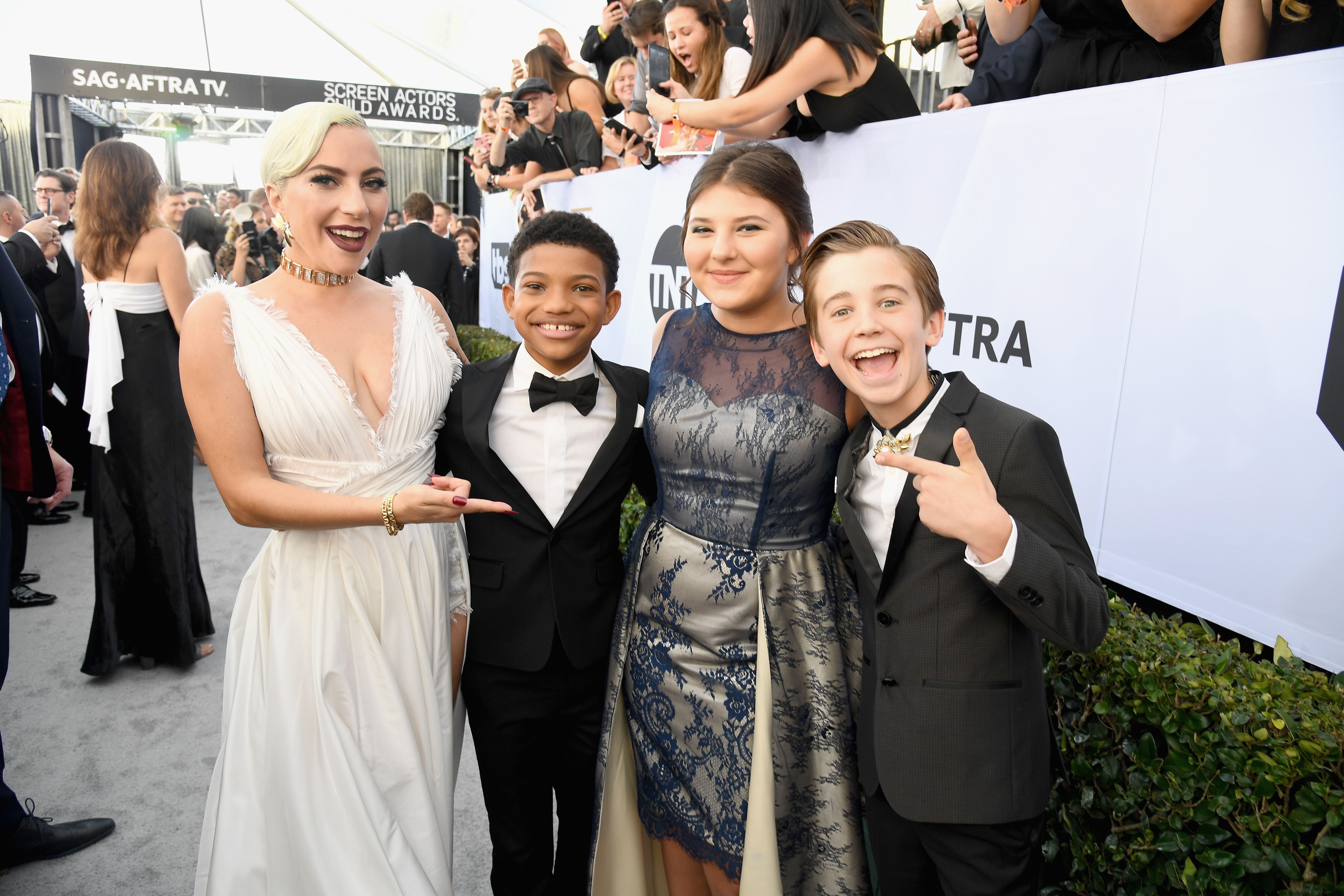 Mother Monster also showed her support during the ceremony when This Is Us won the award for Ensemble in a Drama Series. Since she was seated in the front row, she congratulated cast members as they approached the stage to accept their award. She seemed extra enthusiastic to greet the young trio with high fives. (Lonnie looked especially stoked.) 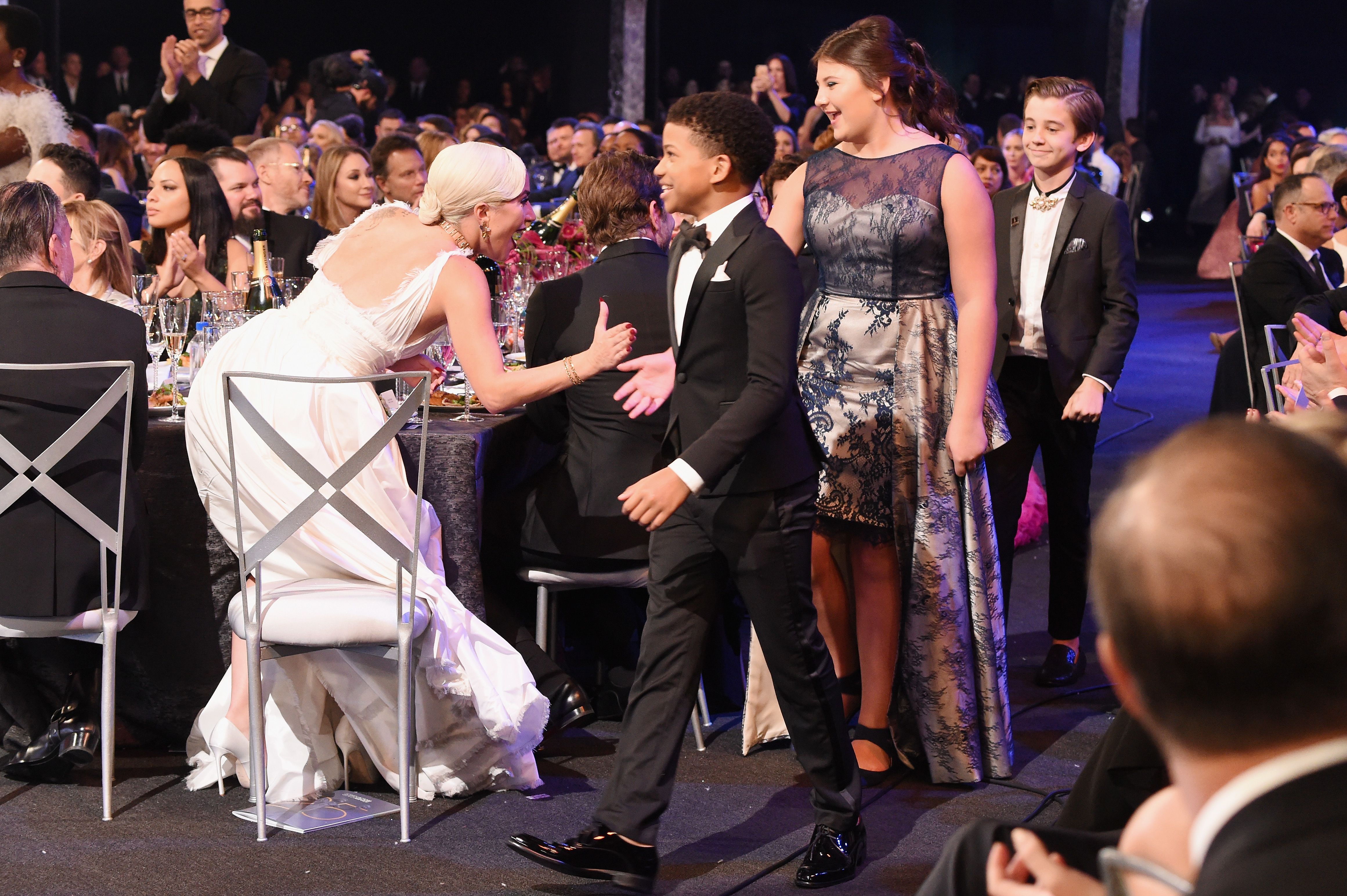 Gaga didn’t seem bothered by the losses, however. We have our fingers crossed for her potential cameo on This Is Us in the future.