Former Coronation Street star Kym Marsh, 44, shared a picture of her working up a sweat in a crop top in her garden on Instagram last week. The brunette beauty was inundated with compliments about her toned physique, however many of her followers expressed their concerns about a lump which could be seen on her armpit.

Thank you all for your concern

The actress has now revealed that she sought medical advice about the concerning lump and reassured fans she is all good.

She wrote on Instagram: “Just so you guys know… after the recent photo and people’s concerns over the ‘lump’ in my armpit, I went and had it checked anyway.

Kym shared further details about her lump in her OK! Magazine column. 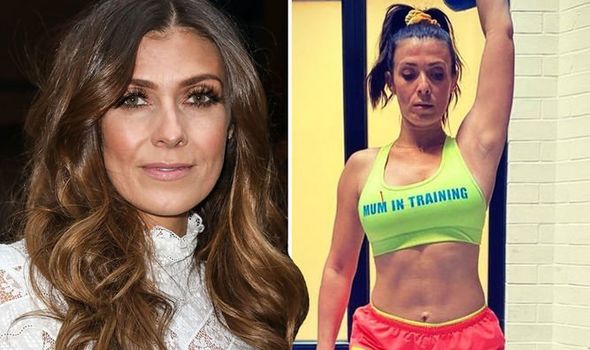 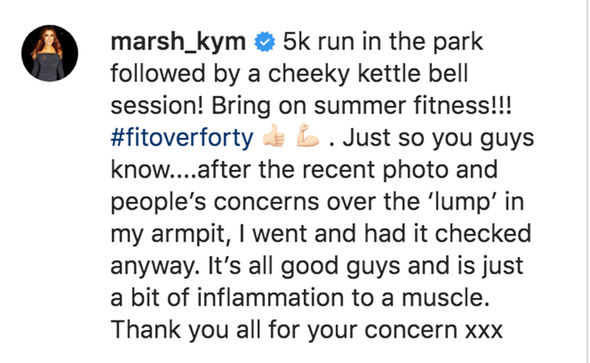 The Corrie star told fans she spotted the lump a while back, but was not concerned at the time.

She added: “I noticed the lump for a while and assumed it was nothing, but it had been playing on my mind and I knew I had to get it sorted.

“I was lucky to get a doctor’s appointment straight away and went to a clinic for an ultrasound.

“I am so grateful to everyone who reached out and urged me to get it looked at. 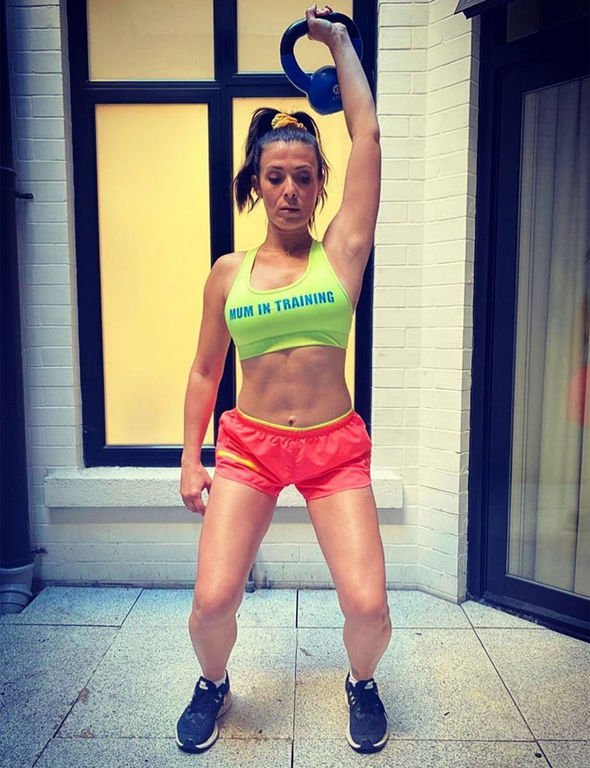 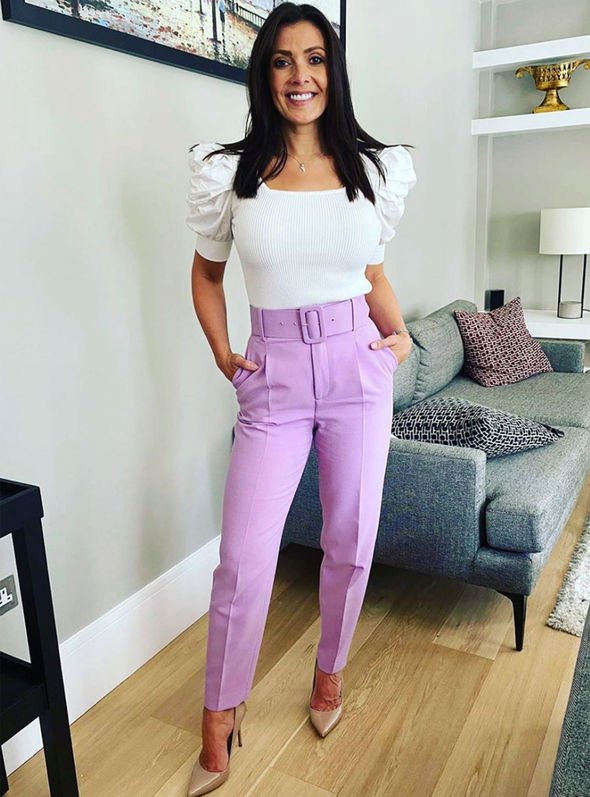 “It could have been something more serious, so thank goodness people online are looking out for each other.”

Kym originally shared her post with the caption: “5k run in the park followed by a cheeky kettle bell session! Bring on summer fitness!!! #fitoverforty.”

Fans immediately flocked to the star’s post to comment, with one writing: “Hey ily and I was just wondering is your arm okay there seems to be a lump?”(sic)

“You have a lump in your underarm,” a second added.

A third commented: “Lump get it checked xx.”

Others complimented the actress on her toned physique.

A fifth commented: “Do you have to look so gorgeous doing it?”

Last year, Kym announced she had made the “difficult decision” to leave Coronation Street after 13 years.

She returned to television screens earlier this month as a stand-in host on The One Show alongside Alex Jones.

Alex recently revealed Kym could be “the one” to replace Matt Baker after he left the show back in March.

She told viewers: “This is going to be the one – you’re finishing on a high!”