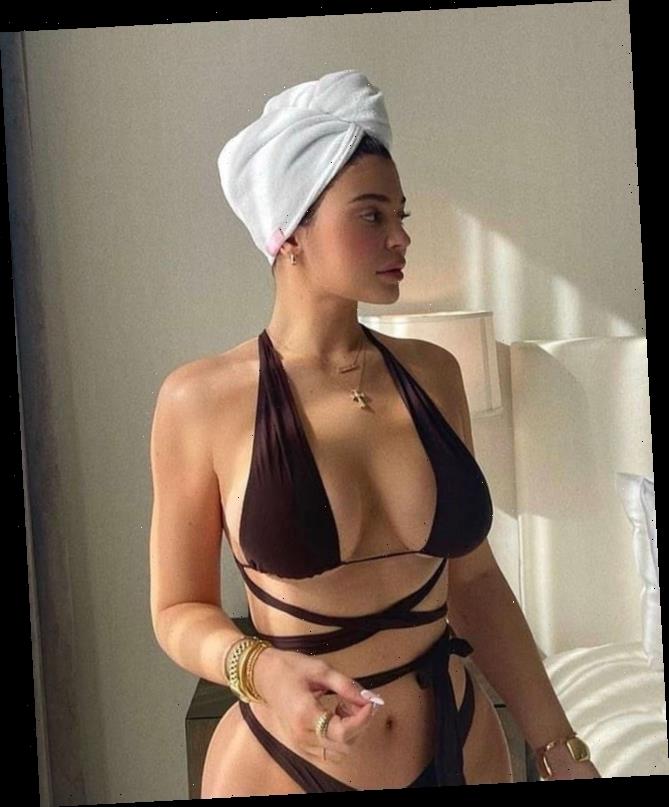 For the most part, Kylie Jenner prefers not to mess with perfection.

Her look has remained mostly unchanged over the past few years, and she seems well aware of the fact that the pics she posts on Instagram helped her to become the world’s youngest billionaire.

But in recent months, Kylie has tweaked her appearance ever so slightly, and unlike previous changes, this one was gradual and there were no surgeries involved (we think).

Yes, according to the people who obsess over this sort of thing in the creepier corners of Reddit, Kylie is thicker than ever.

This observation is almost always phrased as a compliment, and Kylizzle’s 209 million followers generally seem very excited about her new look.

(Hey, 2021 isn’t shaping up to be much better than 2020. People need to take their excitement where they can get it!)

So we guess it’s a new year and a somewhat new look for Kylie.

And if you’re also looking to leave 2020 in your rearview, Stormi’s mom has some advice on how you can copy her look in the months to come.

In her latest snap, Kylie can be seen rocking a bikini and going makeup free to promote her new skincare line.

Unfortunately, you can’t rub it all over your torso and get Kylie’s perfectly toned abs without doing a single crunch.

But sadly, Kylie’s not selling Curves In a Can, or any such miracle product.

And like the other products in her popular beauty and wellness line, the skincare stuff is probably crazy expensive.

Of course, that won’t stop it from selling out in a matter of minutes, so we guess Kylie’s business plan checks out!

Anyway, a slightly thicker frame and a new business venture aren’t the only major developments in Kylie’s life these days.

As you’ve probably heard by now, Keeping Up With the Kardashians is coming to an end in 2021.

And while there’s no word yet on exactly when the final episode will air, the family wrapped filming for the final time earlier this week.

Apparently, it was quite an emotional scene, and in her Instagram Story, Kylie revealed that she was “sobbing” as she and her sisters turned the page on an important chapter in their lives and careers.

We’re sure more details will be revealed when the final episode airs.

But for now, fans will just have to take solace in the fact that the members of the Kardashian-Jenner clan are not planning on stepping away from the spotlight anytime soon.

“The family is really excited about this new chapter and adventure and of course are not looking to get out of the spotlight,” a source close to the situation tells the Daily Mail.

“They’ll still continue to share about their lives through the deal with Hulu, but now with a new, updated spin.”

And in the meantime, we’ll always have Kylie’s Imnstagram page!