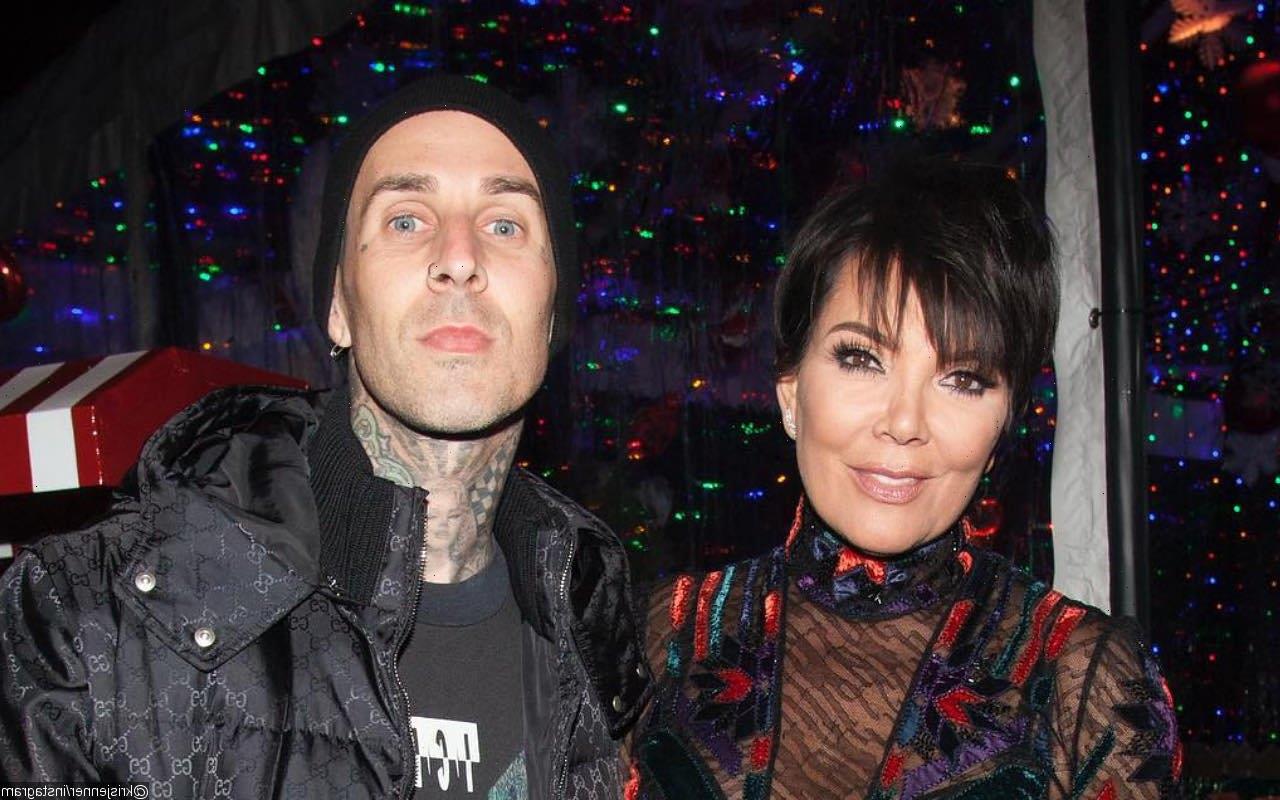 The Kardashian-Jenner matriarch has sent the husband of her daughter Kourtney a bouquet of orange flowers to wish the Blink-182 drummer a speedy recovery.

AceShowbiz –Kris Jenner sent Travis Barker flowers as he recovered from pancreatitis. The 66-year-old matriarch, whose TV personality daughter Kourtney Kardashian is married to the Blink-182 drummer, has given her son-in-law an orange bouquet as a gift from herself and partner Corey Gamble.

Travis posted a snap of the bouquet onto Instagram and the attached gift card read, “Dearest Travis, Get Well Soon!!! We Love You, Kris and Corey xo (sic)” His wife Kourtney also shared the picture to her Instagram, prompting Kris to reply, “Get well @travisbarker.” 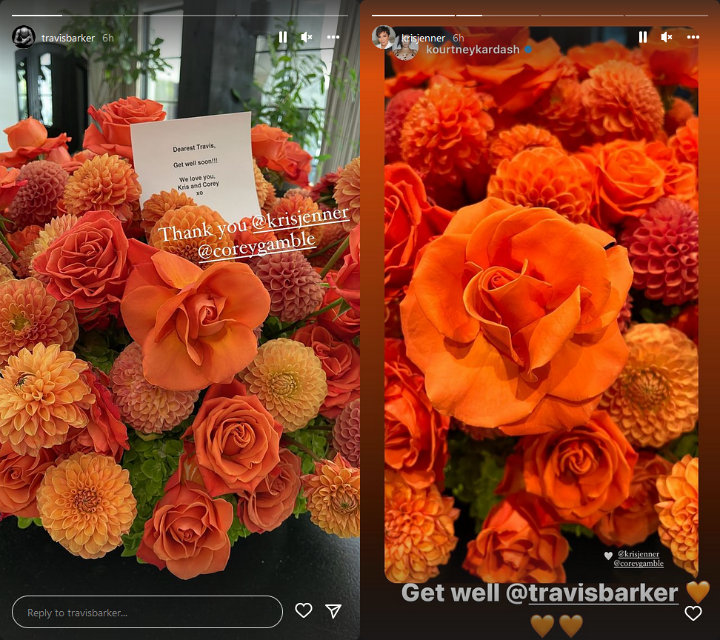 Kris Jenner sent Travis Barker a flower bouquet as he recovers from pancreatitis.

The “What’s My Age Again?” hitmaker, who has 18-year-old son Landon and 16-year-old daughter Alabama from his previous marriage to Shanna Moakler, had been undergoing “intensive treatment” since he was taken to Cedars-Sinai Medical Center in Los Angeles in late June after being stricken by “excruciating pain” following a routine procedure.

Travis explained on his Instagram Story, “I went in for an endoscopy Monday feeling great. But after dinner, I developed excruciating pain and have been hospitalized ever since. During the endoscopy, I had a very small polyp removed right in a very sensitive area, usually handled by specialists, which unfortunately damaged a critical pancreatic drainage tube. This resulted in severe life-threatening pancreatitis. I am so very very grateful that with intensive treatment, I am currently much better. (sic)”

Meanwhile, Kourtney, who has 12-year-old Mason, 9-year-old Penelope and 7-year-old Reign with ex Scott Disick, wrote on her own Instagram Story, “Oh what a scary and emotional week it has been. Our health is everything and sometimes we take for granted how quickly it can change. Travis and I went in for a routine endoscopy together and he ended up with severe, life-threatening pancreatitis.”