Kit Harington is known for playing Jon Snow in the hit fantasy epic Game of Thrones, which came to an end this weekend. Kit played the brooding and troubled character for eight years, and thanks to the show met his now-wife, Rose Leslie. Rose played Wildling Ygritte in the show, starring in seasons two, three and four.

They then held their wedding reception in the grounds of Wardhill Castle, which is owned by the actress’s father Seb Leslie. 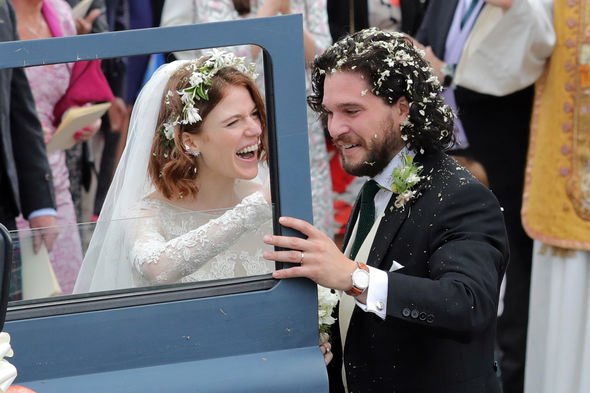 Kit’s brother John managed to sneak a line from Game of Thrones into his wedding speech, as he was Kit’s best man.

The line in question is “You know nothing, Jon Snow”, which was delivered by Rose’s character Ygritte to Kit’s character in season 2, episode 7.

Kit told the Tonight Show in April the quote is frequently yelled at the pair of them by fans who see them in public.

But Kit doesn’t like the quote being repeated as he said: “I hate it, I hate it when people say it”. 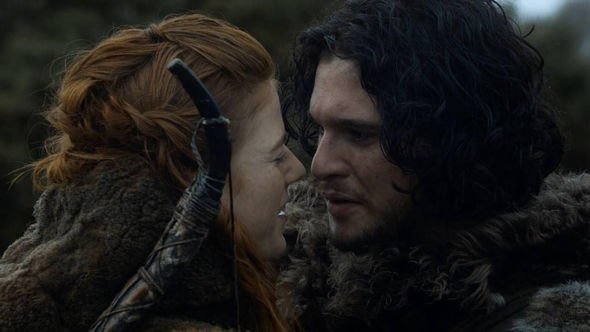 However, when his brother managed to use it in his best man speech, Kit didn’t mind it so much.

Kit said: “My brother managed to get it into the end of my best man speech.

“It was quite sweet, actually.

“He said, ‘Looking at the woman you’re marrying, it shows you do know something, Jon Snow.’ Which is sweet!”

Read More: Game of Thrones finale: What is west of Westeros? Where is Arya going? 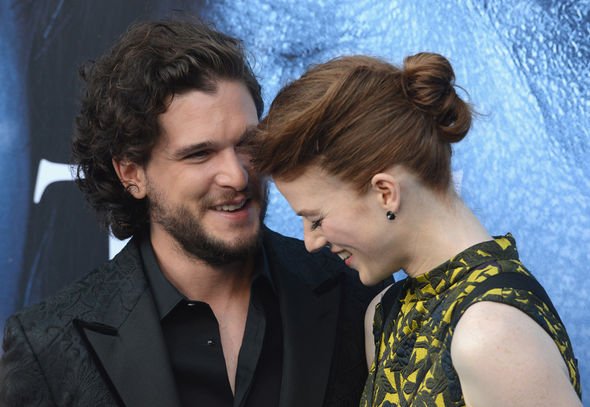 Kit also revealed his best memory of Game of Thrones was three weeks in Iceland when he filmed the second season with Rose.

He said: “Because the country is beautiful, because the Northern Lights are magical, and because it was there that I fell in love.

“If you’re already attracted to someone, and then they play your love interest in the show, it becomes very easy to fall in love.”

Game of Thrones aired its final episode this past weekend, signifying the end of an era for fans.