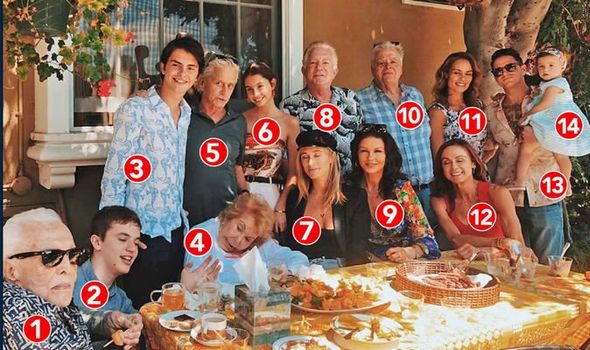 Pictures of late actor proudly sitting with several generations of his family last summer show, as Michael said in his tribute, a “loving grandfather,” and “wonderful husband,” – a family man.

The family portrait, taken in August 2019 and posted online by several members of the family, captures four generations of the Douglas clan.

Kirk sits at the head of the table next to his wife of 65 years Anne Buydens, who celebrated her 100th birthday in April last year.

Also in the picture is Michael and his wife Catherine Zeta Jones, 50, and their two children Dylan, 19, and Carys, 16.

Michael’s eldest son Cameron, 41, from his marriage to Diandra Luker is also in the picture along with his wife Viviane Thibes and their two-year-old daughter Lua Izzy Douglas. 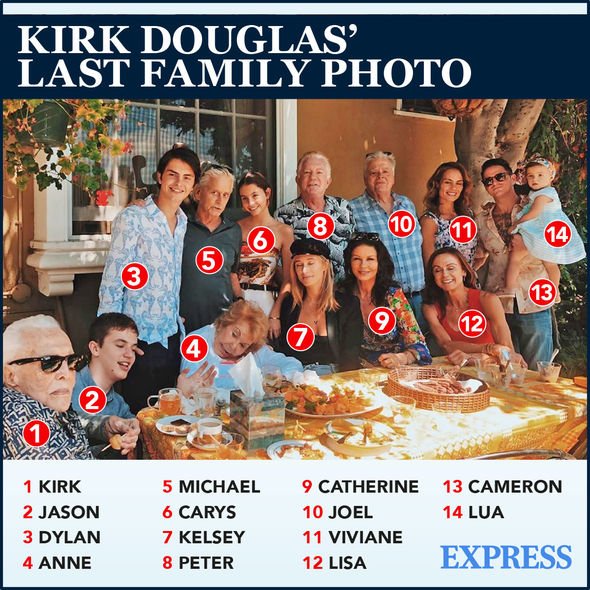 Michael’s brother Joel, 73, stands next to his half brother -Kirk and Anne’s eldest son- Peter Douglas, 64.

Also in the family snap is his wife Lisa and their children Kelsey, 28, and Jason, 17, who can be seen in the front row.

Kelsey, who shared the Instagram post, said the image was “missing a few key players” – siblings Ryan and Tyler were not in the picture.

The Kominsky Method star took to Instagram this morning to share the sad news of his father’s death. 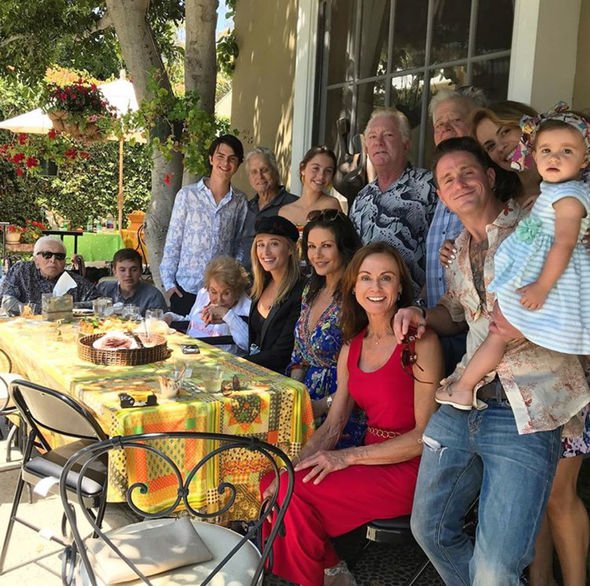 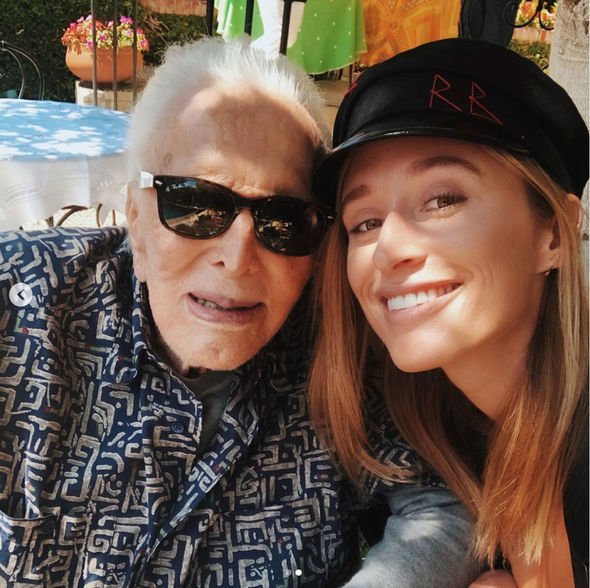 Michael wrote: “It is with tremendous sadness that my brothers and I announce that Kirk Douglas left us today at the age of 103.”

“To the world, he was a legend, an actor from the golden age of movies who lived well into his golden years…”

But to me and my brothers Joel and Peter he was simply Dad, to Catherine, a wonderful father-in-law, to his grandchildren and great grandchild their loving grandfather, and to his wife Anne, a wonderful husband.

The proud son signed off his post, by added: “Let me end with the words I told him on his last birthday and which will always remain true. Dad – I love you so much and I am so proud to be your son.”