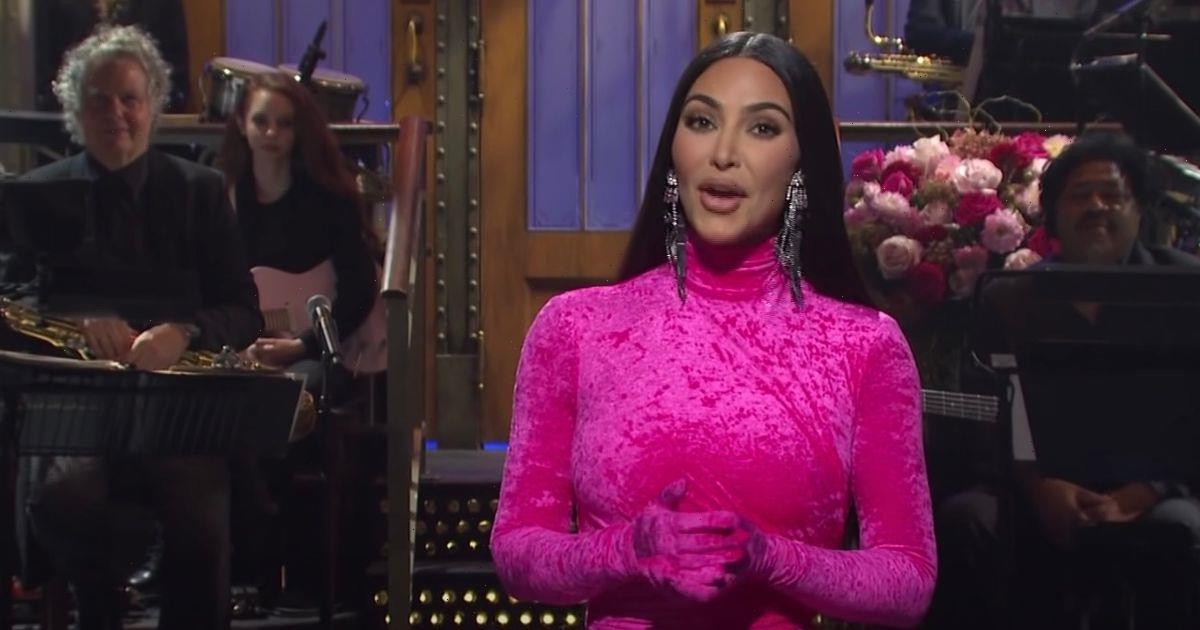 Kim Kardashian took aim at her ex-husband Kanye West as she made her hosting debut on Saturday Night Live.

Former Keeping Up With The Kardashians star Kim, 40, made her hosting debut as she appeared on Saturday Night Live on Saturday 9 October.

As she gave her opening monologue on the show, Kim didn't pull any punches as she discussed her sex tape, surgery, famous family and even her divorce from rapper Kanye, 44.

Kim took to the stage in a figure hugging pink dress with matching gloves as she opened the show.

During the speech, she discussed her split from Kanye. Kim, firstly, took a swipe at her ex's failed career in politics as as she said: "Now I know we're divided as a country but I'd love America to come together which is why I'm here to announce that I'm running for…I'm just kidding, you guys.

"I'm not running for president. We can't have three failed politicians in one family."

But, she also had praise for the Gold Digger hitmaker as she said: "I've been very blessed in this life and I'm grateful for everything, honestly all the ups, all the downs, I mean I married the best rapper of all time.

"Not only that, he's the richest black man in America, a talented legit genius who gave me four incredible kids."

Kim then gave fans a further insight into why she decided to split from Kanye as she said: "So, when I divorced him, you have to know it came down to one thing – his personality.

"I know that sounds mean but people keep telling me that comedy comes from truth and if there's one thing that I always strive to be, it's genuine."

During the speech, no one in the Kardashian clan was safe as she also took aim at her sisters Khloe, Kourtney, Kylie and Kendall.

She said: "I'm excited to be here tonight to show you guys I'm so much more than a pretty face, and good hair, and great make up, and amazing boobs, and a perfect butt.

"Basically, I'm so much more than that reference photo my sisters show their plastic surgeons."

It comes after Kim and Kanye sparked reunion rumours once again as they were spotted out ahead of her SNL debut.

Kim was snapped wearing a large neon pink coat and a pair of silver high heeled boots as she stepped out of a New York hotel with her ex-husband Kanye walking behind while attempting to hide his face under a cap.

The reality superstar filed for divorce from Kanye in February this year.

For all the latest news on Kim Kardashian, Kanye West and many more of your favourite stars, sign up to OK! newsletters here.