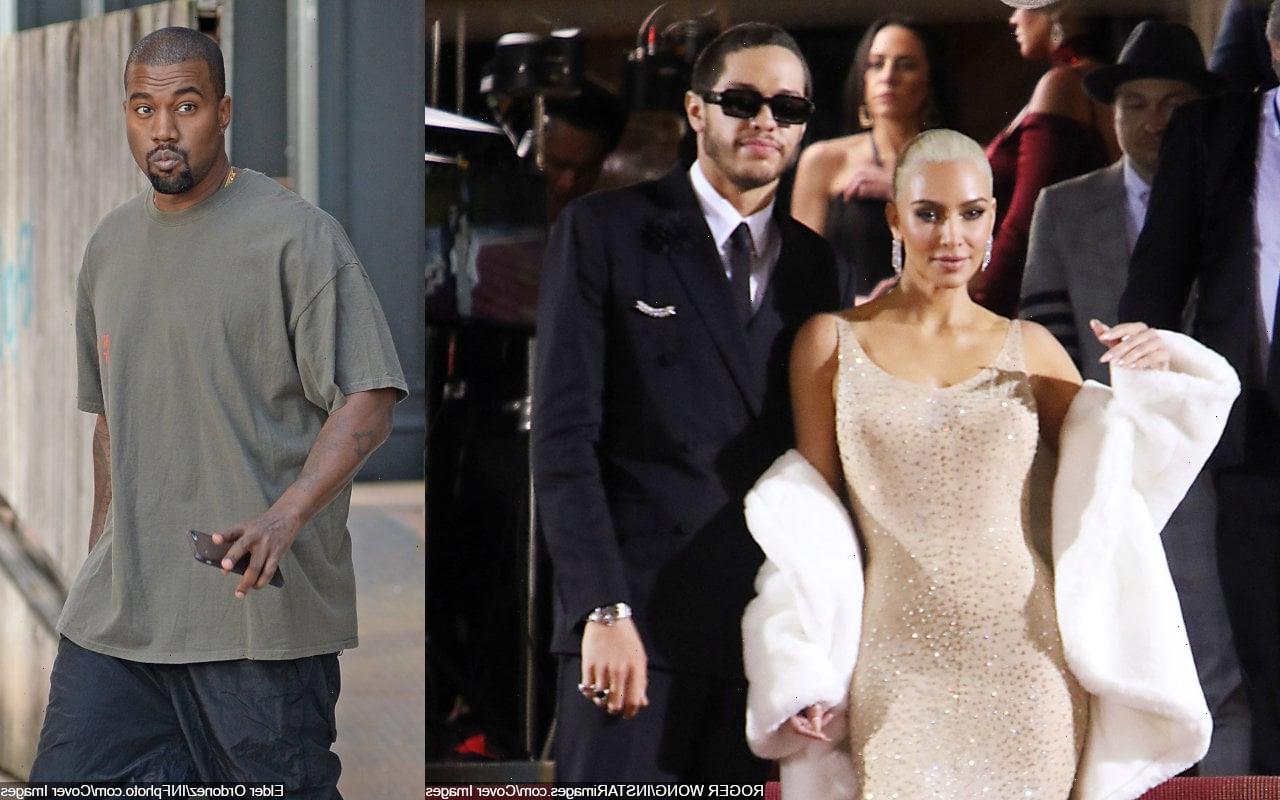 The Atlanta rapper has removed all his Instagram posts, including a picture of a fake headline declaring ‘Skete Davidson dead at age 28,’ after the SKIMS founder reportedly became ‘livid.’

AceShowbiz –Kim Kardashian has still got Pete Davidson‘s back despite their reported breakup. The reality TV star has reportedly defended her ex-boyfriend after Kanye West posted an insulting meme about their split.

“Kim won’t stand for this. She is demanding that Kanye take the post down, but he won’t,” a source told Daily Mail of Kim’s reaction to Ye’s recent controversial post. “She has been vigorously defending Pete.”

Explaining that Kim’s feelings toward Ye won’t change despite her rumored split from the comedian, the source added, “She’ll never get back together with Kanye over the way he’s treated the people she loves and respects.”

“She has tried incredibly hard to have a good co-parenting situation for the children,” the source said of how Kim has tried to keep things civil between him and her ex-husband. Still, “she won’t stand for this type of behavior from him,” according to the source.

Page Six additionally reported that “Kim is livid and incredibly upset” after “Kanye is back to his old ways.” A source said close to the SKIMS founder told the outlet, “Kim will not tolerate his bullying behavior towards the people she loves and cares about.”

“Kim and Kanye have been in such a positive co-parenting space and with communication lately,” the so-called insider similarly dished. “Kim even was happy to support Kanye and do the Yeezy shoot and post for him … This is just a reminder to her that he will never change and why there will never be a chance of reconciliation.”

The source went on noting that Kim will “always protect Pete,” no matter their relationship status.

Kanye mocked Pete following the end of the latter’s relationship with Kim by sharing a meme of a fake tabloid headline which read, “Skete Davidson dead at age 28.” He has since removed all his Instagram posts, including the meme in question.

This isn’t the first time Ye attacked Pete due to his relationship with Kim. Early on the now-exes’ romance, the Yeezy designer took aim at the comedian on his social media posts as well as in his songs’ lyrics. This apparently has affected Pete’s mental health as he’s reportedly seeking help for the online harassment he received at the hands of Ye.

A source close to Pete told PEOPLE that beginning in April, the 28-year-old “has been in trauma therapy in large part” due to threatening posts from Ye. “The attention and negativity coming from Kanye and his antics is a trigger for [Pete], and he’s had to seek out help,” the source claimed.

The “Saturday Night Live” alum, however, “has no regrets for dating Kim and wants it to be made very clear that she’s been nothing but supportive of him throughout their relationship.”

Kim and Pete reportedly called it quits after dating for nine months because of their busy schedules. “They have a lot of love and respect for each other, but found that the long distance and their demanding schedules made it really difficult to maintain a relationship,” a source shared.

Another source claimed age difference played a role in the breakup. “Pete is 28 and Kim is 41 – they are just in very different places at the moment,” the insider said. “Pete is totally spontaneous and impulsive and wants her to fly to New York, or wherever he is on a moment’s notice, but Kim has four kids and it isn’t that easy. She needs to focus on the kids.”