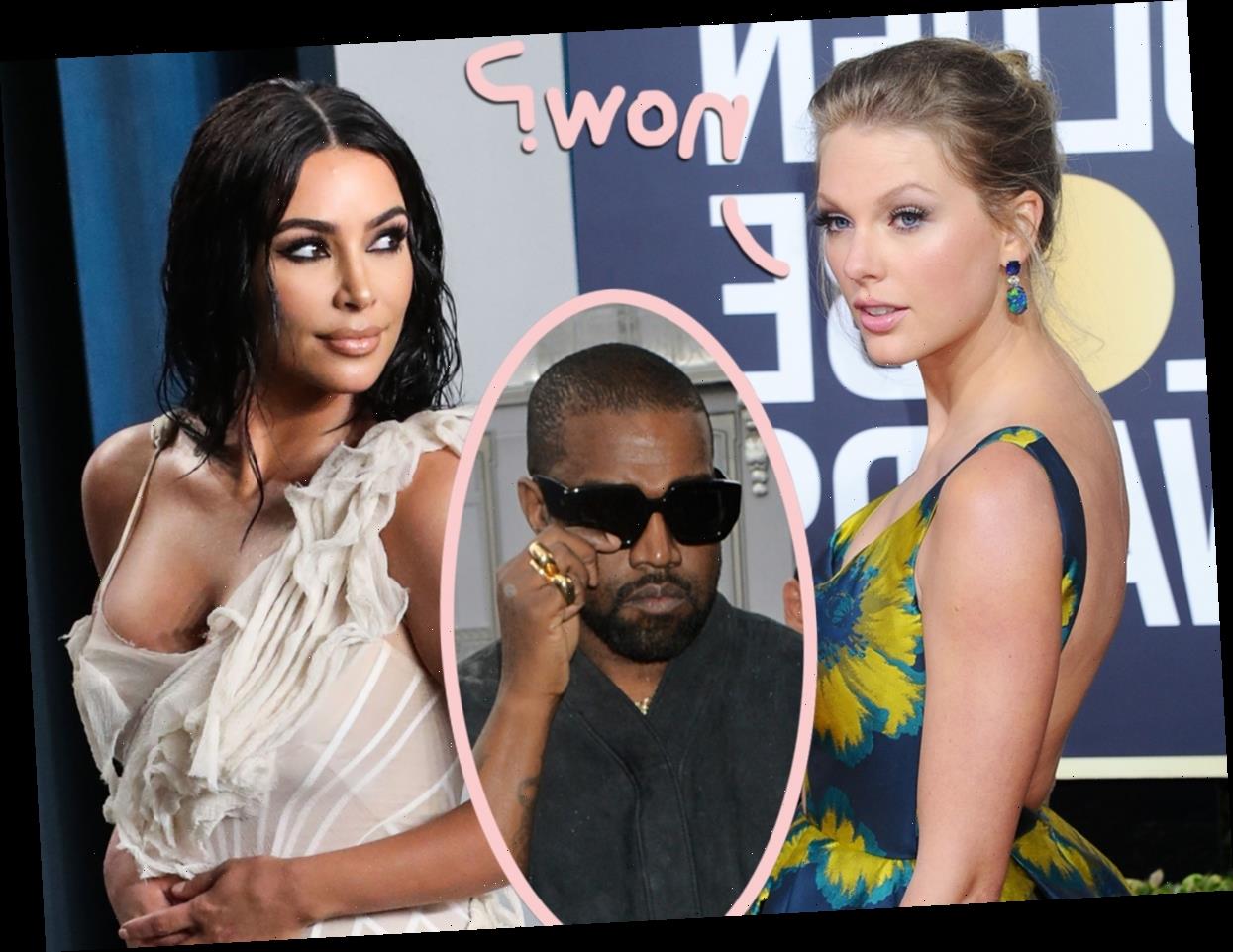 You know they used to have bad blood… but maybe it could one day become mad love?

The feud between Taylor Swift and Kim Kardashian is the stuff of Hollywood legend by now, but what if there’s a way that rift could be healed? That’s what some fans are wondering after Kim was caught listening to Taylor — rather by accident we think — this week.

In case you missed it, the Skims creator filmed some of her reactions to her new obsession, the saucy period piece drama Bridgerton. In a series of Instagram Story vids on Sunday night, she expressed her love for the Netflix hit’s steamy scenes. But fans couldn’t help but notice the music that was playing in the background of one of the scenes… 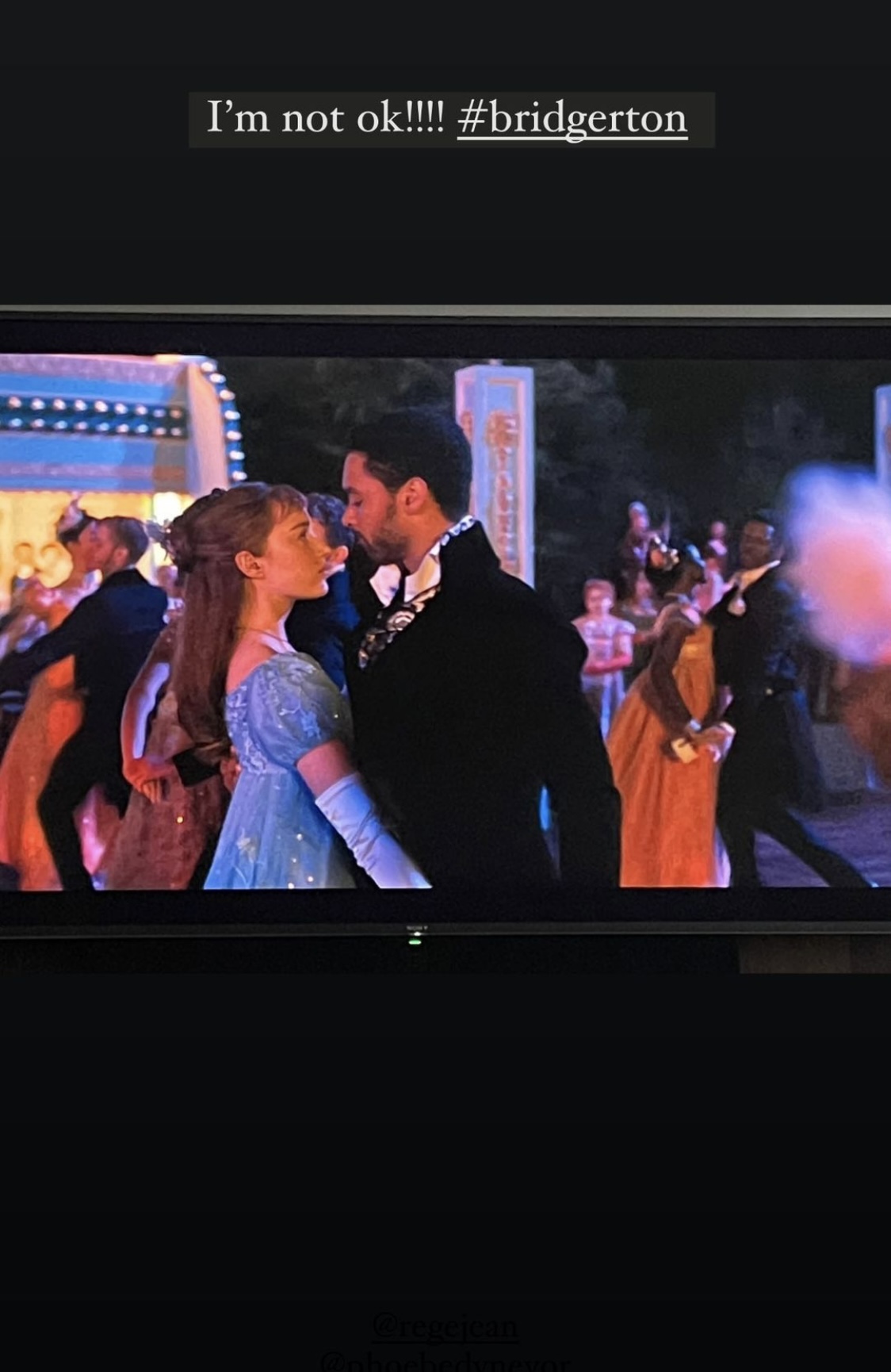 See, the show is filled with anachronistic takes on pop music, and this particular sexy montage was set to a string version of Taylor’s Wildest Dreams. While Kim didn’t mention the music, it did not go unnoticed!

“Kim Kardashian’s stories and Wildest Dreams playing at the back, did no one notice?!?!”

“does Kim even know that song is Wildest Dreams? lmao”

While one jokingly labeled Kim “the no.1 swiftie.”

We’d guess Kim did not know at the time what she was playing on her Story, but who knows? Maybe she just doesn’t care at this point! After all, this whole feud started with Kanye West anyway, right?

It all began back at the 2009 VMAs when the Power rapper jumped onstage and grabbed the mic from Taylor, who was accepting the award for Best Female Video, to tell everyone it was actually Beyoncé who deserved it. He then milked that moment by, according to Taylor, tricking her into thinking they were on good terms only to set her up to look bad again at the 2015 VMAs years later.

How did Kim even get involved? Well, she was protecting her hubby at the time, who — after a big bouquet of apology flowers — talked Taylor into giving her blessing on some lyrics on his song Famous. Obviously like Lucy with the football, he was just planning on embarrassing her again with different lyrics she hadn’t agreed to, not to mention a video with a nude doll of her.

Only Kim went one step further, posting a video of Kanye talking to Taylor that was recorded and edited without Taylor’s knowledge in order to make the Reputation singer look like the “two-faced” one. We didn’t even hear the full, uncut call, which seemed to exonerate Tay, until about a year ago.

It’s hard not to view what Kim did as scheming, one might say snakelike, behavior, but was it all in the name of Yeezus?

Now that even she was pushed past the breaking point by his antics, surely she must feel some kind of sympathy for her nemesis. Right? After all, we learned Ye wasn’t the biggest fan of women’s independence in the end — maybe Kim realizes she should have been on Taylor’s side in this all along?

If so, maybe this is her clever, furtive attempt at making the first step toward some kind of peace between the two?! Even if it is, would Taylor accept — or would it be twice bitten, thrice shy?? Hmm…

It’s actually not the first time she’s been caught listing to Swift post-feud, but still…

Is this all just in our wildest dreams or what? Did Kim not even realize what the song those cellos were playing?? What do YOU think, Perezcious readers? Let us know if you think we’ll have an end to the Kimlor feud in our time!