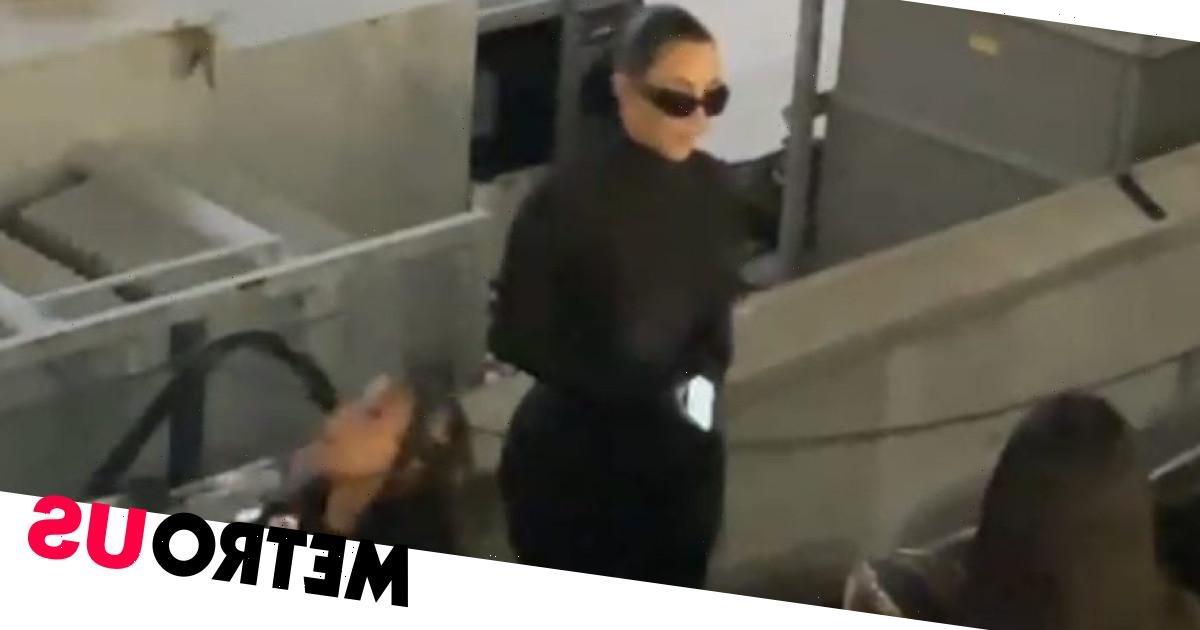 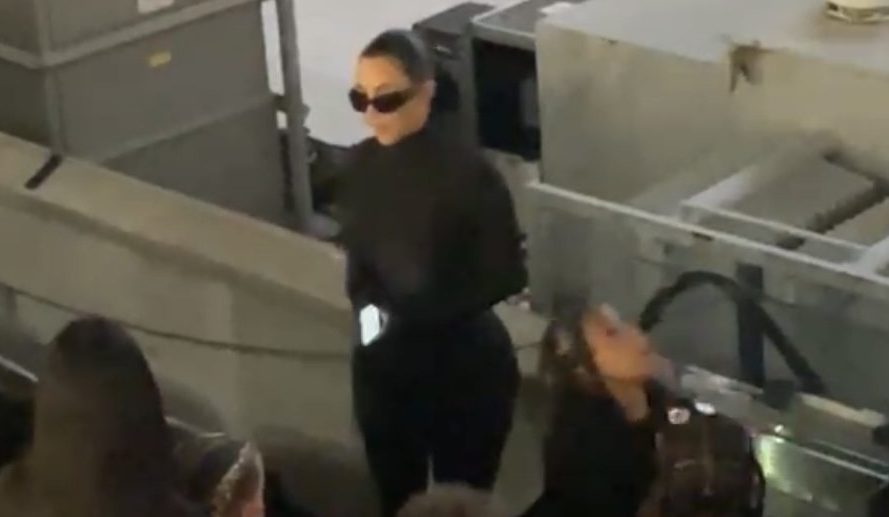 The Keeping Up With the Kardashians star was spotted arriving at the Mercedes-Benz Stadium in Atlanta, Georgia alongside the four children she shares with Kanye – North, eight, Saint, six, Chicago, three, and Psalm, two.

It appears Kanye gave Kim the memo about the dress code as she wore an all-black outfit with a long-sleeved vest top and black trousers teamed, similar to the rapper who also wore black but added a bulletproof vest.

Shortly before the event kicked off, Kim shared an Instagram photo of the rest of her outfit, including a Balenciaga mask and matching gloves.

Her presence at the event – after also attending Kanye’s first Donda party last month – has sparked a debate over whether the couple are officially back together or if they’re simply on good terms for the sake of their children.

One fan predicted: ‘I just know kim and kanye are gonna get back together at some point. i know it.’

Another claimed: ‘Kim and Kanye getting back together, they had to break up so the album could come to life.’

Kim, 40, filed for divorce from Kanye, 44, in February citing irreconcilable differences after six years of marriage. In episodes of KUWTK, the reality star explained that she wasn’t able to uproot her life in California and move to Wyoming where Kanye is now primarily based.

Rather than perform the songs, the Grammy-winning rapper did push-ups, danced and reportedly even made phone calls as the audience watched (how he was able to hear anyone in the loud venue is beyond us).

Donda, named after his late mother Donda West, was originally scheduled for release last month but it was delayed to this week as Kanye continued to work on the tracks – while living in the Mercedes-Benz Stadium.

It’s now expected to arrive on August 7 however, this is Kanye so anything’s possible.