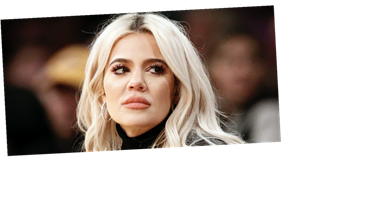 A Khloé Kardashian bikini photo is going viral, and in a rare turn of events, the attention isn't due to a "photoshop fail" — rather, it's the lack of apparent editing that has sparked internet fascination.

Over the weekend, a since-deleted image of the Good American co-founder standing poolside in a leopard print bikini surfaced on social media. Of course, the internet is forever, and despite the photo's deletion, screenshots remain in rotation. According to Page Six, many of these duplicates were removed … after Kardashian's camp threatened legal action.

"The color edited photo was taken of Khloé during a private family gathering and posted to social media without permission by mistake by an assistant," KKW Brands CMO Tracy Romulus said in a statement. "Khloé looks beautiful but it is within the right of the copyright owner to not want an image not intended to be published taken down."

Many social media users were upset by Kardashian's choice to remove the photo (and, moreover, her team's intent to wipe it from the web).

Still, Romulus has a point. We can speculate as to why Khloé didn't want us to see the photo, but the only thing that really matters here is that she didn't want us to see it. She, like many of us, has the right to share her image as she sees fit, and the proliferation of the photo in question is ultimately disrespectful. So maybe delete that tweet before Kris shows up at your house with a cease and desist order?