Khloe says it’s her ‘duty’ as a parent ‘to expose’ her black daughter, True, to ‘as much inclusion and variety as possible’.

Khloe Kardashian, 36, proved that she’s not one to shy away from “difficult conversations” during a July 19 interview on the Role Model podcast with Leomie Anderson. During the lengthy chat, the Good American founder revealed how she plans on educating her daughter, True Thompson, 3, on being a woman of color.

“I will always be learning and trying to do the best I can do with being her mom. I am not a woman of color, but I do want her to be exposed to as much inclusion and variety as possible. I don’t want her living in a bubble, thinking. [Because] we do live this very privileged life. I want her to know all types of life and all types of living and be very aware of that,” Khloe shared.

In the interview, Khloe also paid tribute to her late father, Robert Kardashian, who she said exposed her and her siblings to the “realities of life”, while noting the downfall of not having those conversations with your children. “You’re only setting them up for failure if you don’t talk about race, and probably the things that they’re going to endure in the ‘real world.’”

Luckily, Khloe has her sisters to lean on when navigating this space and overcoming any hardships along the way. “The beauty of having some of my sisters in the same situations is we get to have those conversations together,” Khloe shared. Kylie co-parents Stormi, 3, with Travis Scott, 29, and Kim Kardashian, 40, co-parents her children: North, 8, Saint,5, Chicago, 3, and  Psalm, 2, with Kanye West, 44, this isn’t a topic that Khloe has to tackle alone.

[True will be raised in] “a world surrounded by love, but still very aware that she is a woman of color. I have to educate her as best as I can while still educating myself at the same time,” Khloe shared. “It’s our duty as parents to expose them, while they have the safety and security of their parent to either communicate that with them and still guide them and help them.” 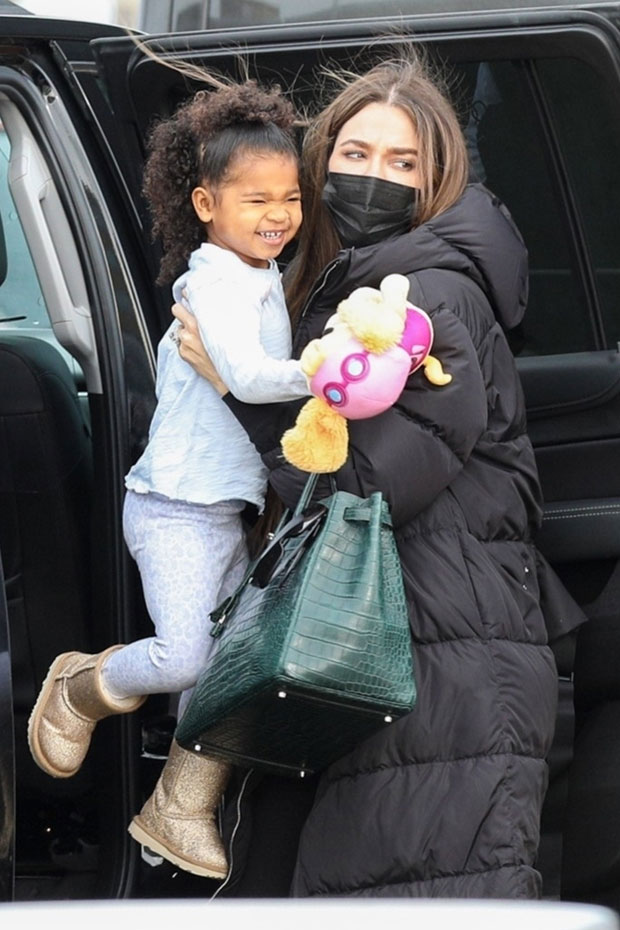 Motherhood brings on its own set of challenges and doesn’t necessarily come with a handbook; however, Khloe is dedicated to doing her best and notes that it’s all about “timing” and knowing when it’s right to have these conversations. “Of course, we don’t want to overexpose our children or tell them things too young,” Khloe said. “I don’t know when that time is. I think I’ll learn it once I’m in it.”

The Keeping Up with the Kardashians star and True’s father, Tristan Thompson, have had to overcome a lot to get their relationship back on good terms. The two have managed to get to a “solid place” when it comes to co-parenting their baby girl to the best of their abilities.

“We just really became genuine, great friends with one another and great co-parents,” she explained. “He’s a great dad. It was just this natural progression. I’m not saying it’s what I would encourage other people to do, it’s just what naturally happened for him and I.”