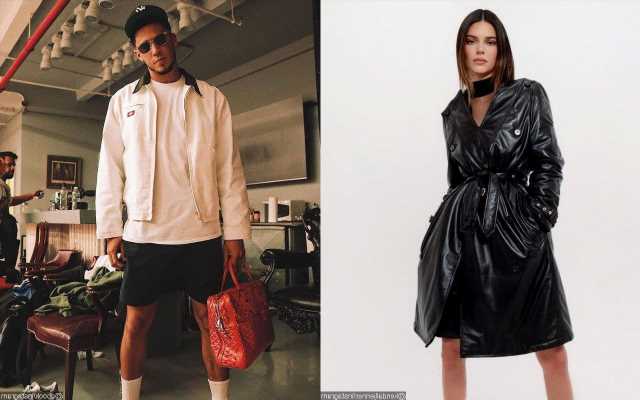 The former ‘Keeping Up with the Kardashians’ star joins her boyfriend on a tour of his hometown, Mississippi, when he returns to open renovated basketball courts in Moss Point.

AceShowbiz –Kendall Jenner is meeting the in-laws. Having been dating for over a year now, the model and Devin Booker are seemingly getting more serious with their relationship as he has taken her to meet his family.

Over the weekend, the NBA star returned to his hometown of Mississippi and he took his girlfriend with her. The reality TV star joined her beau for a tour of his hometown as the Moss Point High School alumni opened two renovated basketball courts in Moss Point on Saturday, August 28.

The athlete was on hand to cut the ribbon for the courts in association with nonprofit organization 2K Foundation before shooting an honorary free throw. The tour then continued with a family time, during which he took Kendall to meet his mother and great grandmother.

Other snaps showed Kendall interacting with fans and taking pictures with them. For the outing, she looked lovely in an off-white floral dress with black straps on the shoulders and the waist as she also wore a cream-colored face mask.

Devin also masked up most of the time throughout the tour, including when he shot a free throw, though he did remove his mask when meeting his great grandmother. The 24-year-old dressed casually in a white T-shirt and off-white pants.

After seeing the pictures of clip, some people pointed out how Kendall looked “uncomfortable” around his family. “She only wanted him not to go somewhere with the family,” one comment read. A second critic said, “I know she a model but she got these awkward ass poses.” Another criticized her outfit, “Why is Kendall Nicole Jenner in the dirty south and dress like little house on the prairie?? It’s giving very much uncomfortable.”