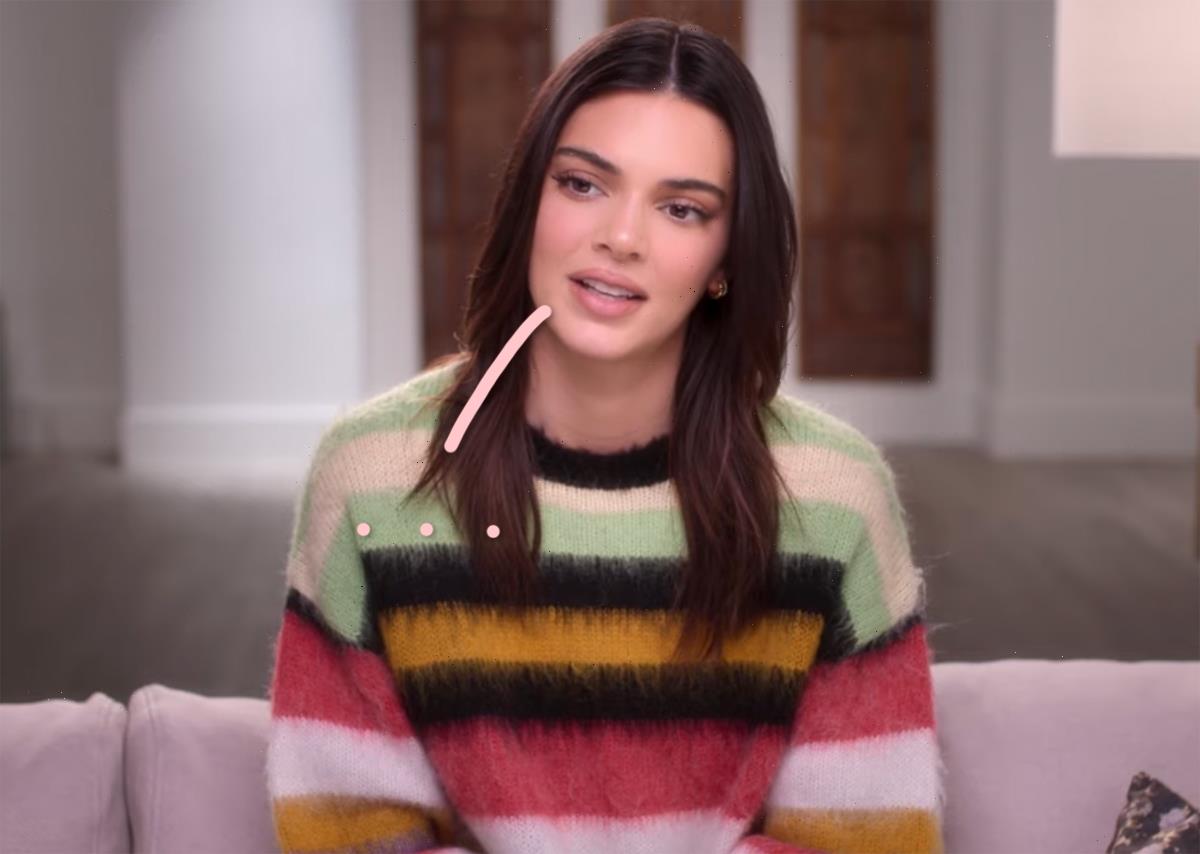 Are you serious, Kendall Jenner? The supermodel was caught red-handed this week leaving her vehicle in a handicap parking spot yet again!

According to pictures obtained by Dailymail.com, Kenny pulled up to Hot Pilates in West Hollywood on Sunday in her massive Land Rover Defender and parked the SUV in a spot clearly marked for drivers with disabilities. Mind you, the Keeping Up With the Kardashians alum does not have a handicapped parking permit. Why would she, right? She’s an able-bodied, healthy 27-year-old — she was even going to the gym ffs!

Kendall — who sported a white tank top, black leggings, sneakers, sunglasses, a drawstring gym bag, and a sweatshirt wrapped around her shoulders — did not get a ticket. Paparazzi just happened to see the infraction. According to them, it wasn’t until an hour later that Kendall, who went with a male assistant to the class, returned to her car and left the area. SMH.

As you can imagine, the reality star’s behavior angered some people on social media, who wrote:

“seriously Kendall Jenner parking her $100,000 Range Rover in a handicap spot while she takes a ‘hot Pilates’ class just screams ‘I’m entitled & don’t have to follow the law!’ Taking that spot from someone who truly needs it is selfish & inconsiderate.”

“@KendallJenner how can you park in a disable parking spot? So entitled and disrespectful.”

“@KendallJenner do you really have to take a handicapped parking spot?”

Not only is it just awful to take the spot, which is placed near the entrances of most establishments in order for better accessibility for people with disabilities, it’s also illegal — and can carry up to $1,000 under California state law. Additionally, motorists potentially risk their vehicles being towed away and even getting their licenses suspended.

But apparently, Kendall thinks she’s exempt from the rule as this isn’t even the first time she’s come under fire for parking in a handicap spot! Fans previously called out The Kardashians star and Hailey Bieber for being “entitled” and “privileged” for leaving their cars in the spots. Rather than admitting their wrongdoing, sources close to the pair told TMZ at the time that they did it on purpose since they were creating chaos with paparazzi:

“Pilates studio asked them to park in the handicapped spaces because their presence was causing a scene with photogs.”

The insider added that their security teams “will move” the cars after their workout is over, or “stand by” the handicapped spot in case someone needs it. Hmm… Here’s hoping these two actually do have their teams move the cars if someone needs the space because that would be completely messed up if they didn’t! It’s already bad that they take it in the first place…

Reactions, Perezcious readers? Sound OFF in the comments!