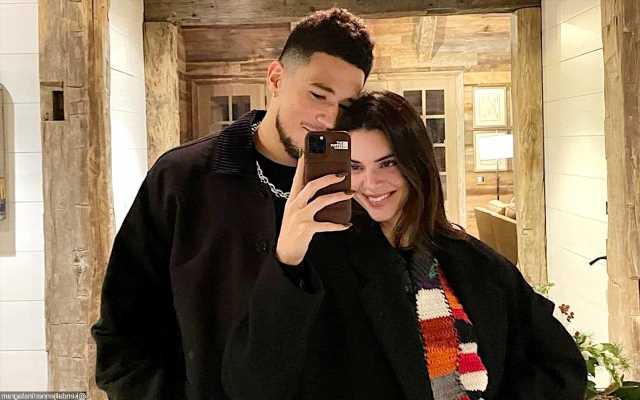 Words are the 818 Tequila founder’s team requested the recent meet up with her NBA star ex at SoHo House in Malibu so that it doesn’t ‘look like she was dumped.’

AceShowbiz –Kendall Jenner and Devin Booker‘s recent meet up may have sparked hopes of their reconciliation among fans of the pair, but it may not be more than a publicity stunt. The exes have been accused of staging the paparazzi pictures of their reunion to save her face following their split.

A source tells Page Six that the photos of the reality TV star and the NBA star hanging out together after their breakup rumors were just a “PR stunt.” It’s reportedly her team’s idea to make it “look like she wasn’t dumped” by the basketballer. “Her team does not want it to look like she was dumped,” a so-called insider adds. “Her people requested the meet up.”

Kendall and Devin were photographed spending some one-on-one time together at the SoHo House in Malibu, California on Sunday, June 26. During their reunion, they were all smiles as they cozied up next to each other outside at the private membership club.

In the paparazzi snaps, the 26-year-old model and the 25-year-old athlete seemed to be in good spirits as they talked, laughed and took in the beautiful views. At one point, Kendall was seen giggling as Devin whispered something in her ear.

An eyewitness told E! News that the pair looked happy and “had great energy between them” during the outing. “They shared things on their phones and laughed,” the eyewitness added. “Kendall was looking up and smiling at Devin.”

The photos surfaced less than a week after it was reported that Kendall and Devin had called it quits after dating for two years. “Kendall feels like they’re on different paths. They have had discussions about their future but they are not on the same page,” a so-called insider told Entertainment Tonight of what led to the pair’s split.

Another source told E! News, “They had a really nice time in Italy together. But once they got back, they started to feel like they weren’t aligned and realized they have very different lifestyles. Kendall told Devin she wanted space and time apart.”

The exes, however, remain friendly and supportive of each other. On Sunday, fans noticed the two liking each other’s Instagram photos. The Phoenix Suns player double-tapped on the catwalk beauty’s post that included a photo of her sunbathing naked, and “The Kardashians” star returned the favor on a picture of the NBA star playing baseball.