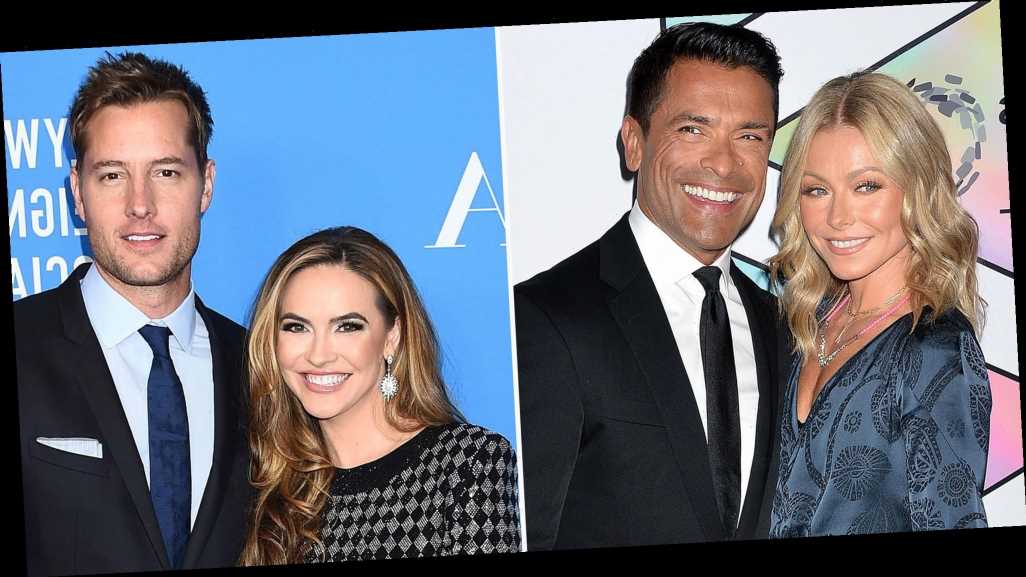 Love on — and off — screen. Kelly Ripa and Mark Consuelos, Vincent Van Patten and Eileen Davidson and more celebrity couples fell in love on the set of soap operas.

“I auditioned him,” Ripa recalled during a SiriusXM interview in August 2018 about meeting her now-husband. “They’d been looking for this character for some time … They didn’t want a dark-haired guy, they wanted a Latino actor. So I had auditioned every Latino actor in the city and around the city and then California. Then all of a sudden, Judy Blye Wilson, who was the casting director in All My Children, said, ‘I found him’ … [Judy] showed me his picture and … when I saw him, the photograph of him, I saw my entire future with him flash before [my eyes]. Like, I saw it. I [didn’t] believe in any of that and now I do because of that moment.”

Ripa and Consuelos played onscreen couple Hayley Vaughan and Mateo Santos on All My Children for several years before exiting in 2001. The Riverdale star previously described their connection as instant during a joint interview with the Live With Kelly and Ryan cohost in 1996.

“Before we ever had a scene together. We’ve been spending 12 hours a day together for the past year and a half,” Consuelos told Soap Opera Digest at the time.

Ripa added, “We just understood each other really well. If two people were ever supposed to be together, I’d say it was us.”

The twosome, who eloped in Las Vegas in May 1996, share three kids: Michael, Lola and Joaquin.

Van Patten and Davidson’s love story, meanwhile, sounds more like a soap opera story line. When the retired tennis pro met the actress on the set of The Young and the Restless in 2000, they were both married to other people. Their origin story came up during season 6 of The Real Housewives of Beverly Hills.

“I knew he was married and I was married and I was totally respectful of that … but whatever. So, he and I, we had a friendship for a long time,” Davidson said in a January 2016 episode of the Bravo show. “We just kind of fell in love. I told my husband at the time, ‘We have a situation here. I am having feelings for somebody’ … I separated from my husband. I was like, ‘This isn’t good. We’ve got to separate.’”

Scroll through for a list of other real-life soap opera couples: