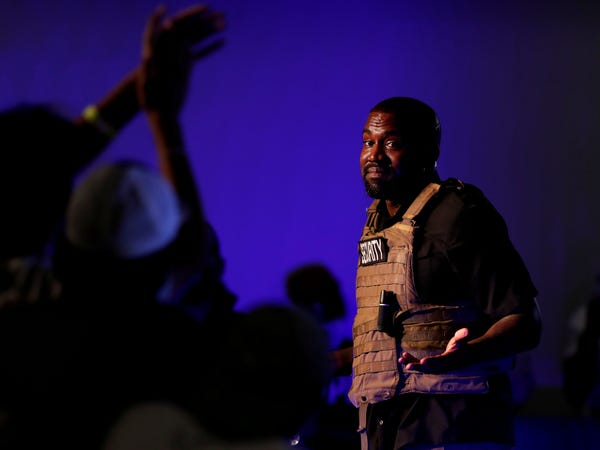 Kanye West has ended his run for president in the 2020 election by conceding with a tweet that went out shortly after midnight Tuesday. It read simply: "WELP      KANYE 2024."

West has since deleted that tweet and posted a new one that says "KANYE 2024" with the same picture.

The Grammy-winning rapper was only eligible on the ballot in 12 states and got around 60,000 votes, according to Deadline.

On Tuesday West wrote in his name on a Wyoming state ballot, which he tweeted. In another tweet, West wrote: "The first vote of my life. We are here to serve. We pray for every servant leader in the world."

West, 43, only did one campaign appearance and it was in Charleston, South Carolina back in July. He wore a bulletproof vest and at one point was seen crying. West was not on the ballot in South Carolina.

As of late Tuesday night, West received a total of 59,731 votes according to the Associated Press. West received the most votes in Tennessee (10,195) and the least in Vermont (1,255).

Here's the breakdown of votes by the 12 states where he was on the ballot as of late Tuesday night: