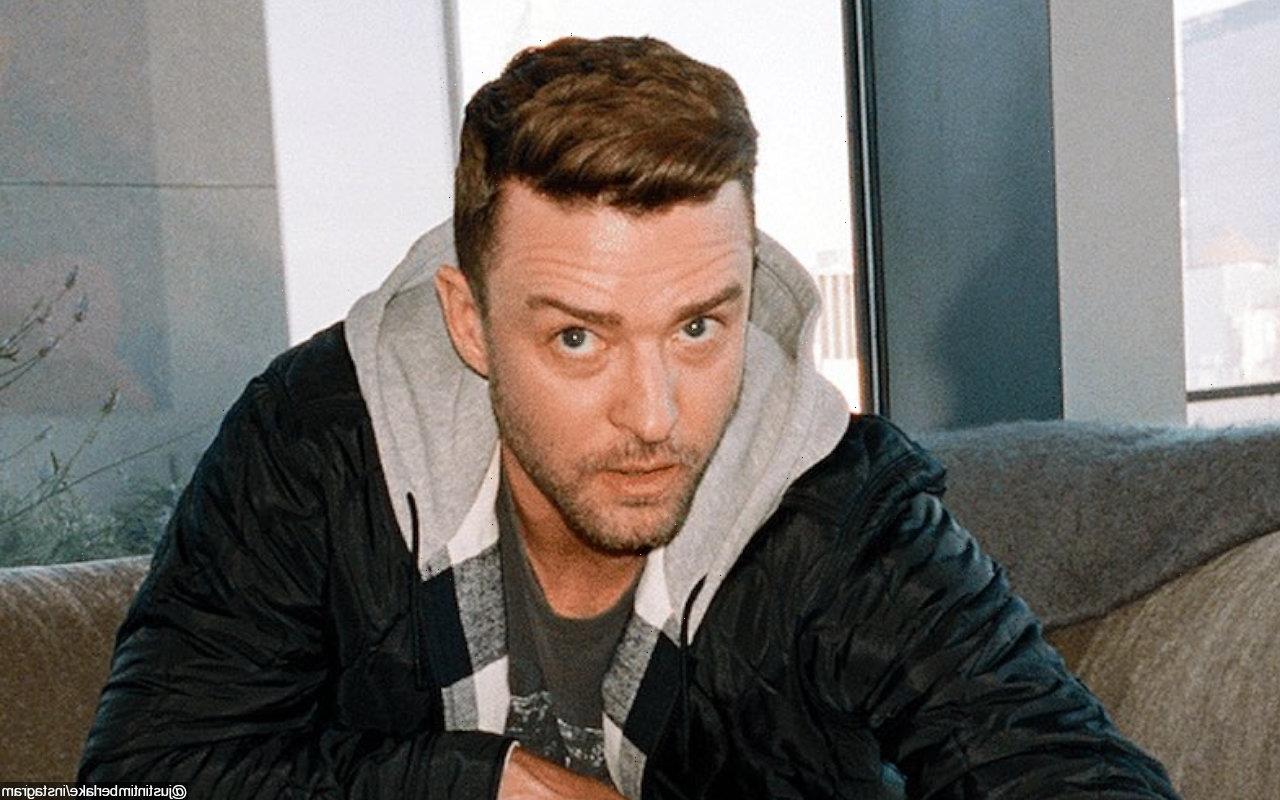 Marking the special day, the ‘Can’t Stop the Feeling!’ singer’s wife Jessica Biel also takes to Instagram to share a tribute post to ‘the moon, the stars and the sour cream pound cake of my life.’

AceShowbiz –Justin Timberlake has offered a little glimpse into his heavily-guarded personal life with Jessica Biel. Nearly one year after welcoming his second child Phineas with the actress, he has finally unveiled the first photo of the 11-month-old boy without showing his face.

Justin let out the never-before-seen pic of his family to mark Father’s Day on Sunday, June 20. In the image, he was playing a video game with his firstborn Silas sitting by his side. His second child, meanwhile, sat on the floor and held onto another controller.

Along with the said image, Justin also posted a photo of him holding his first son Silas as well as images of him with other father figures in his life. “Being a dad is better than I ever could have imagined,” he wrote in the caption.

The 40-year-old then paid tribute to all fathers, writing, “Thankful to my dads and my grandfathers for leading the way, making the sacrifices for me to live out my dreams, and for teaching me that REAL LIFE happens in all the little moments. Happy Father’s Day to all the dads out there!!!”

Meanwhile, Justin’s wife Jessica has taken to her own Instagram page to post a loving tribute to him. Gushing over her husband, the actress described him as “the moon, the stars and the sour cream pound cake of my life” along with several pics of Justin.

“You put a roof over our heads, and then fix it when the home made rocket goes terribly wrong,” she continued praising him in the caption. “You put food on the table, so the baby can throw it under the table. You let us use the couch as an indoor trampoline even though we have one outside. You love the noise and the chaos of it all even though you’ve worked all night are are trying to sleep.”

Expressing her feelings, she added, “We are grateful for you for all the big things and the things we don’t see. Thank you for making it so fun. We love you dearly. And to all the other dads out there taking names and building play sets, I salute you. Happy Father’s Day.” She then concluded the post with a sweet shout-out, “Baby, You bring the light into our lives in so many ways.”

Justin and Jessica, who swapped wedding vows in October 2012, welcomed their first child Silas in April 2015. Their second child Phineas was born in July 2020, but it wasn’t until recently that the “Total Recall” star spoke about being a mother of two during the COVID-19 quarantine.

“It wasn’t like it was supposed to be a secret. It was just, COVID happened and then I went to Montana with my family and never left,” she said of her well-hidden pregnancy. Recalling how the pandemic made it harder for an expecting mom, she shared, “The hospital restrictions had just changed. And there was a moment there that there was nobody allowed at all and I was really getting nervous about that situation. I think if I had to be there alone, that would have been horrible. I would have been really scared.”