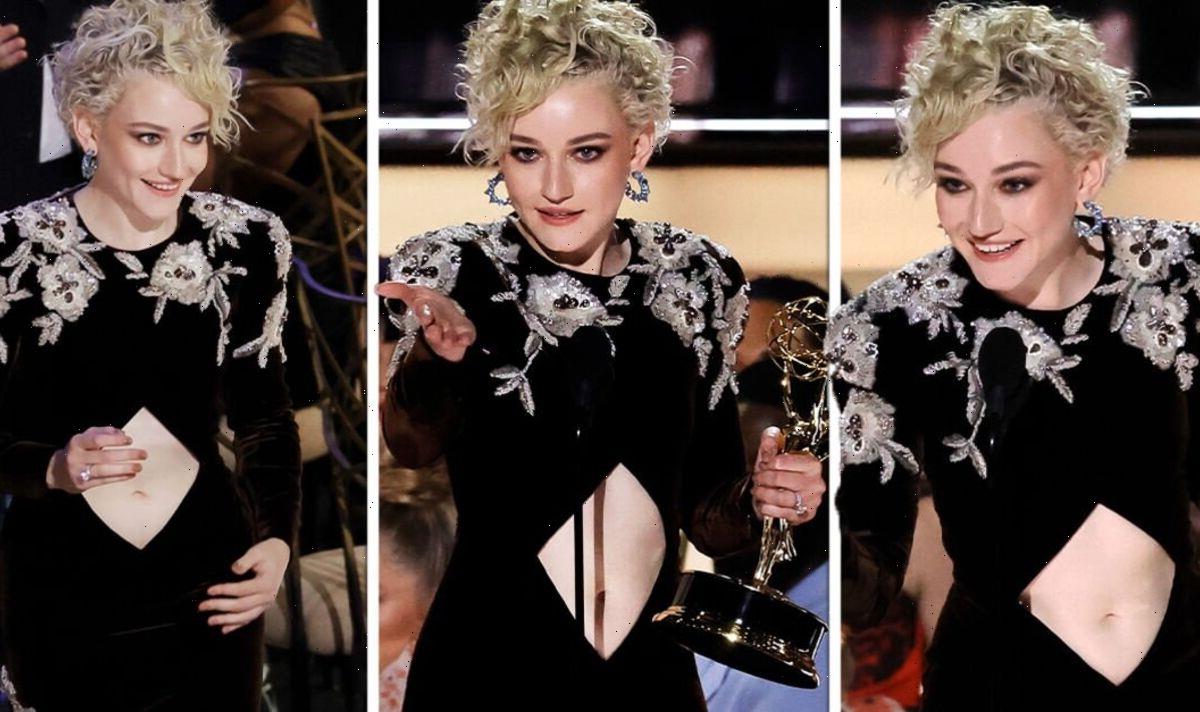 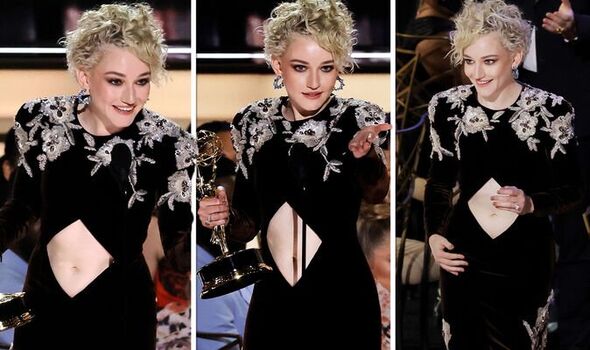 Julia Garner gave an emotional speech after receiving her trophy

The star won an award for Best Supporting Actress for her role as Ruth in the Netflix show Ozark.

Julia stunned in a floor-length black gown which featured ornate floral embellishments all over the bottom half and the long sleeves which had been made by Italian fashion house, Gucci.

Capturing the most attention was a diamond-shaped cut out panel in the centre, revealing the actress’ toned stomach.

Julia wore her bleached blonde hair in a curly updo as she took to the stage to receive her accolade and gave an emotional speech, thanking her fellow cast members. 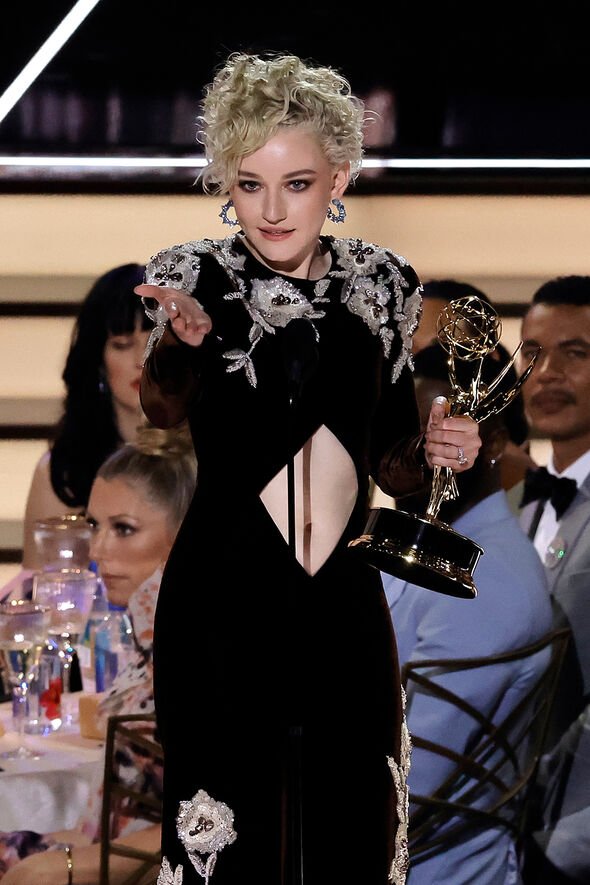 The star, who plays Ruth in Ozark, became emotional while receiving her award 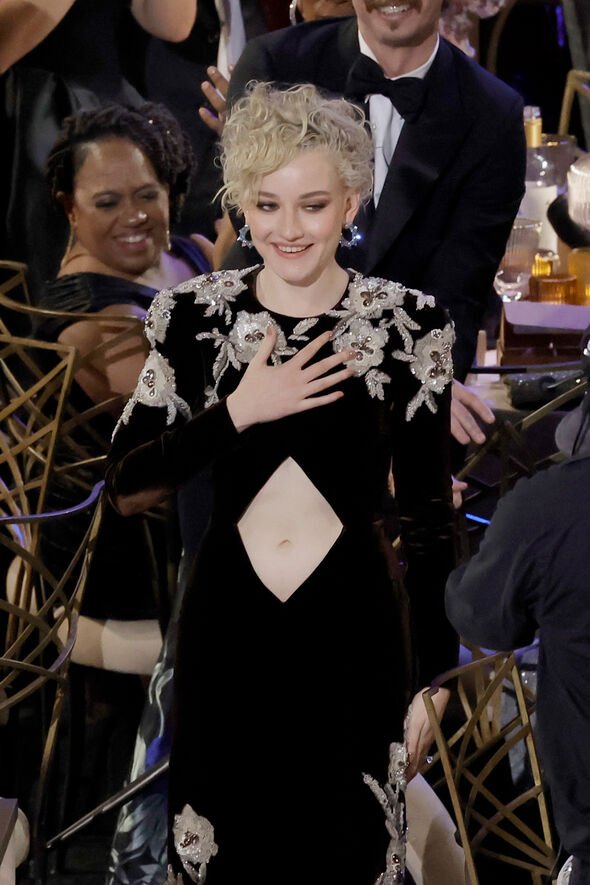 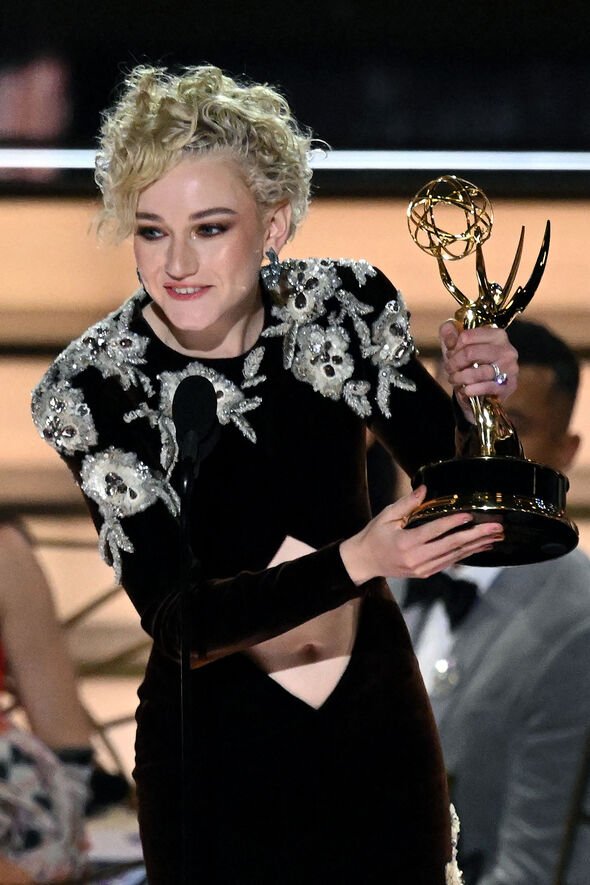 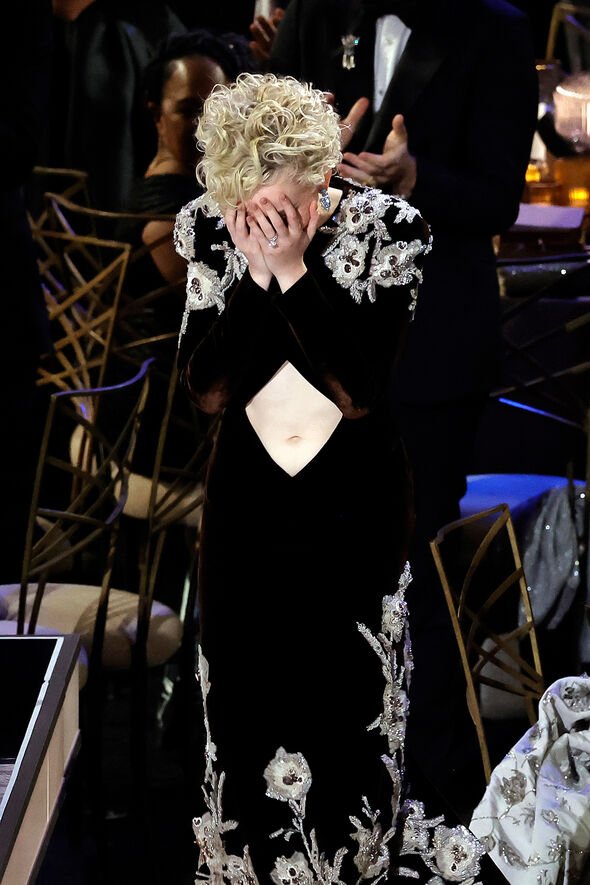 At one point in the ceremony, Julia Garner became emotional as she took to the stage

This was the third time the star had received the award, having previously taken it home in 2019 and 2020 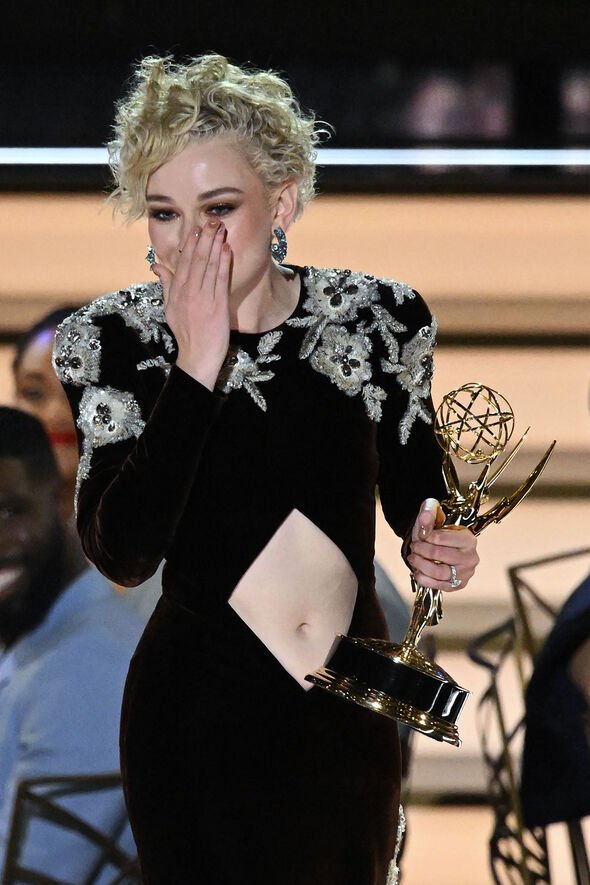 Julia Garner blew a kiss as she ended her speech

The Ozark actress thanked her co-stars, saying playing Ruth had ‘changed her life’ 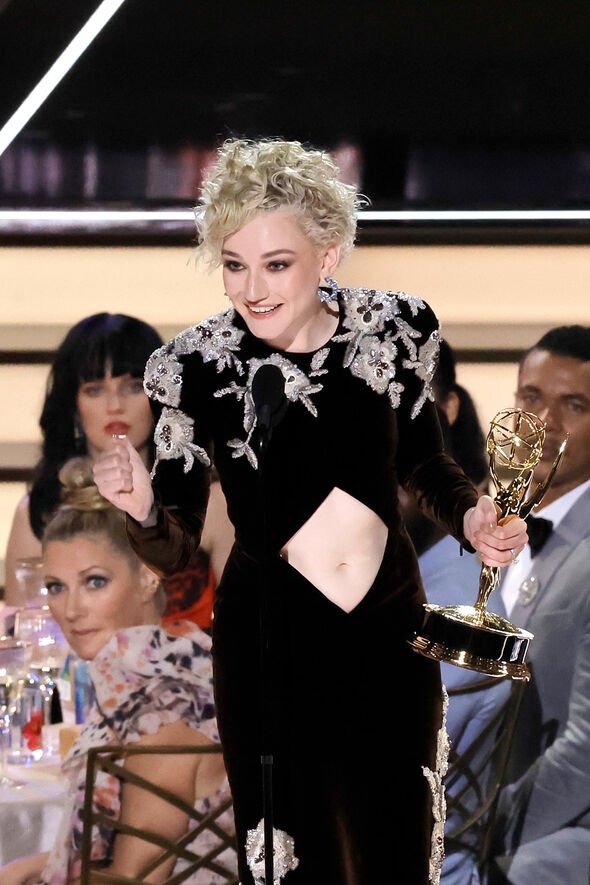 The actress wore a glam full face of make-up, including a hint of bronzer and dramatic outlined eyes

Julia accessorize with a pair of diamond earrings and platform heels