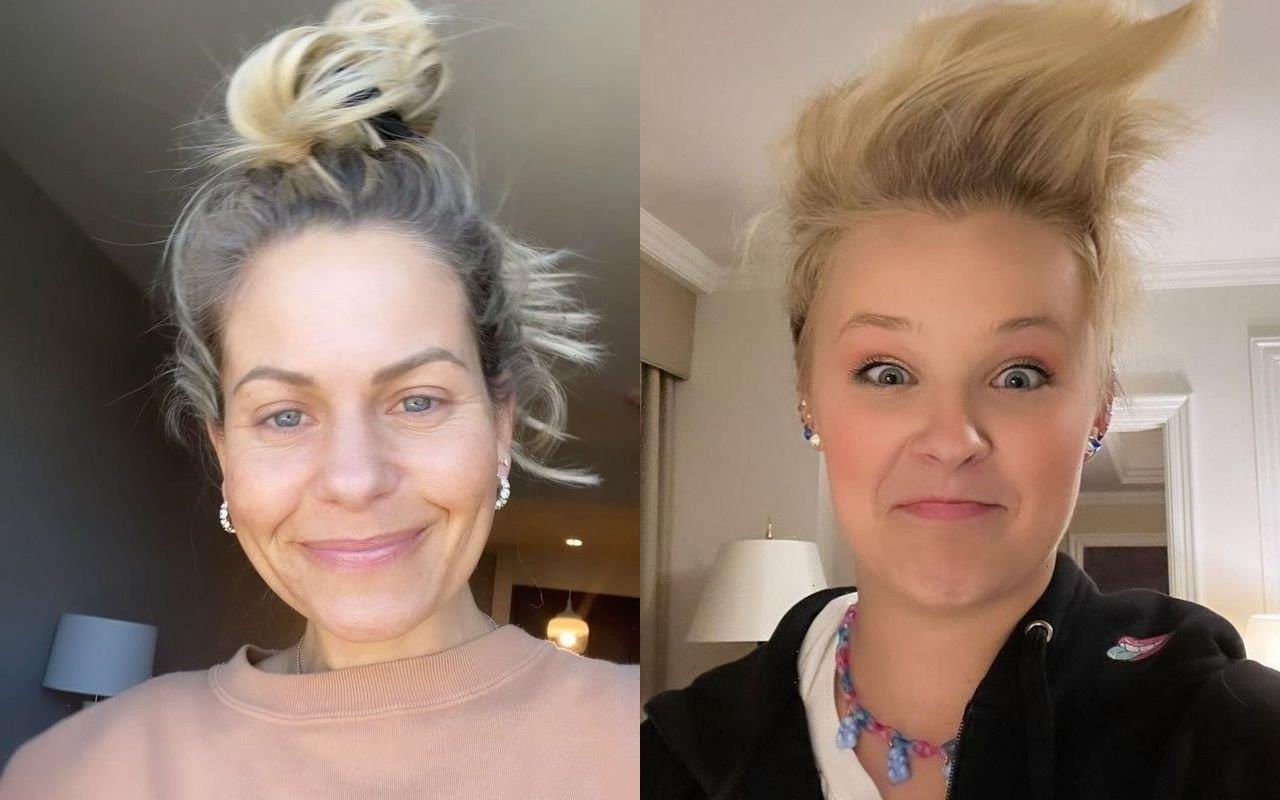 The former ‘Dance Moms’ star has moved on after labeling the ‘Full House’ actress ‘rude’ although she hasn’t spoken to the actress about the controversy.

AceShowbiz –JoJo Siwa and Candace Cameron Bure are cordial now. The 19-year-old social media star insisted she has now moved on from the controversy and thinks both she and the actress are “alive and thriving” after going viral when she labelled the 46-year-old “Full House” star the “rudest celebrity” she’s ever met on TikTok earlier this year.

Asked if things are OK between them now, she added to E! News, “We’re…civil? I don’t know.” JoJo added with a laugh, “I’ve got like three problems since that one so we’re moved on.”

Following her TikTok post calling Candace “rude,” JoJo elaborated on her “rough experience” with the actress. She said, “You know, I had a rough experience when I was little. I was 11, and I was a big, big fan, and I wanted to take a picture with her, and it wasn’t a good time for her.”

But the former Nickelodeon star went on to explain that just because she had a “bad experience,” she has now seen that Candace is not “an awful human.”

She added, “I will say because I had a bad experience, that doesn’t mean that she is an awful human. I think it just was an inconvenient time for her, and little 11-year-old me was just so pumped up and so excited, but that doesn’t mean she’s the worst human ever.”

Candace later issued an apology to JoJo for “breaking her heart” during their encounter. She revealed JoJo told her, “You know, I met you at the ‘Fuller House’ premiere and I was 11 years old. And we were all on the red carpet and I had come up to you and I said, ‘Can I have a picture with you?’ and you said to me, ‘Not right now,’ and then you proceeded to do what you were doing and take pictures with other people on the red carpet.”

Candace claims she has spoken to the former “Dance Moms” star and cleared the air and they are “all good.” She received a backlash from trolls after the video went viral, and reminded people to be “mindful” of what they say online.

In her own video on Instagram, Candace said, “I think that the lesson we can learn is to be mindful of no matter how many followers you have, even a 10-second trending TikTok video can do damage. Because our words matter and our actions matter and whether you have 50 million followers or 500 followers or five followers, we all influence the people around us.”