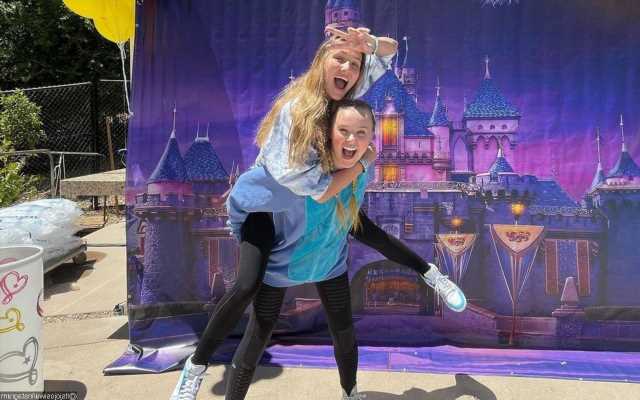 The ‘Dancing with the Stars’ contestant insists she still has a great relationship with former girlfriend Kylie Prew although they are no longer dating anymore.

The “Dance Moms” star opened up to Paris Hilton about the split on the heiress’ podcast “This Is Paris“, saying, “I have yet to talk about this officially, publicly, but we broke up.”

“(Kylie) is still my best friend. I talked to her yesterday, she just got a new puppy. She’s awesome. She’s having the time of her life, I’m having the time of my life… I’m really lucky that I didn’t lose her completely because, you know, even though relationships end, friendships don’t have to end.”

Explaining what led to their split, JoJo admitted her hectic schedule was a factor as well as it being a case of “right person, wrong time.”

“I’m really happy that I remember all the fun times, all the good times, and nothing bad happened,” she smiled. “It just is the definition of a cheesy saying of ‘right person, wrong time’ and I hate cheesy sayings but they’re true.”

Rumours first emerged that JoJo and Kylie had split in October (21) when she stopped appearing in the audience at “Dancing With the Stars” – the U.S. TV show on which the YouTube personality is currently competing.

Jojo Siwa is among the eight contestants left on “DWTS” after Mike “The Miz” Mizanin was eliminated on the November 1 episode.