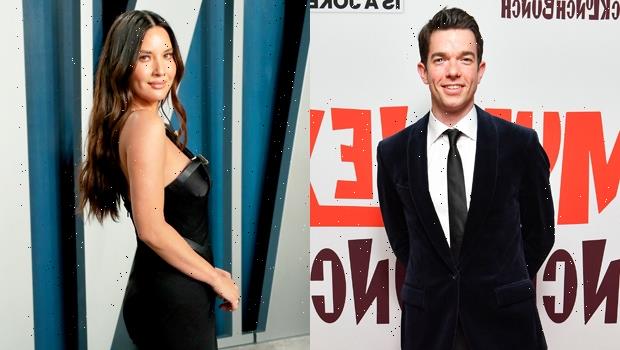 John Mulaney and Olivia Munn are reportedly dating. The news comes just days after the comedian announced his divorce from his wife of nearly seven years, Anna Marie Tendler.

John Mulaney and Olivia Munn are dating, according to People. “This is very new, they’re taking it slowly,” a source close to the new couple shared with the outlet. “They met at church in Los Angeles.” HollywoodLife reached out to both John and Olivia’s reps for comment on the report.

The report comes roughly three days after fans of the former Saturday Night Live writer, 38, and his wife of nearly seven years, Anna Marie Tendler, announced that their marriage was at an end. John previously checked himself into a Pennsylvania rehab facility for a 60-day stay to seek help for his alcohol and cocaine addiction. The New In Town comedian initially asked his wife for a divorce roughly three months ago, per the original report.

The comedian returned to the stage in New York City for a series of performance from May 10-14. The show, entitled “From Scratch,” features new material that John is working on, and marks his first appearance doing standup since entering rehab. The socially distanced shows are being held at the City Winery.

Fans of Olivia will recall that the X-Men: Apocalypse actress, 40, had a rather high-profile relationship with NFL player Aaron Rodgers between 2014-2017. Following her relationship with Aaron, who is currently engaged to actress Shailene Woodley, Olivia dated Tucker Roberts for roughly one year. The two went their separate ways by the end of 2019.