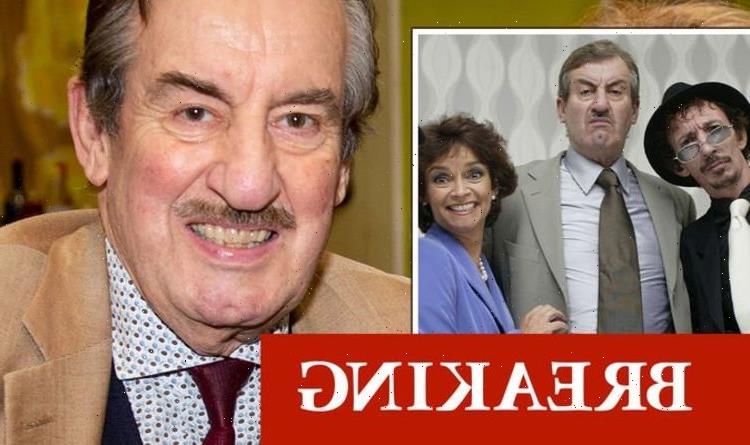 John Challis has died at the age of 79, his family have confirmed. The Only Fools and Horses star known for playing Boycie has died following a battle with cancer.

The news was confirmed earlier today in a statement from his family.

This read: “It is with heavy hearts that we bring you such sad news.

“Our dear friend and yours, John Challis, has died peacefully in his sleep, after a long battle with cancer.”

His family went on to add how he will “always be loved for being ‘Boycie’.

They wrote: “He leaves a great legacy of work that will continue to bring pleasure and smiles for many years to come.”

They asked for privacy at this time but promised there will be an upcoming occasion to “celebrate John’s life”.

Earlier this month, John cancelled a speaking tour due to ill health.

He began on a 30 date tour in September but had to end it after only one show.

He was diagnosed with cancer two years ago.

John was well-known for appearing on Only Fools and Horses from 1981 until 2003.

He starred at the iconic character Terrance Aubrey “Boycie” Boyce alongside David Jason and Nicholas Lyndhurst.

However, he also had an extensive career on screen in other shows, including The Green Green Grass and Benidorm.

In recent years, John had been performing tours around the country speaking about his time on Only Fools and Horses.