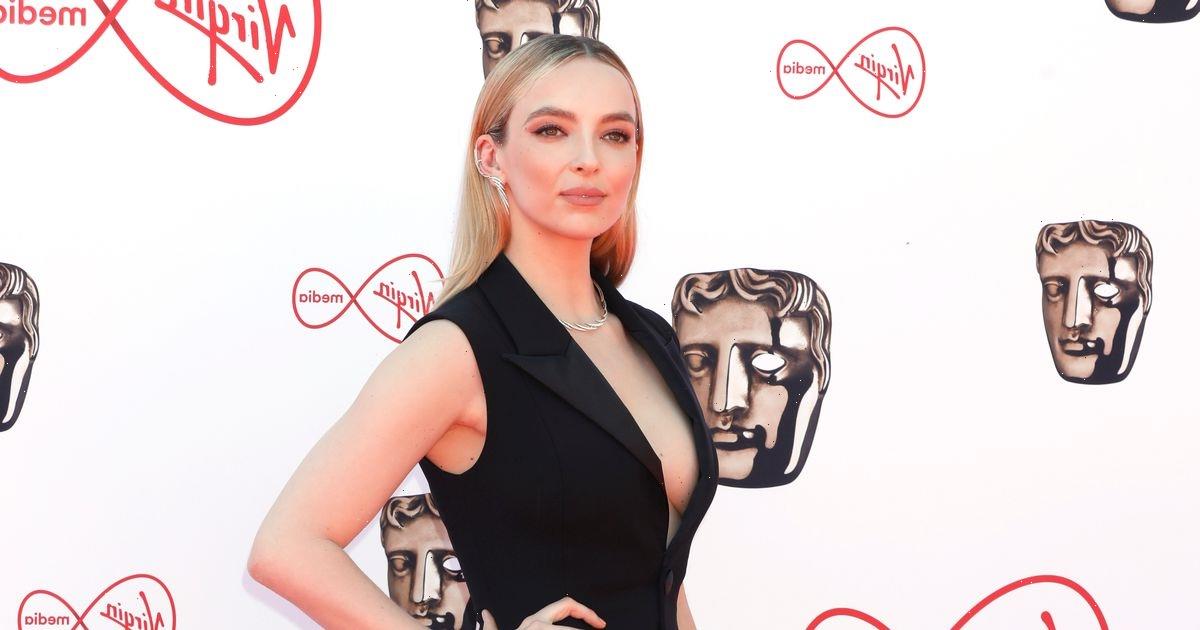 The actress, 29, renowned for her role as Villanelle in the BBC spy thriller Killing Eve, rocked up to the red carpet with her swept back hair and a glamorous makeup look.

Jodie stopped to pose for photos, and showed off her black heels as she popped a leg forward and smiled for the camera.

Opting for black and silver, the star also wore a silver necklace to go with her polished look.

Jodie has been nominated again for a BAFTA this year, and she described it as an "honour" to be part of the film Help, which she starred in alongside Stephen Graham.

And Stephen stopped for photos with his co-star, looking dapper in his black suit.

"The incredible thing about Channel 4 is that they're there to tell those types of stories," Jodie said, during an interview on the red carpet.

She continued to say filming during a pandemic was "surreal."

Jodie also addressed the fact that Killing Eve has come to an end, she said: "My head has been consumed by theatre at the minute. But it is strange, and all good things come to an end.

"It's probably more fresh for the audience than it is for me."

Jodie's red carpet appearance comes after she was reportedly whisked away from a theatre show after being in the midst of a "security scare".

The Killing Eve star was caught in the centre of the action after fans reported "worrying" behaviour.

It comes after fans recalled a man – who was carrying a bouquet of flowers whilst wearing a suit – was acting suspiciously and caused concern at the star's usual exit.

Jodie was encouraged out of the building through a separate exit to avoid the man in question.

The man attempted to enter through the stage door by attempting to get under a shutter.

The actress has been starring in solo show Prima Facie at the Harold Pinter Theatre in London.

For your latest showbiz news, sign up to OK!'s daily newsletter here