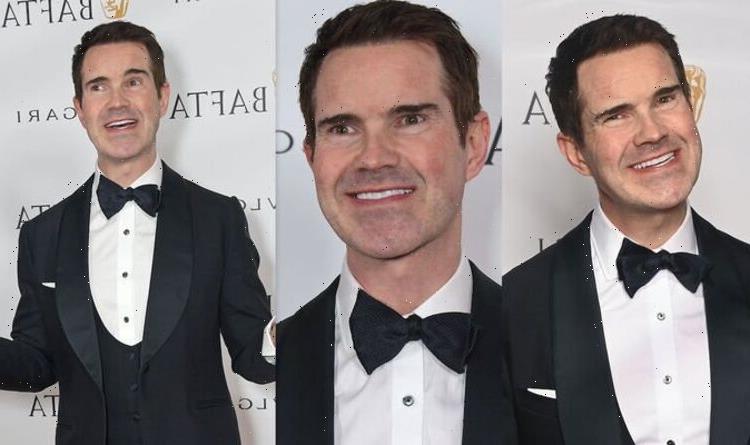 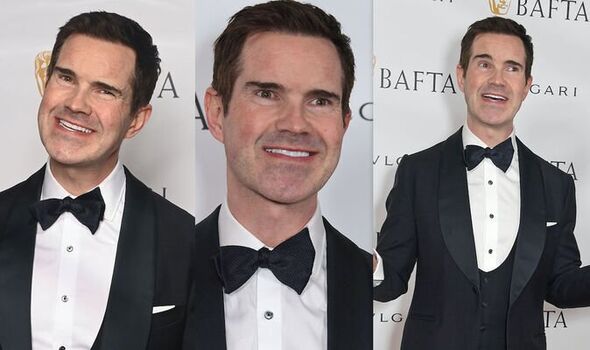 The comedian was walking the red carpet ahead of the event in London.

Jimmy Carr looked to be laughing off his recent controversy as he hosted the BAFTA gala dinner tonight.

The comedian chuckled and smiled as he posed for photos on the red carpet ahead of the BAFTA Awards tomorrow night.

He wore a clean-cut dapper black tuxedo with a bow tie at the glitzy bash, hosted at The Londoner Hotel in the capital.

His appearance comes weeks after he sparked a fierce backlash for a joke he made about the Holocaust during his Netflix special.

The 49-year-old quipped that the “gypsies killed by the Nazis” during World War II was “one of the positives”.

He introduced his show as being a “career-ender” and warned his audience his routine contained “terrible things”.

The Holocaust Memorial Day Trust has described Jimmy’s routine as “truly disturbing” for making light of the murders of hundreds of thousands of people from traveller communities.

Celebrities such as Rob Rinder and Jay Rayner have also slammed Jimmy’s remarks.

He laughed off his recent controversy.

Jimmy made a joke about the Holocaust that angered many.

His joke about the travelling community was heavily criticised

But Jimmy chuckled as he posed for photographs on Friday night in a three-piece suit.

The comic had already warned his jokes would be

But members of the comedy community have rallied around him.

But Jimmy put on a defiant front.

Jimmy looked dapper in a tuxedo

He completed his smart look with a bow tie.